Derrick went to his first football game tonight to watch his cousin Logan play.  It was CHILLY!  We had to make sure the little guy was bundled up tight. 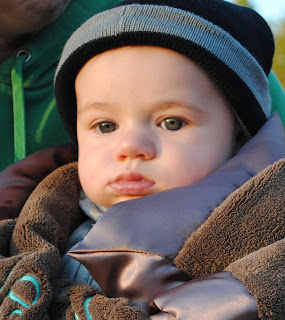 It looks like we have a little sports fan already.  He really enjoyed watching the game and hanging out with Aunt Danielle. 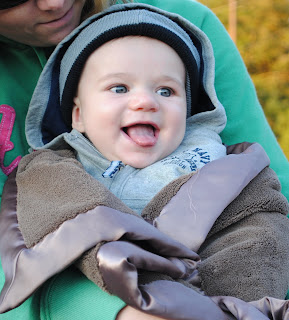 D also enjoyed watching Carter with his new-found freedom...walking.  He was all over the place.  I know we're in trouble when D joins him.  They'll be unstoppable, I can just feel it. 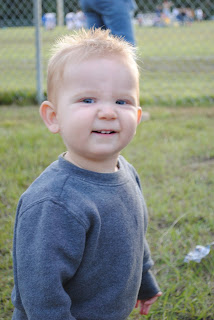 And the star of the show, Logan.  You played a great game tonight buddy.  We are so proud of you! 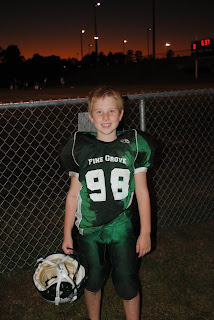 D was passed around the whole game.  He was a little heater, and boy he's getting heavy! 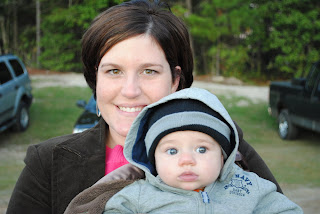 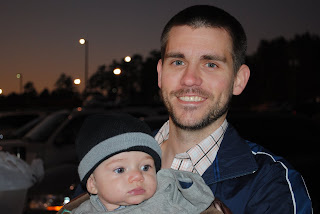 This guy is so silly!  His new thing is squinching (this is a real word to me...you know what I mean) up his nose and breathing fast.  He reminds me of a little bull. 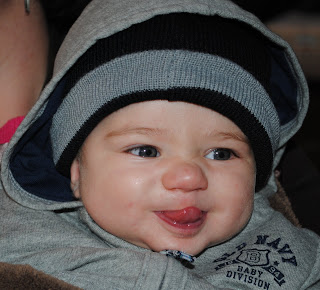 After the game we went to Wild Wings for a little post-football grub.  Derrick was very entertained by his new favorite toy, baby wipes. 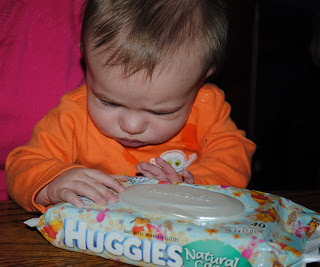 He tried his very first 'real food' tonight, a piece of celery.  I think he liked it.  I had to keep him from gagging himself, but otherwise he did well. 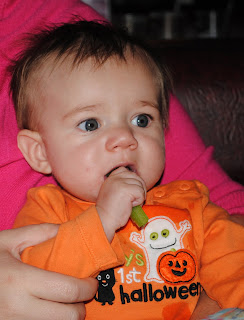 Derrick is so interested in big people food.  He can't wait to get his turn at something that actually tastes good.  He wanted me to tell you that this was his plate... :) 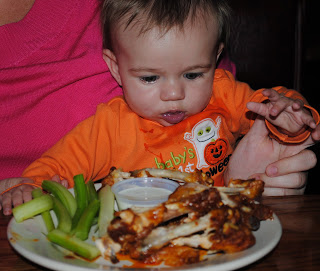 Stay tuned for tomorrow's update.  This little guy will be SIX MONTHS OLD tomorrow!  Half of a year...where did the time go!?!