D received this package in the mail. 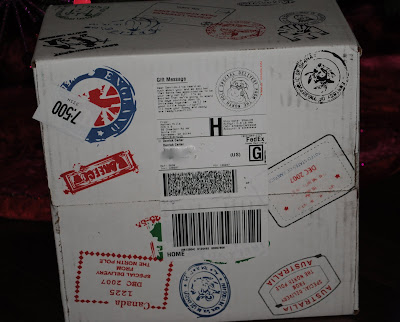 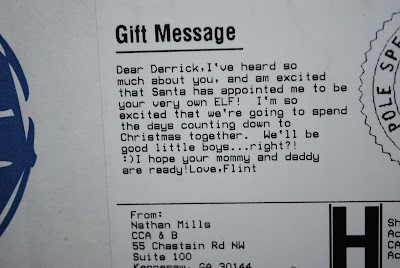 D was a little unsure, but decided that if Santa sent Flint especially for him, he must be ok. 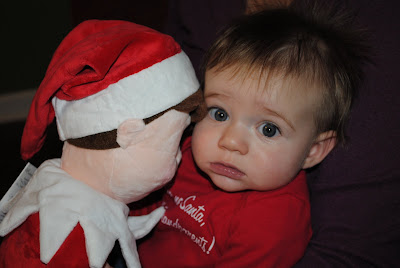 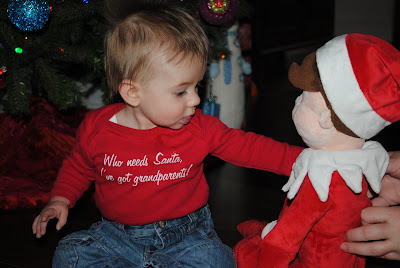 They were rowdy and rough, like little boys are. 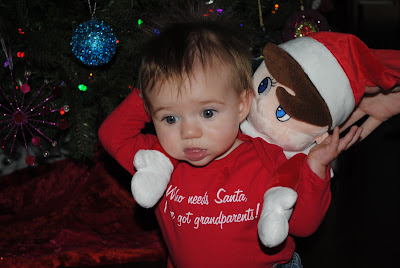 But, oh no!  They were too rough and Flint fell down...hard.

It must have knocked the breath out of him. 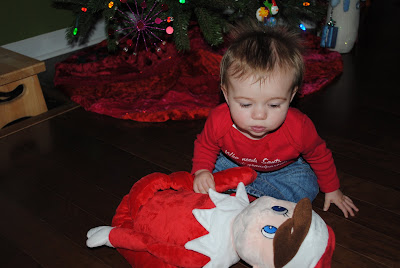 Have no fear, because D is trained in CPR!  He assessed the situation,

and found that Flint wasn't breathing, 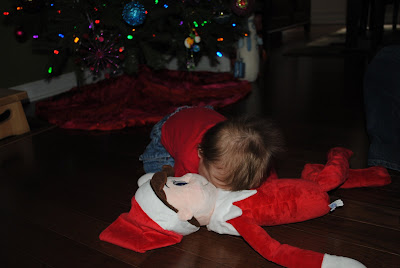 so he began rescue breathing. 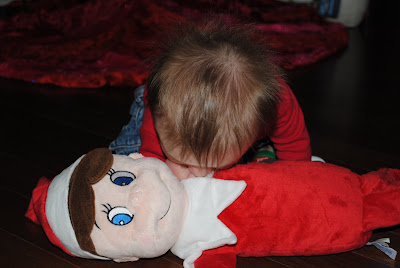 He checked again for breathing, 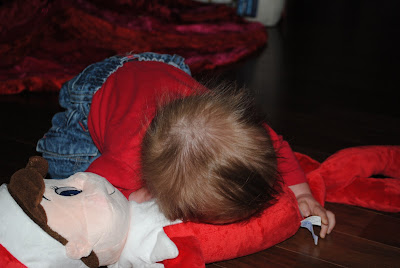 but had to continue with chest compressions. 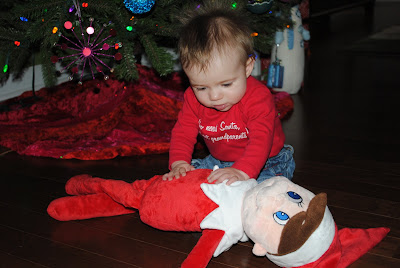 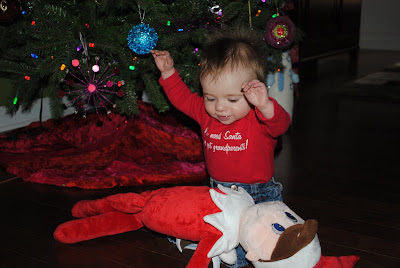 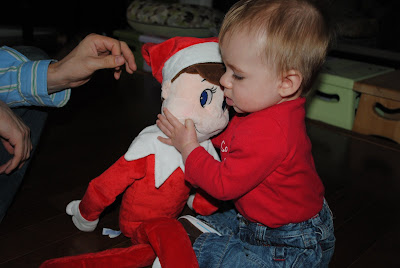 Later that evening after bedtime....

we opened D's door to check on him before we went to bed, and this is what we found: 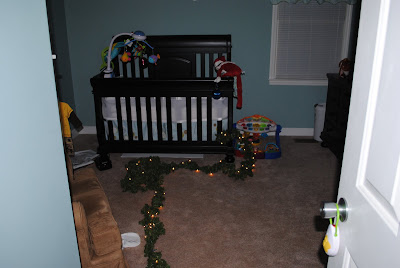 Apparently Flint had plans to deck out D's crib, but he fell asleep on the job. 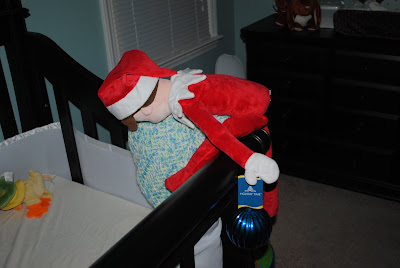 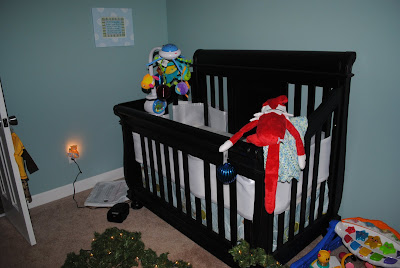 But he did manage to get the mobile decorated. 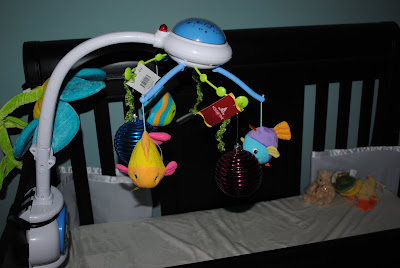 These boys are going to be trouble!

We got a call from MUSC with Derrick's heart cath date, and it's scheduled for December 23.  We're not super excited about the date because with the last cath Derrick wasn't himself for about a week.  We're hoping that with all of the excitement of Christmas he'll be better, but...  The lady said that was the only date before the holidays and that Dr. Shuler was specific in saying he wanted it done before Christmas. I hope that doesn't mean we should be any more nervous than we already are!  We just really hope that the cath goes well and D is able to be home for Christmas.  If not, then we'll all be ok.  As long as we can be together, we'll be fine.  We want whatever is best for D.  I'm sure if we're not home, Santa will come see D anyway!

Thanks for all of your support and prayers.  It means more than you know.  I'm not sure I ever posted about the follow up on the VCUG, but that turned out normal.  Thank you Jesus!!  We don't need any other organs kinked, twisted, or out of place!

P.S.  Derrick has been practicing for his big acting debut as Baby Jesus in our church play Sunday.  :)  That should be interesting! Ha!