This morning during rounds the docs decided to be more aggressive with D's "tummy issues" and ordered an enema.  It wasn't pretty, but the results were amazing!  Thank you Dr. Hlevech!

Today was pretty eventful...in a good way, although Derrick wouldn't agree.  Today steps were taken to getting us closer to home so we were happy about them!  He had his dressings changed, his pacing wires removed, and his discharge echo.  Now all we're waiting on is this ol' chest tube to be removed, and he'll be wireless!

The electrophysiologist looked at D's heart rate strips and the holter monitor results and determined that his arrhythmia (abnormal heart rhythm) isn't anything that needs to be treated now, but they will continue to follow it.  His body compensates for the extra beats fine for now, but they'll monitor him from time to time to make sure that he continues to be able to handle it.  Good news.

Dr. Hsia said that he wanted to remove D's chest tube today, but the PA's told him he was being a little too much of a "cowboy" and that one more day of having it would be better.  He gave in and said he hoped to remove it tomorrow. :) We want it gone, but we want it gone at the right time for Derrick, not for our convenience.  He's still had a fair amount of drainage but it has been less than the previous days so it's getting better.  They told us there's a possibility that we could go home Sunday, but it may be Monday.  Before surgery we were told to expect a 5-7 day stay, so even if we go home Monday, that would be 8 days and we had a speed bump to slow us down.  Not bad, huh?

We've been talking a lot to the docs and nurses about Derrick's next surgery.  They told us it would be more complicated than his first two, and that it would be more complicated than the typical Fontan because of the complexity of his heart.  It makes us nervous to think about, but at the same time, reaffirms our recent desires to do more for research.  People keep saying that it's a few years down the road and that a lot could change by then.  That's absolutely right, but we can't sit back and hope things change by then, we have to do something to help things change.  That's why we're doing the Fatz breakfast on February 6.  No, we won't raise enough money for some elaborate study to be done, but whatever we make will help.  It's something.

The definition of insanity is doing the same thing over and over and expecting different results.  We've decided not to be insane (well, I guess that really depends on who you ask) and stop sitting around and hoping someone does something about the CHD problem and the lack of funding for research.  Will you join us?  You can start by doing something you have to do anyway...eat breakfast!  Come to Fatz Cafe on February 6!  Tickets are $7, so send me an email (carolinacarters(at)gmail(dot com)) and tell me where to send your tickets! :)  We really hope to have a HUGE turnout...and it's really NOT far away!!

Ok, enough talk.  I know why you really read this page...


This little guy was not feeling well yesterday at all. 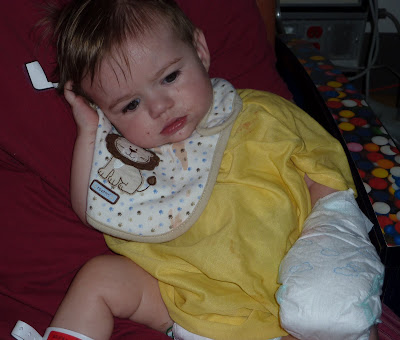 He tried his best to play, but he really wasn't that into it. 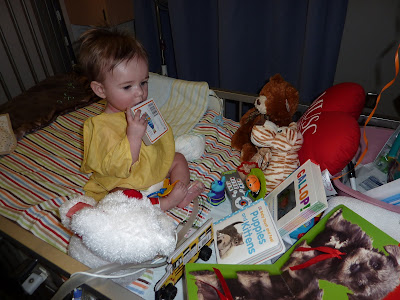 Last night after multiple doses of Miralax and a suppository he was feeling a little better, 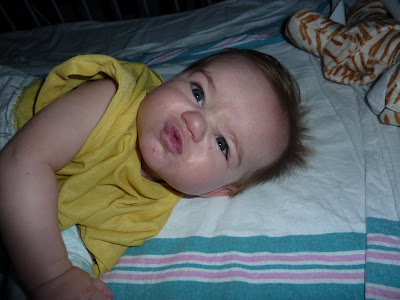 and was finally able to get some much needed rest. 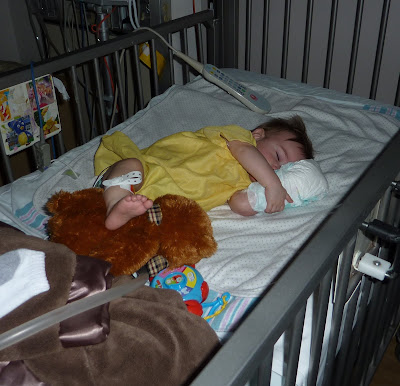 This morning Nona and Gong Gong came to visit and brought some fat free cookies.

You know the way to a man's heart is through his tummy. 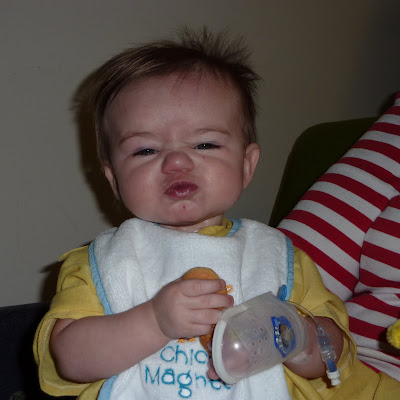 Nap time came and Gong Gong was so comfy. 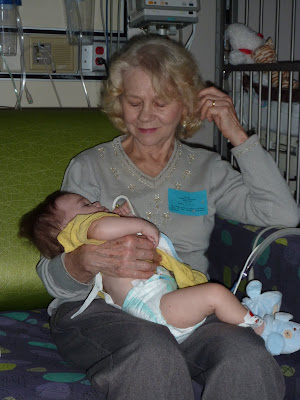 Today was a much better day for D and Mr. Happy! 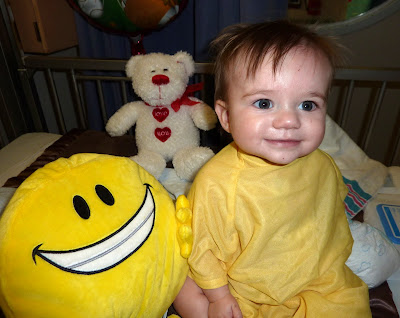 Thanks so much for the phone calls, emails, comments, and PRAYERS! They help more than you'll ever know!! We love you all!!