It is unbelievable how much difference a week makes. 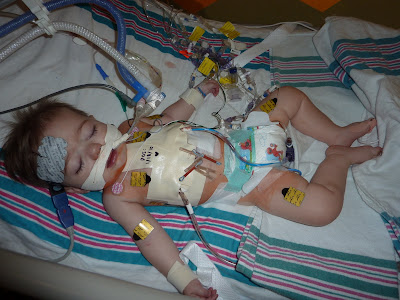 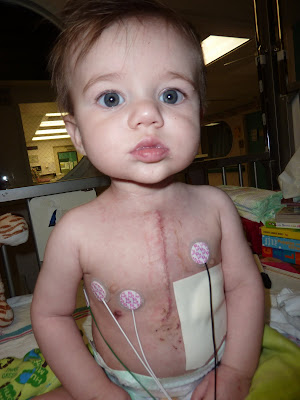 That yucky old chest tube was yanked today! Now all D has left are his leads and pulse ox, which both just stick on him, not in him. He is a much happier little man!

The enalapril he started yesterday obviously helped, because he went down to only draining 14mL the next 24 hours, which the doctors felt very comfortable with. We're hoping that with the chest tube gone D will start eating better.

We had to switch back to the Portagen today because Derrick has thrown-up a couple of times. We're thinking it was from the protein powder we were adding to his skim milk. I don't want to gross you out, but that was THE WEIRDEST throw-up either of us have ever seen! It looked like laughy taffy or soggy bread (told you it was strange). Large chunks, pink (from his Boost juice) and just really weird. He didn't seem bothered by it, although he was flapping around like a crazy kid afterward, so obviously he felt better. We decided we would give him a break from the protein poweder to see if it happened again. So far today we're good. Hopefully it'll stay that way.


So...it's a POSSIBILITY we could bust out of here tomorrow!  I'm not sure what they'll say about his eating because that's been an issue, as always.  I hope that doesn't keep us here because he'll probably eat better at home.  As long as his eating is satisfactory and his chest xray still looks good, we should get the "all clear."  Yes!


This morning Derrick enjoyed playing with all of his toys while we awaited the chest tube decision. 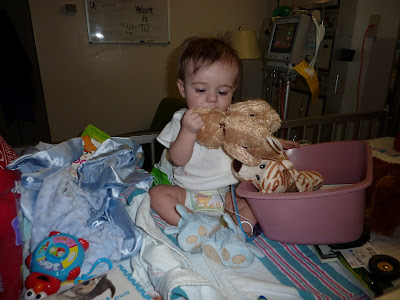 He was sure to profess his love to everyone who came in his room by giving them the "stinky face." 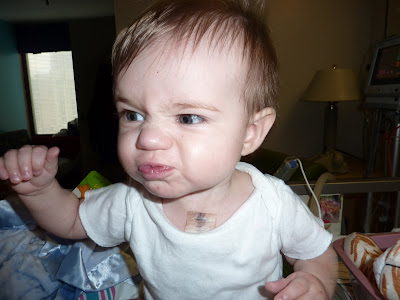 His nurse took him down the hall to have his chest tube removed, and she gave him her badge to play with.  She said he held on to it the whole time.  He cried when we made him give it back.  (His lips are super pink because of the medicine he refuses to take.  Surgery didn't make him that pink!) 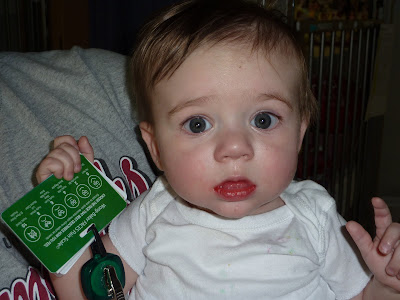 D was finally able to get dressed after the tube was removed! 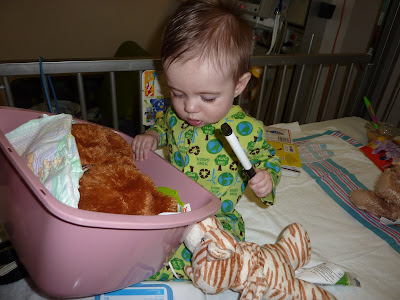 We're pretty sure he feels MUCH better! 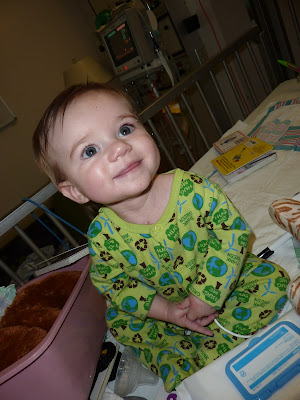 After a clear chest x-ray, we went outside for a walk (totally wireless!!).  Derrick refused to sit back in the stroller on the way outside, so this is the only way we could keep him down.  Such a crazy kid! 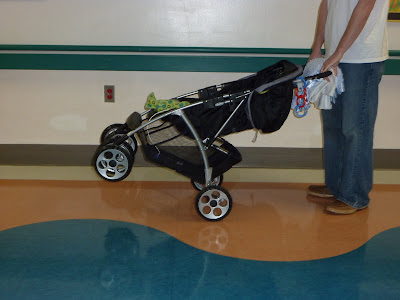 He enjoyed his walk outside, and didn't move.  He sat completely still in the stroller and just took it all in.  I guess he's just as tired of being stuck in this room as we are.

We grabbed Starbucks while we were out, and D was so disappointed that Caramel Frappoccinos are NOT fat free (so am I)!  He usually gets to have some of the whipped cream off the top, so he was a little sad.  I promised D that I would take him to Starbucks when he's allowed to have fat again.  It's a win-win situation for both of us! :) 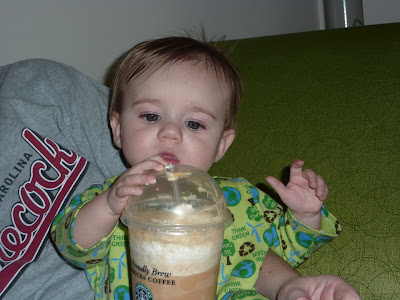 It's been so much easier to cuddle with this sweet guy this afternoon, and he is SO much happier! 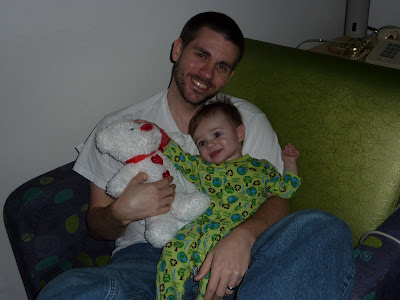 Hopefully the next update will be an "Adios Charleston!"  We love this city, but boy are we excited about going home.

Thank you for all of your prayers!