I have been a complete slacker with our blog...especially since it's CHD Awareness Week! Time has not been on my side, and neither has a little guy who wants ALL of my attention ALL of the time (including during the almost non-existent nap time). I'm not complaining, just sayin'! :)

Everything around here has been great. Derrick is working so hard on being mobile. He gets in the crawling position a lot, and we kept wondering why he wouldn't go anywhere. What we've figured out is that he's not trying to crawl. He's trying to STAND UP! He'll get on one knee and have his other foot flat on the floor, and you can see him trying to lift his hands up. He's not grabbing at anything when he does this, he's just trying to get up. Biggie!


If anything or anyone is nearby, they're fair game for pulling (or pushing) up. 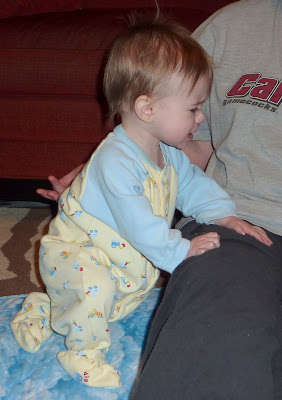 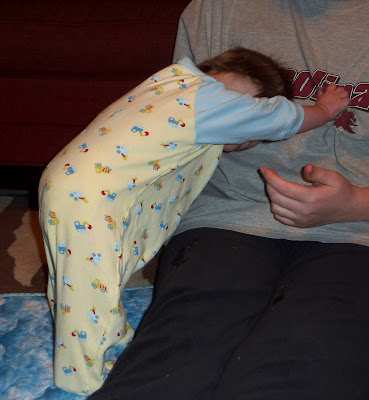 We went to see Dr. Bonnett Monday because D has been giving our washing machine a run for it's money! He has had terrible tummy issues for the past 5 days. We were concerned about where this was coming from, and worried about him getting dehydrated. Dr. Bonnett checked him out and he's not concerned about his hydration, but we're keeping an eye on it and checking back in later this week. We discussed changing his formula to the one other option, but don't think that's really the issue either. What it finally came down to was that D probably has some viral infection that the rest of us have been exposed to before because we haven't had any issues (knock on wood!!). We're hoping to be on the downward slope. This was the first morning out of four that we haven't had to change his sheets and take him straight to the tub...yuck! I'll spare you the details, but it's been R.O.U.G.H! He's also had a runny/congested nose and been chewing on his finger like crazy, so maybe some little pearly whites are playing a part in this mess too. No idea, we just want it to be gone!

Yesterday we went to see Dr. Shuler for a follow-up and an echo. Everything looked and sounded GREAT, so we're very, very thankful for that. Cardiology visits are always scary...and they probably always will be. You just never know what's going on in that little chest. It was a breath of fresh air to get a thumbs up today! We go back to see Dr. Shuler March 3 and....drum roll.....we're adding SOME FAT back into this little guy as long as everything looks good! He said he's had kids who don't want anything fatty after they've been eating fat-free for six weeks. Nightmare! I don't think we'll (or I really, really hope we don't) have that problem.


In the waiting room at Dr. Shuler's office. 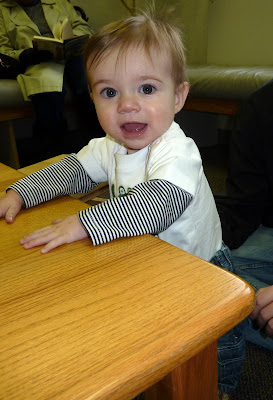 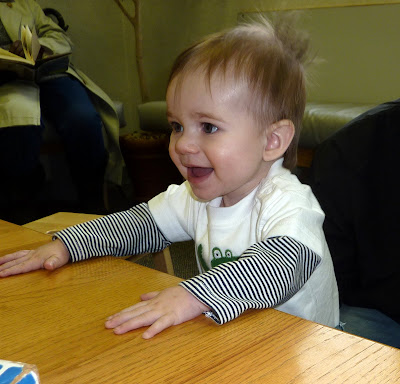 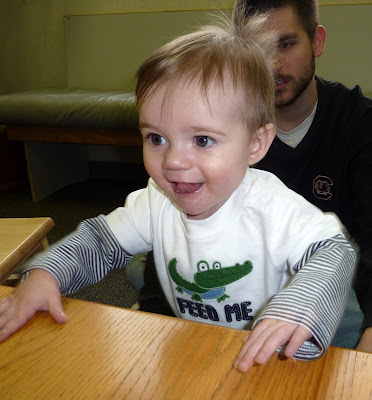 Do you think he's proud? 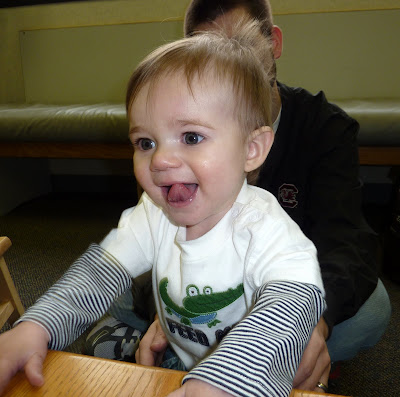 We've been practicing drinking out of a straw, and that's going really well.  D really thinks he needs our drinks now! 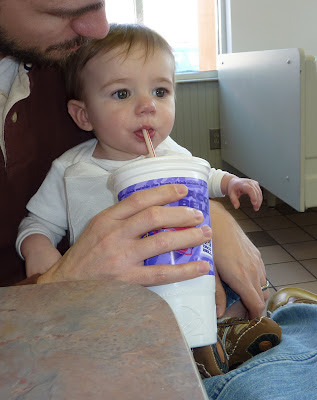 He can even drink a juice box all by himself!  We don't let him hold it...those things are super messy, but he didn't have any trouble with that tiny straw.  He had trouble with this drink later though...too much protein is not good for D's tummy.  It all came back up!  Too bad, because one of these juice boxes has 250 calories! 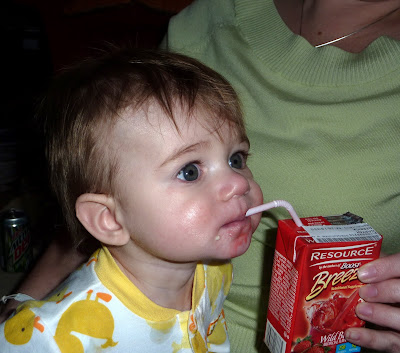 The Fatz breakfast was a HUGE success! We had WAY more people there than we anticipated, which was fantastic!! I cannot thank everyone enough who came out and ate, helped serve, and sent donations!! As of right now, we have raised over $2,400 for CHD research!! I'll have a final count later this week because we have a few more donations coming in. We are beyond thrilled with how everything turned out. Stay tuned for pictures and a grand total!

I heard it could snow Friday...not likely, but hey, it's possible!  I better go stock up on bread and milk, because those things fly off the shelves around here when the "S" word is mentioned! 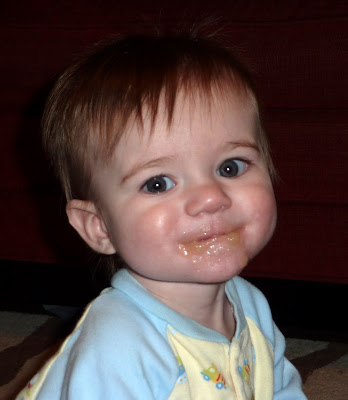 And we surely don't need to run out of applesauce!!