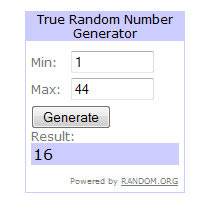 
Congrats Cassie!!
You have 48 hours to email me (carolinacarters(at)gmail(dot)com) and I'll get you hooked up with your new frames!

That was fun, don't you think?! Maybe we'll have another giveaway sometime soon.

The CHD car came in 6th place in the preliminary round, so it's going to be up for voting again April 1st. We HAVE to get that car in first place! Just so you get an idea of how many more votes we need...the car that came in first place had 68,403 votes (The car was "super kids" and I have no idea what it's promoting/sponsoring.) and the CHD car had 13,640. See how serious we have to get about voting!?

Remember to get your letters and/or pictures sent in for Lobby Day and the CHD documentary! If you need help with any of it please email me (carolinacarters(at)gmail(dot)com)!

Things are going well around here. It's funny how I thought I was busy before. Ha! There's not a dull moment anymore! There's no running to the kitchen to grab anything, no turning around for more than a second. If we're not watching every single second, things like this tend to happen... 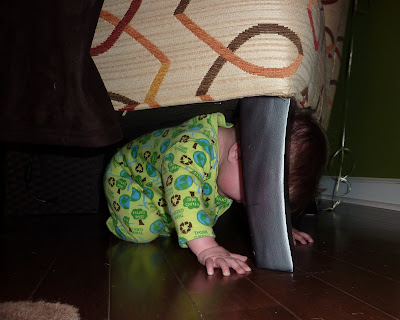 (Ignore the lovely wool fibers all over the floor.  This rug is STILL shedding like crazy!)
For some reason D has begun testing his agility. If he's not crawling under the chair in the living room, he's crawling over the rungs of the chairs in the kitchen. And they're not big chairs. And yes, he gets stuck. What can I say...the kid likes a challenge! I guess he doesn't really know any better.

Sunday we did some yard work and D played supervisor... 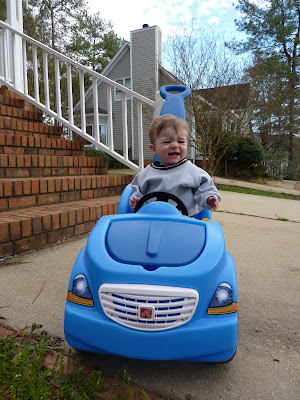 Things weren't real pretty at first. The supervisor knew there was a hard days work ahead. 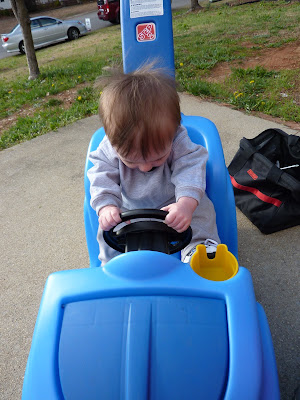 He lost his patience a few times, 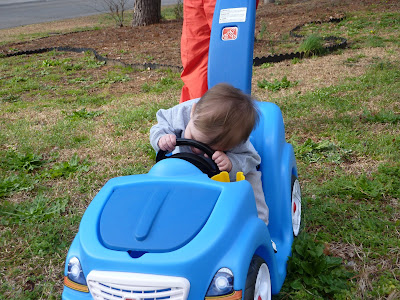 but tried really hard to regain his composure. 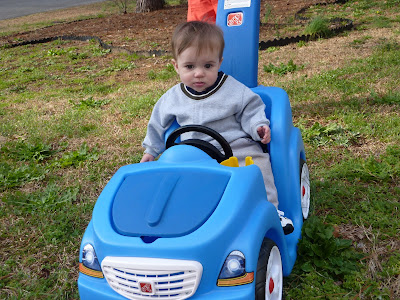 He finally relaxed and watched his crew work. 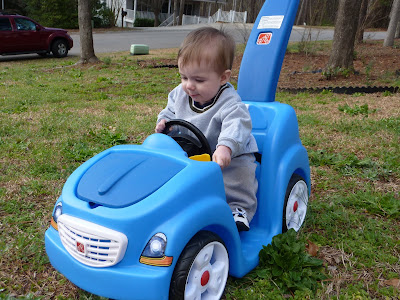 As soon as the crew was finished, the supervisor revved up the engine and was on the way out! 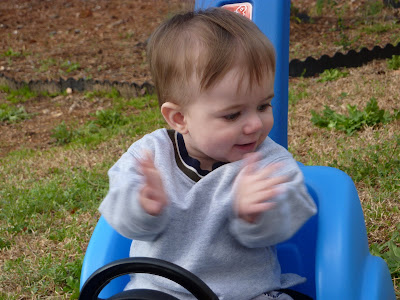 But not before giving his workers a quick round of applause, 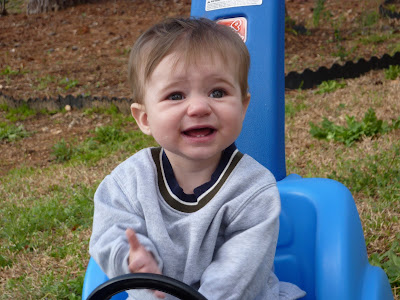 and a toothy smile for a job well done.


In case you can see the nervousness in the smile, it's because the supervisor doesn't really believe his workers can turn the yard into something nice. To prove the supervisor wrong, we'll post pictures soon. Hmph!