Today as we were coming home from MOPS, we passed the cemetery. I couldn't help but look because I knew exactly what was going to be going on when we drove through. I've actually been thinking about this very moment for many days now.

Today, a sixteen year old boy named Michael was buried. My heart has ached for his family and friends for the past few days. I didn't know him or his family at all, and of course they don't know me either. However, his mother and I have something in common.

One morning last week, Michael was taking a shower before school. When he had been in there for what seemed like too long, his mother called for him. When he didn't respond, she went in and found him lying in the shower. Two days later, he died.

Without ever even knowing it, Michael's mom was, and is, a heart mom. You see, unfortunately, Michael had an undetected CHD. He had an underdeveloped valve that showed no signs or symptoms until it was too late. Of course, there was no reason for him to have an angiogram or any other heart tests done because he appeared perfectly healthy. That's the scary thing.

Michael is among quite a few other athletes who have been taken suddenly because of a CHD. I can think of a few stories I've heard, so I can't imagine how many young people have been affected by the beast that is CHD.

So today the small town of Irmo says good-bye to a son, brother, nephew, grandson, boyfriend, teammate, and friend. And today, the CHD beast gets to put another mark in his bedpost.

On a lighter note...

The Congenital Heart Futures Act passed! The Act will increase funding for public education, a national database, and research. You can read more about it here or here.  It passed with a vote of 219-212, which is a win, but wow, that was a close one.  This is a great step in the right direction, but it's not over.  I wish we could go to Lobby Day and rally for funding of the CDC registry and the CHFA research, but we can't.  Not this time.  However, we'll do our part here at home by sending in our letter.  We hope you will do the same!

Gotta get back to party planning for this guy... 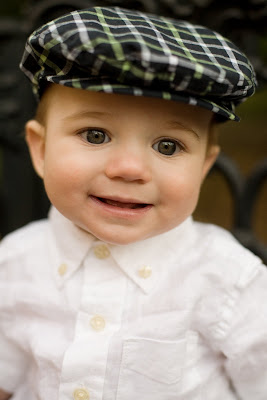 and I'll post our favorites from D's photo shoot really soon.  I know, I know, but yes, there's more!