I'm pretty sure it wasn't much of a present to drag D out of bed for a 7:45 am visit with Dr. Shuler on his first birthday.  Thankfully (unlike daddy) he happily got out of bed so we could be on our way. 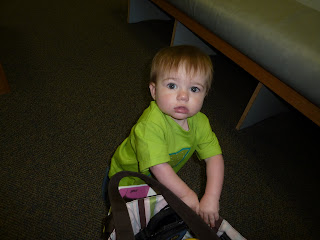 He checked his diaper bag for any surprise presents as we waited to go back. 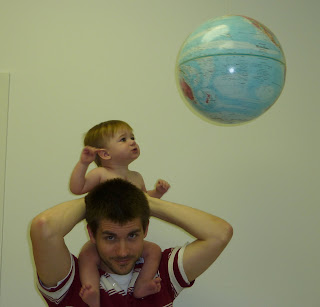 Once we got back to a room, all D could focus on was the "ball" hanging from the ceiling. 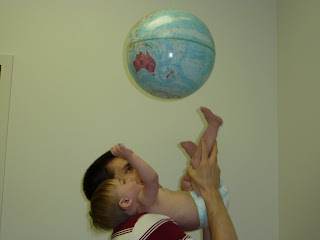 Daddy was such a good teammate in the "ball" game.
We got great news from Dr. Shuler!  First of all, Derrick now weighs 16 lbs 5oz!  He's up almost 1.5 lbs in seven weeks.  Dr. Shuler was very happy with D's weight gain, and so were we.  (Although we're really crossing our fingers that he can put on another 4 lbs in the next two months. Ha!  We've gotta turn that car seat around before making the drive to Louisiana in June!)  Dr. Shuler was very happy with the way D sounds and looks too.  Then, he gave Derrick a very special birthday present (that made us very nervous)....he said (very gently nodding his head before he spoke the words because he knew our hearts would stop), "Ok.  You can come back in THREE months."
What?!  Three months?!  Derrick has never been longer than seven weeks without seeing Dr. Shuler in his whole one year of life.  Three months!?  We know it's a good thing...just a little scary! :)
To celebrate the good news and the Big Day, we took D to the best place around.... 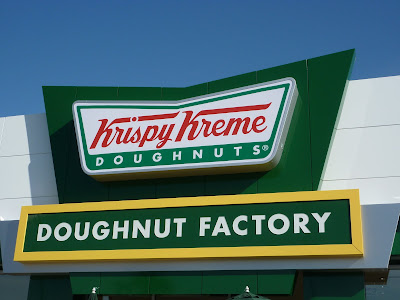 Derrick has never had a fresh, hot, melt-in-your-mouth Krispy Kreme doughnut, and we thought it was high time he tried one.  I know all of you northern people love Dunkin' Doughnuts, but seriously, they don't hold a candle to hot, fresh, Krispy Kreme.  For real. 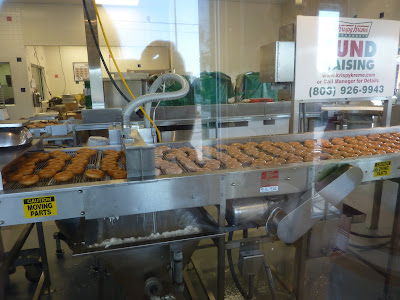 Opening the car door we were hit with the amazing smell, but walking inside...it was almost sinful. 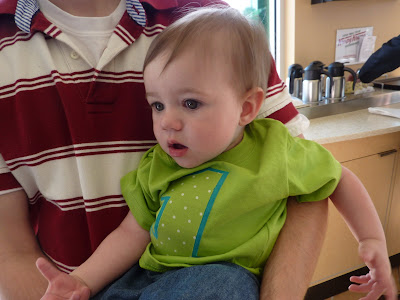 D was memorized as he watched the doughnuts being made. 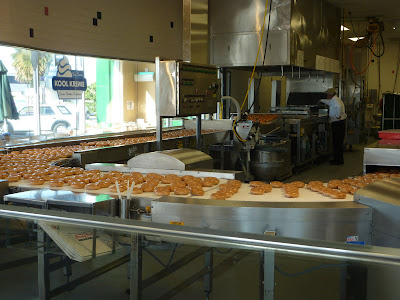 When you order the plain glazed doughnuts, they pick them right off the conveyor belt and put them in your box.  Talk about fresh! 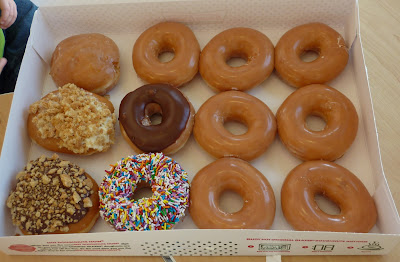 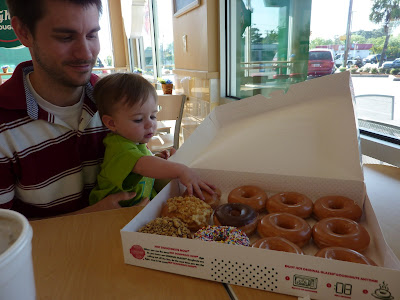 The birthday boy couldn't stand it any longer...he was ready to see what all the talk was about. 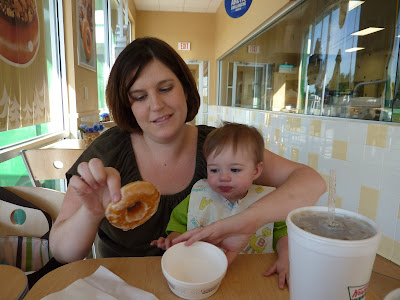 The anticipation was almost more than he could stand. 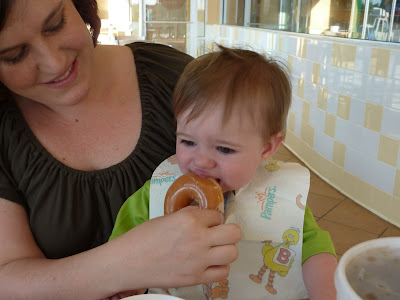 And with that first... 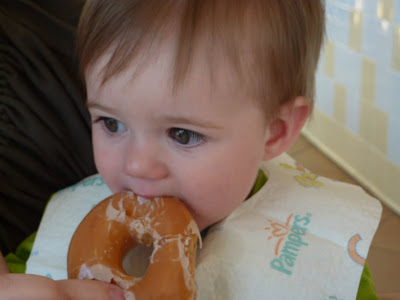 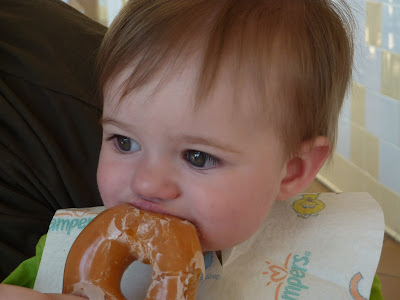 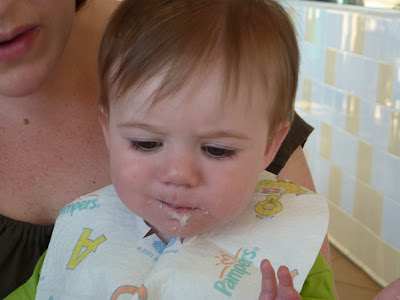 he completely understood the obsession with the "Hot Now" sign. 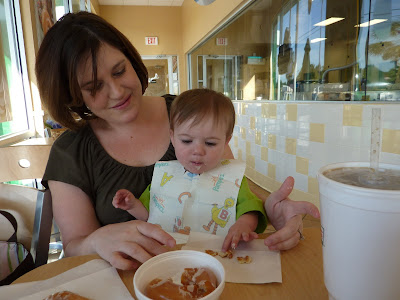 And he had to have "dome" more. 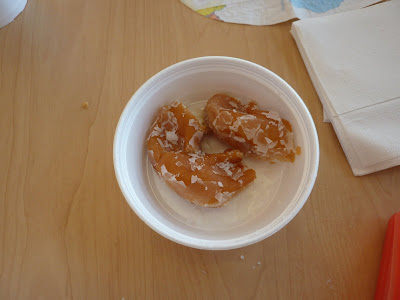 This is what's left of D's first hot, fresh, melt-in-your-mouth, Krispy Kreme doughnut.  (He doesn't quite understand how much of a party foul not finishing your doughnut is yet.  We're working on it.) 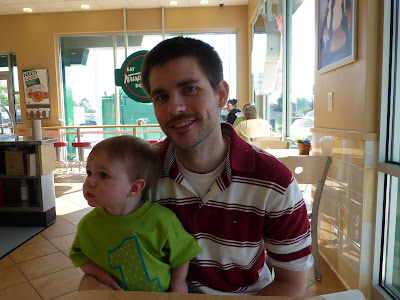 Derrick couldn't keep his eyes off of the conveyor belt of doughnuts.
They were still drawing him in. 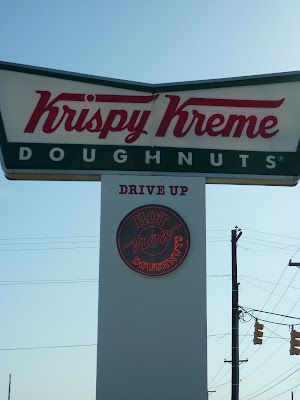 So next time you drive by a Krispy Kreme Doughnut Factory, and the "Hot Now"
sign is lit up, you really should stop.  Really.  Do it. 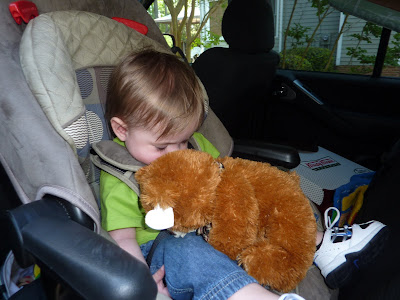 Take it from D...but get a driver.
The sugar overload...it's rough!

But what a great first birthday cake! :)

P.S. Be on the lookout for party pics coming soon! :)