Playdate at the Park

My friend Sara invited us on a playdate earlier this week at the cutest little park here in town.  It has a little stream running through it that I know Derrick will love to splash around in when he starts walking.  Instead of playing with the big kids in the water, D had to be content just watching. 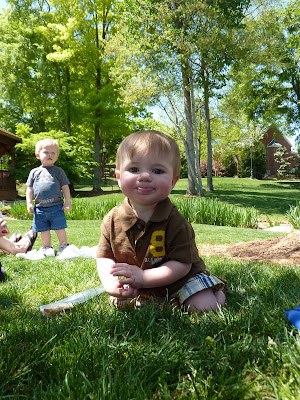 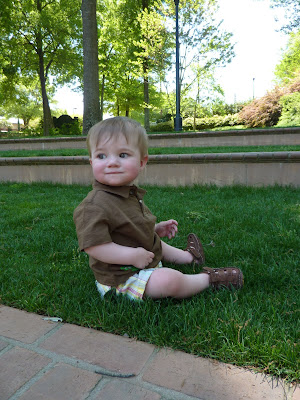 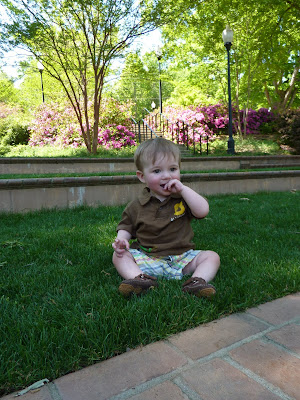 Once the novelty of the stream had worn off, picking flowers became the highlight of the afternoon. 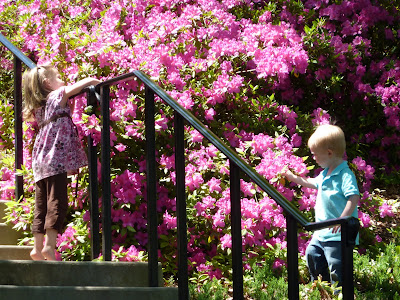 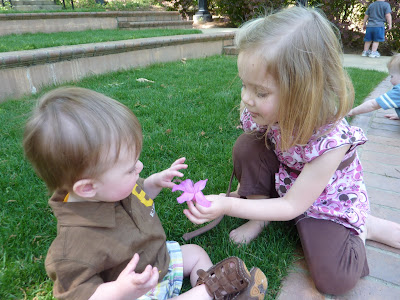 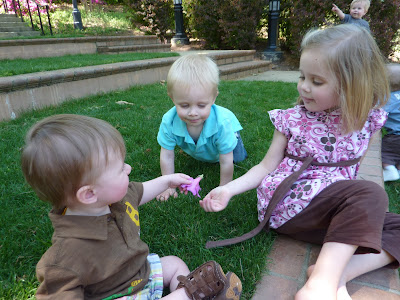 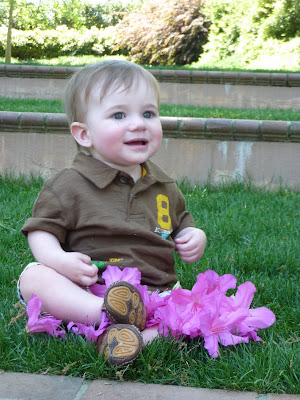 There was a little guy who is just a month older than Derrick that was there, and I was excited for him to be around another friend his age.  When we arrived they did their baby greeting...staring and grabbing faces, but that was about as interested as they were in each other.  Apparently, Derrick doesn't think he should hang out with babies.  He has so much more in common with big kids. 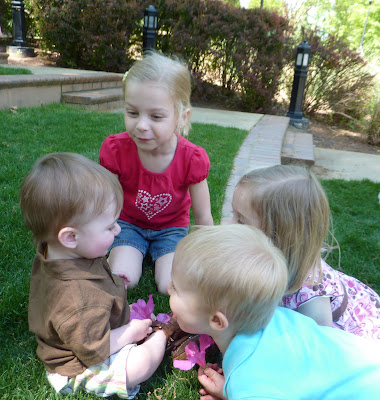 It cracked me up to watch him interact with them. 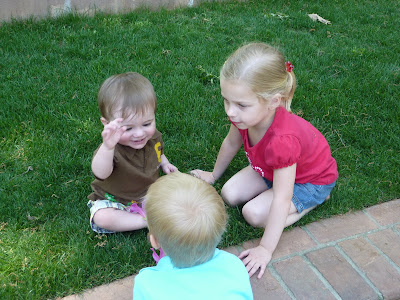 They had great conversation, 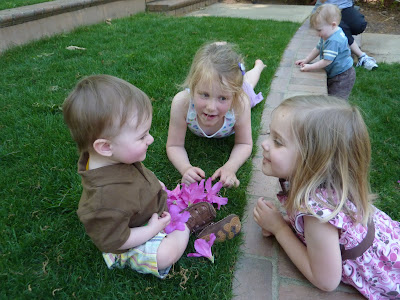 and he was able to woo the ladies. 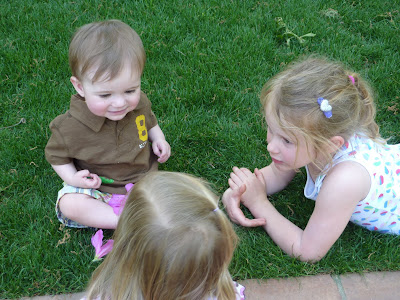 He listened attentively as they talked, just like his daddy told him to always do. ;) 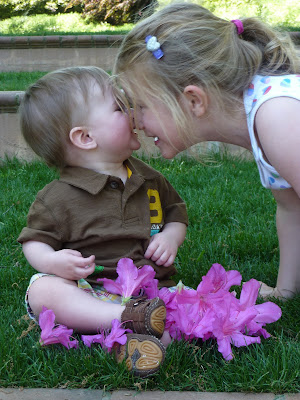 Apparently daddy's advice was right on. 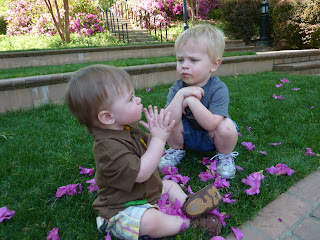 When D had enough of the ladies, he took a few moments for some quality male bonding time.  He happily demonstrated how to do the stinky face for his new friend.  His friend was very interested, and watched curiously as D taught his lesson. 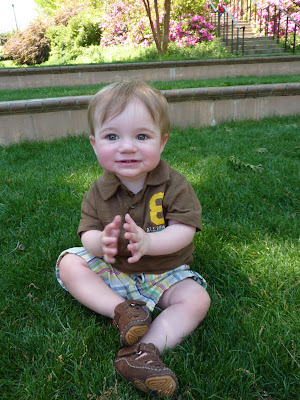