The last week and a half has been crazy around here with house inspections, mortgage meetings, trying to keep this place clean in case someone has to come do some other kind of inspection (which is nearly impossible with a little D running right behind you undoing what's just been done), me going back to work three mornings a week, and just regular old life.  But we wouldn't have it any other way! ;)
Since somebody isn't interested in any of the above, he made a request to take a break from house stuff and take advantage of the big kids being back in school.   He wanted to take a trip to the splash pad.  His daddy was happy to oblige because he had been dying to take D back since our first trip that got rained thundered out.  Other than two other kids, we had the place to ourselves!

D was SO excited to play! 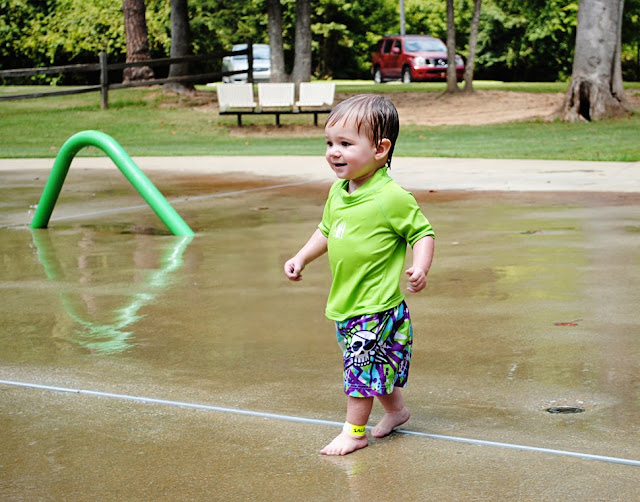 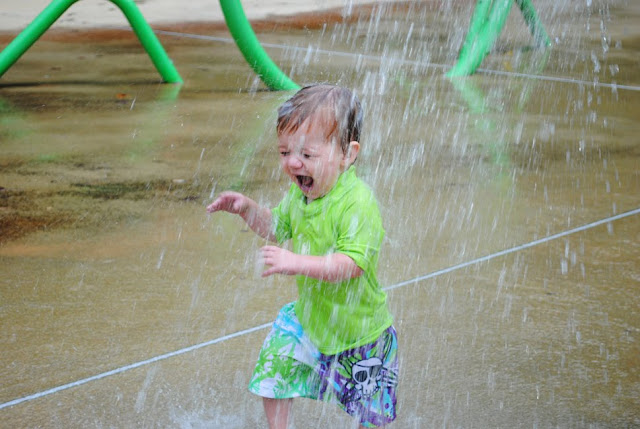 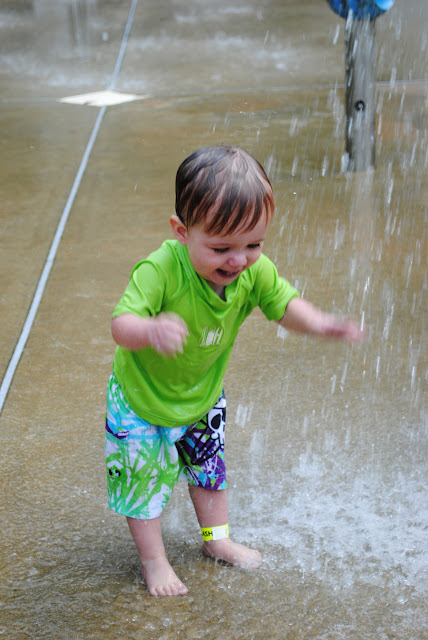 He loved trying to plug the water holes, 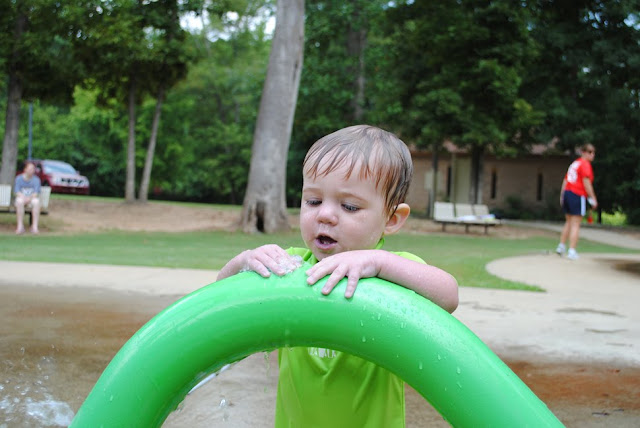 but figured out pretty quickly that it wasn't really possible. 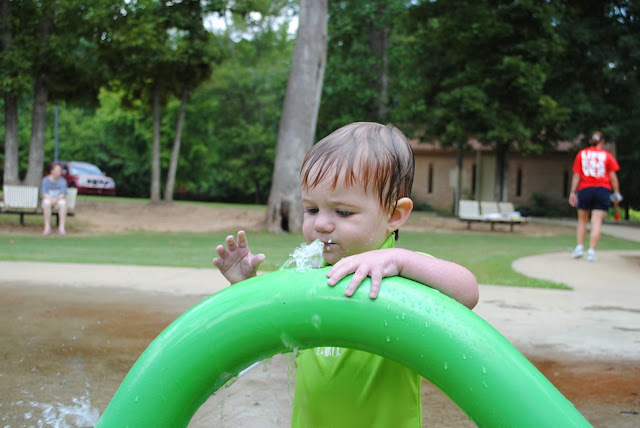 For some reason we couldn't keep him off the ground.
This guy is plain crazy about water!
He tried to coax the water out 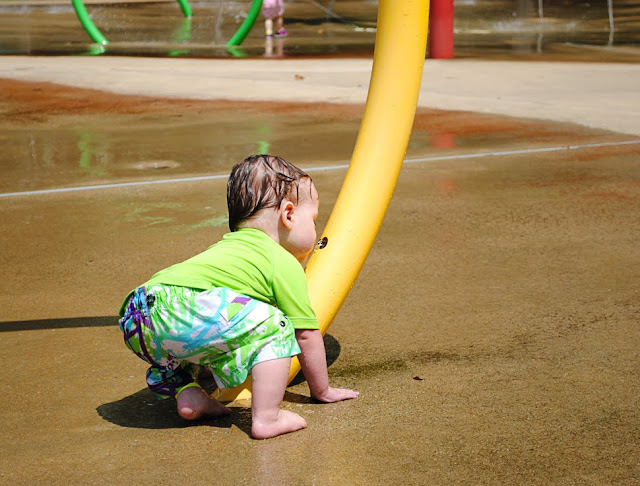 of his favorite yellow sprinkler, 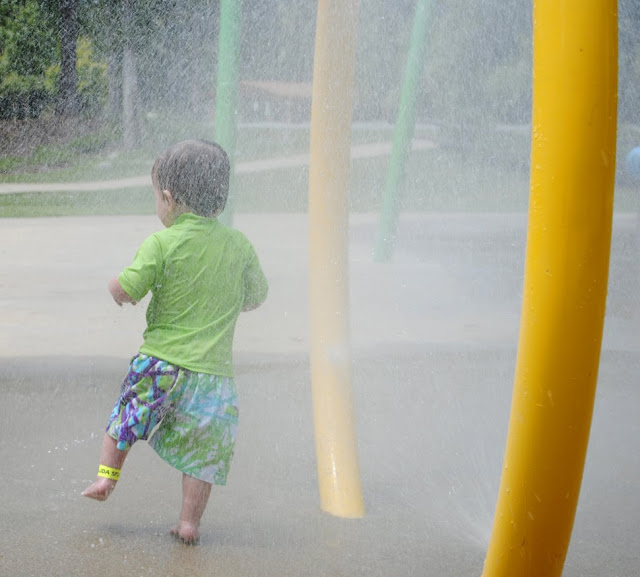 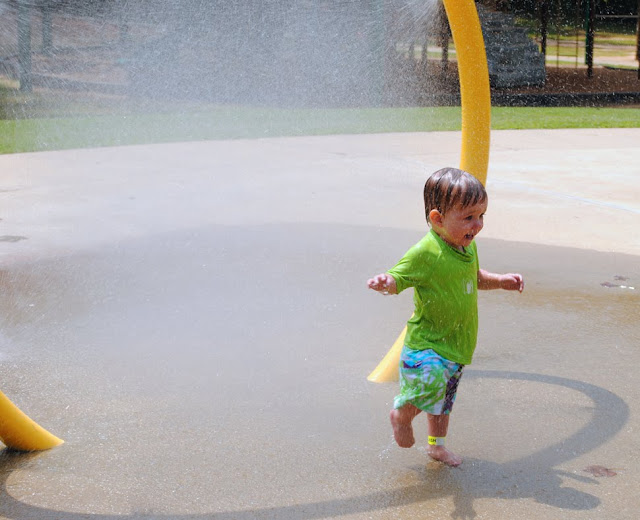 because it was definitely the most fun. 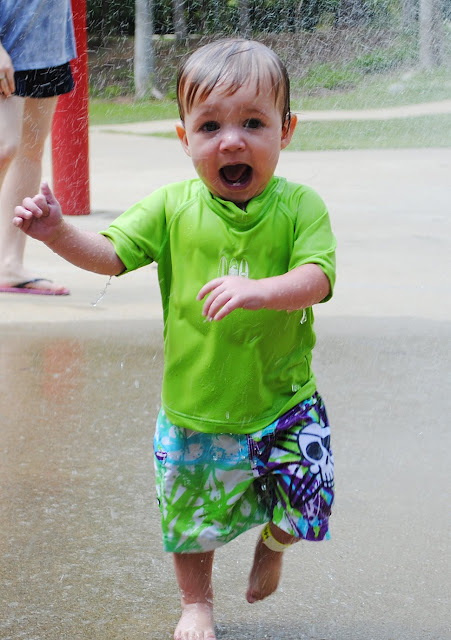 I think this one is the coolest, but D didn't really think so.  Justin said that there was quite a bit of force coming from these buckets...guess that's why D didn't like it so much. 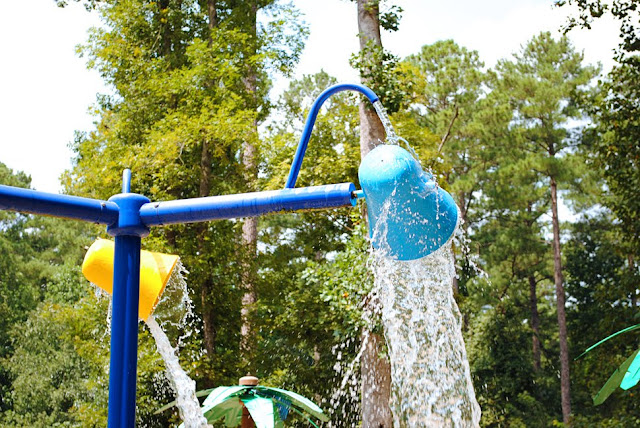 He kept Justin busy...always one step ahead and fearless! 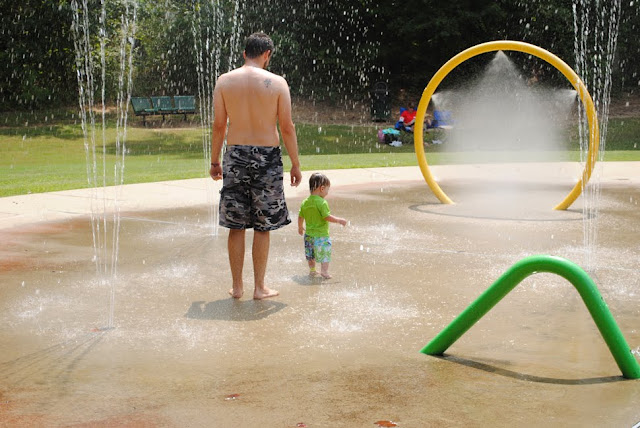 Fearless until the collision with his favorite yellow sprinkler! 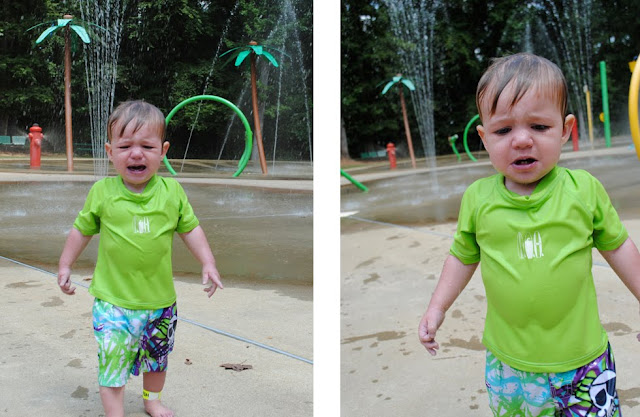 When D ran through the water he kept his eyes closed.  He stayed on a straight path almost the whole time, but apparently he made the mistake of stopping in the middle to enjoy the water.  Once he was ready to complete his run through, he mistakenly made a slight turn to the left and we heard a BINGGGGGGG!!! followed by an immediate scream from D.  That yellow sprinkler won!
He was pretty mad at the sprinkler after that and refused to go through by himself anymore.  Justin convinced him to try again, but he lost it half way through.  No more fun for D!

But boo boo and all, 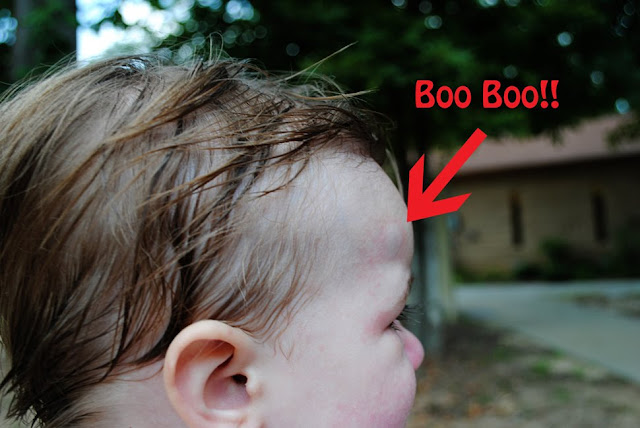 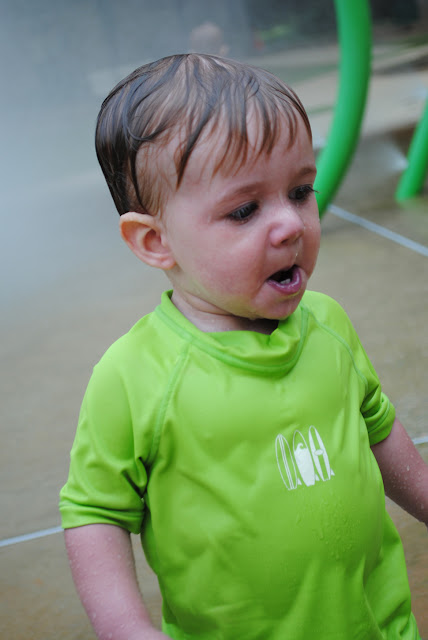 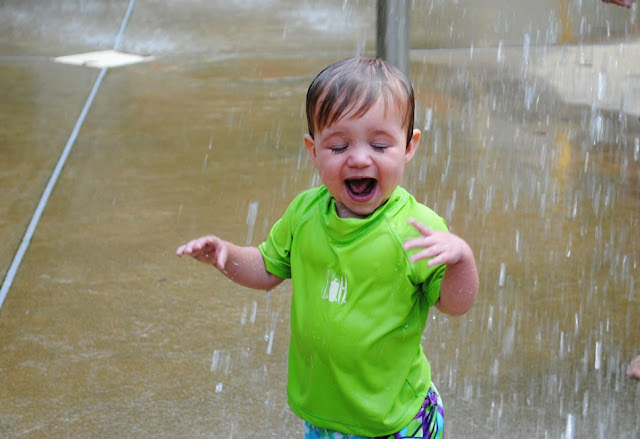 {And for those of you who are wondering, no, it's not the camera.  Yes, he's blue.  It happens often.  The water was cool but I assure you, it was at least 97 degrees.  No one gets cold in South Carolina in August.  It's just not possible! :) }

P.S. In case you've forgotten....the Hope for BraveHEARTS golf tournament is coming up SOON (Sept. 25th)!!  We're still looking for teams, hole sponsors, and door prizes.  You can print the form from the Hope for BraveHEARTS website (www.hopeforbravehearts.org).  You can sponsor a hole as a business or individual in honor or in memory of your heart hero!  We'd love to have your support!!