Thank you so much for all of the sweet comments and emails!  We love hearing from you and knowing that so many people are exciting about "meeting" and praying for the new baby!!


We've had lots of questions, so I'll try to (remember them and) answer them for you.
First of all, I will be 12 weeks Monday and I'm due May 23.  Yes, that means that Derrick will turn two in April and we will have a new baby almost exactly one month later.  We may be crazy, we haven't decided yet. Ha!  We think the two year difference will be good once they're a little older.  D likes to be a "melper" {helper} so maybe he'll stay in that stage for another two years or so.  :)
I have been feeling fine, just really tired.  It's much different this time around!  When I was pregnant with Derrick I would come home from work and nap or hang out on the couch when I wanted to.  BIG difference now!  Chasing an 18 month old isn't exactly relaxing, but I wouldn't have it any other way.  I haven't gotten sick at all (I only did twice with D), but I've been on the verge many times.  As long as I eat every couple of hours I'm good to go.  Very thankful for that!
When we found out about Derrick's heart, I told Justin I wasn't sure if I wanted to have any more children.  As time went on and we accepted what God had given us, I realized that He had a plan for us, even if it wasn't MY plan.   {That seems to happen often, doesn't it?}  We met with a genetic counselor shortly after D came home from the hospital to see what the odds were of having another heart baby.  Given Derrick's defects and our family history (which has no heart defects that we're aware of), we have a 5-8% chance of having another child with some form of a CHD.  The likelyhood of having another "complex little heart" like Derrick's is pretty slim.  Anyone has a 1% chance of having a heart baby, and the likelyhood does go up if you've already had one (even though most CHDs don't have a genetic link, which I find strange seeing that your chances of being the 'lucky one' go up with another child), but it's a chance we're willing to take. Also, the data they have to go on with CHD stats is slim.  There aren't years and years worth of family history of CHD patients to look at because the record keeping and research for CHD is all fairly new.  So how accurate is the prediction really...
Before becoming pregnant, or even deciding for sure that I wanted to do it again, I prayed about it a lot.  Neither of us want to ever hear, "There's something wrong with your baby's heart," ever again.   I have asked God, once again, for a healthy baby.  I sure hope our ideas of a healthy baby are the same this time, but if they're not, we will accept what He has given us, and we will do our best and give Him the glory.  That's all we can do.  We pray.  We would greatly appreciate your prayers for this baby just as we appreciate them for Derrick.  They are powerful, we have seen that first hand.
So to answer the question about being worried about the new baby's heart....
Yes, I am nervous.  However, I try not to think about all the time.  I'm sure we'll both be really nervous going into that 20 week appointment and waiting as they do the ultrasound, but there's nothing we can do about it.  We will enjoy this pregnancy just like we tried to do with the second half of Derrick's.  The innocence and blissfulness of pregnancy was ripped away from us two years ago.  But we will enjoy this, no matter what.  :)
Do we want a boy or girl....
Ha!  Ok.  I can tell you that one half of our family is shouting girl.  There are four grandsons on Justin's side of the family, so they're all cheering for a girl.  On my side there are two granddaughters and three grandsons.  It doesn't matter either way, this one will just be one of the crowd.  With that being said, it would be fun to have a girl because, well, we already have a boy and she would be the first girl on Justin's side of the family.  BUT...we already have a BOY, so it would be much cheaper to have another boy!  Either way, we honestly don't care.  And we can say this time, even more than last, that all we want is a healthy baby!
The plan...
The plan for this pregnancy is just like any other.  I have an appointment next week and we should be able to hear the baby's heart beat.  :)  I will have the standard 20 week ultrasound to check out all of the organs (and find out the sex!!), then, even if everything checks out fine with the heart, we will see D's cardiologist at 24 weeks for a fetal echo.  That's it.  Just regular monthly (then bi-monthly, etc) checkups with the OB with an added fetal echo.  We've already made the appointment for that.  Next time D goes to see Dr. Shuler (in February), so do I!
I think that's pretty much everything, but if you have more questions, let me know!

This guy has NO IDEA what's about to happen, but trust me, he does not need to be an only child! :) 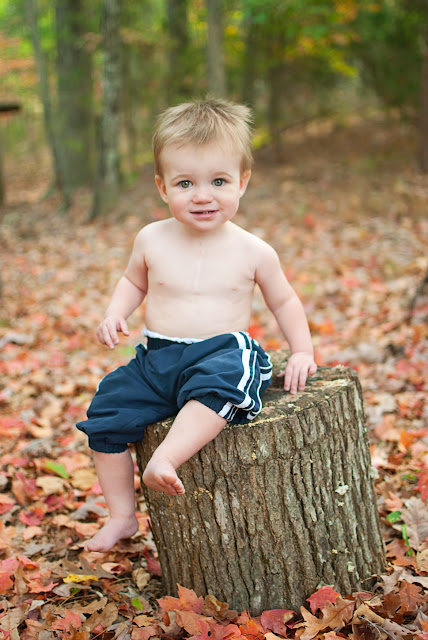