D was getting a little shaggy. His hair grows very quickly (I'm sure if we have a girl she'll be bald), and he desperately needed another hair cut. Justin was up for the job. He took D into the bathroom, and when I walked in a few short minutes later I was a little shocked.
It was a little shorter than I had expected.  But it was a little too late too!  Justin said, "I used the same guard I use on my hair."  Ummm...
I think he felt guilty because he cut his hair too.  Using the same guard. 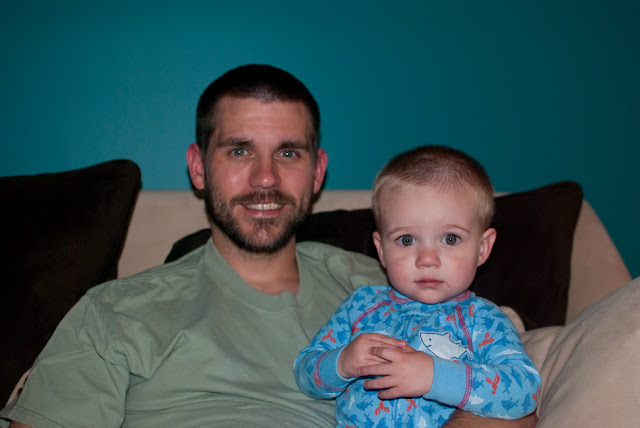