Now, before I get started, let me appoligize in advance for the horrible quality of these pictures.
Awful lighting + active children = terrible pictures
But y'all know me, and I have to have this in "the books."
So...
On Christmas Eve afternoon, Derrick and I headed to Gong-Gong's for Christmas with my family.  Justin had to work so he missed out on these festivities.  :( 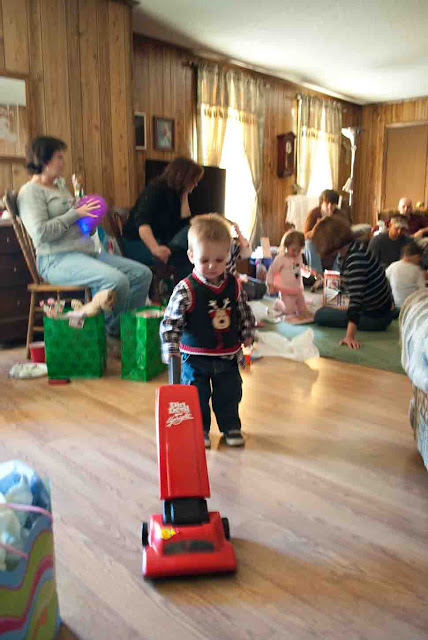 Derrick has been obsessed with the vacuum cleaner since he was a tiny little guy.  He was saying vacuum before he said mama, and I'm not kidding one single bit!  Needless to say, as soon as he opened up his very own red vacuum, it was all over for him.  He was in heaven and wasn't concerned with anything else he received (which was lots of other great stuff).
After a few hours at Gong-Gong's we headed home and Justin's side of the family came over.  We had steaks and baked potatoes...oh, so good!
D got the hang of opening presents, 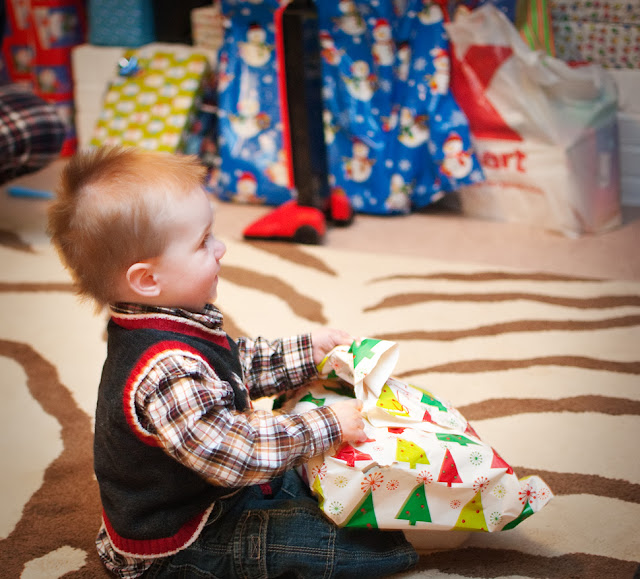 and he received another of his very favorite gifts...his very own basketball goal!  He LOVES to "ooot" ball.  So cute!  He even puts the ball "night night" when he's finished playing with it. 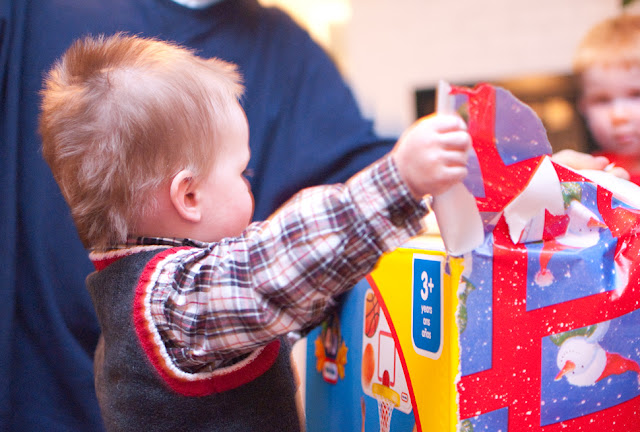 Carter has this Christmas-present-opening-thing down pat. 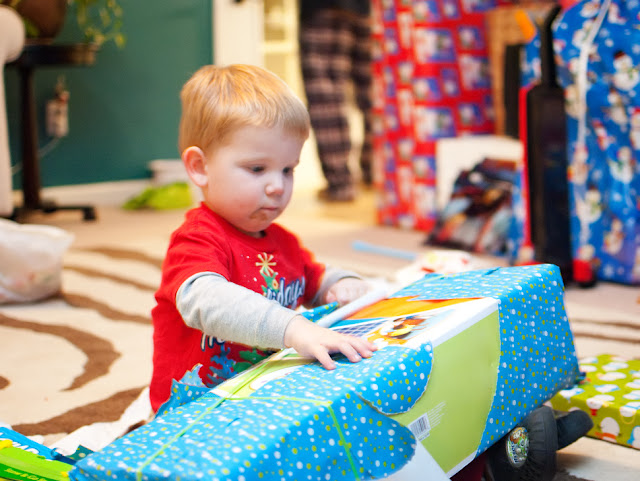 He even understands that you have to stop for pictures.
(Even with Heath bar cake on your face :) 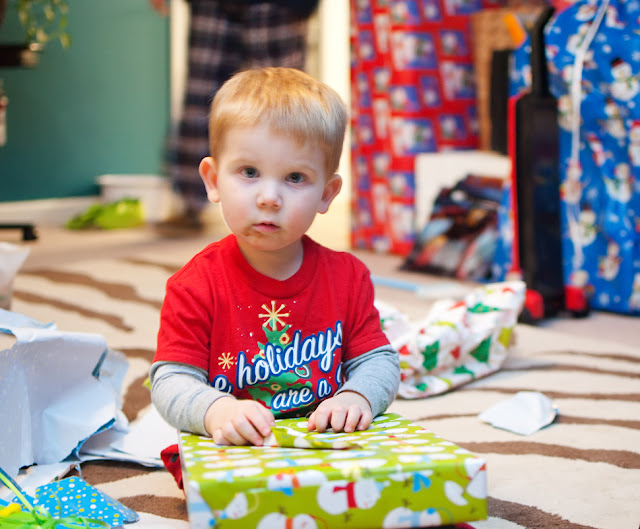 Papaw finally got his guitar!  Derrick is going to LOVE it when Justin and Papaw figure out how to make music!! 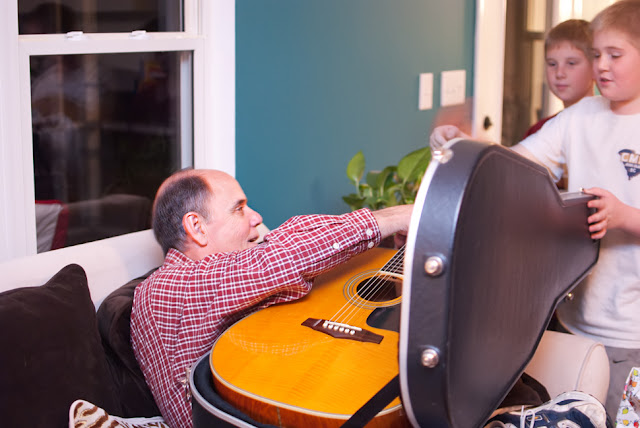 We had a great time with lots of good laughs!
Christmas morning D woke up to see if Santa came despite his behavior a few days earlier. 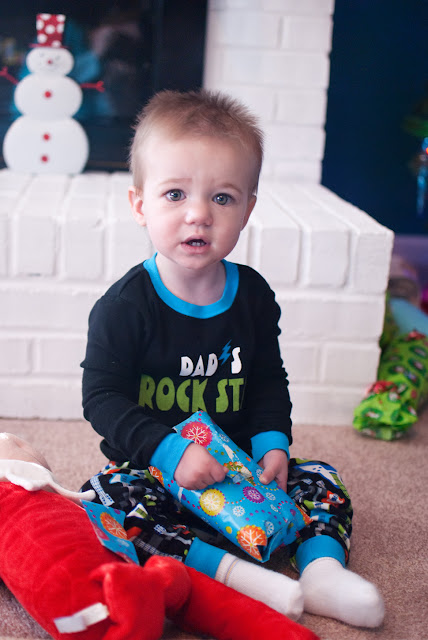 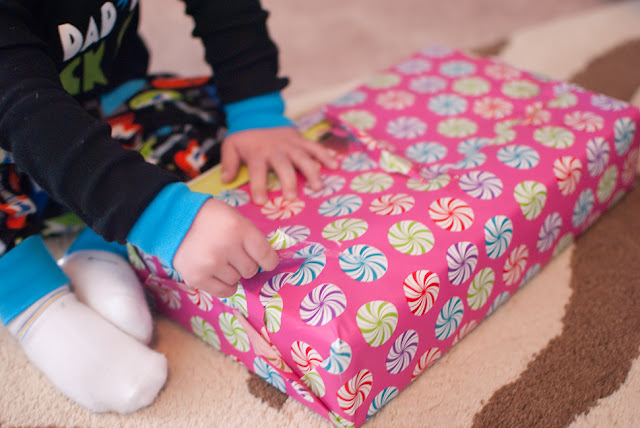 One of D's favorite things to do is to play with Justin's tools, so he was excited that Santa brought him his own. 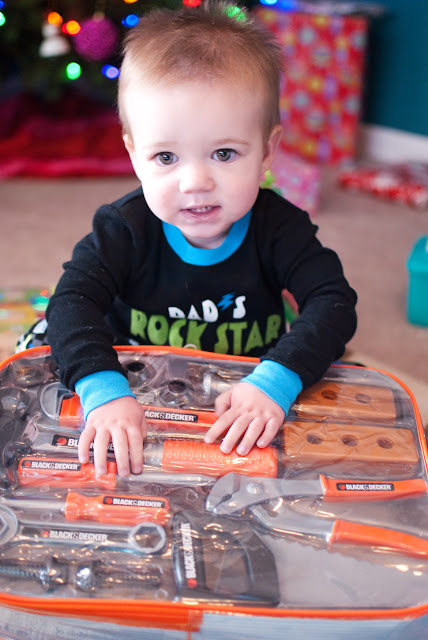 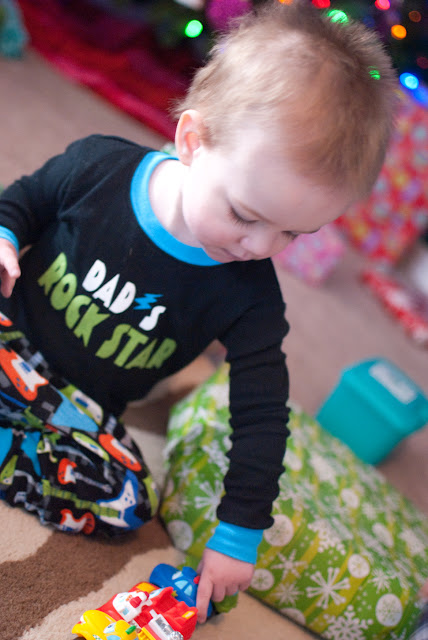 For lunch, we headed over to my parents' house where we ate too much (for the third time in a day and a half) and just hung around all afternoon. 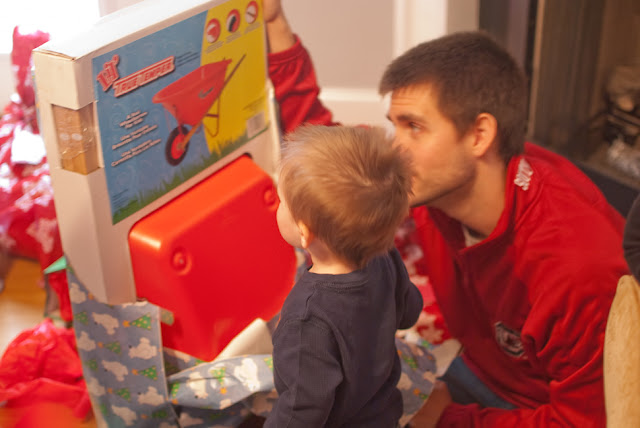 Derrick got a wheelbarrow and he and Sheaffer took it for a test drive around the yard. 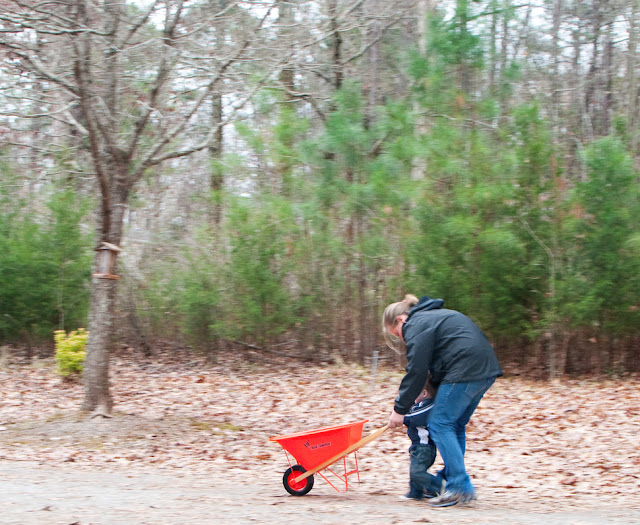 We played outside for a little while but it was c-o-l-d! 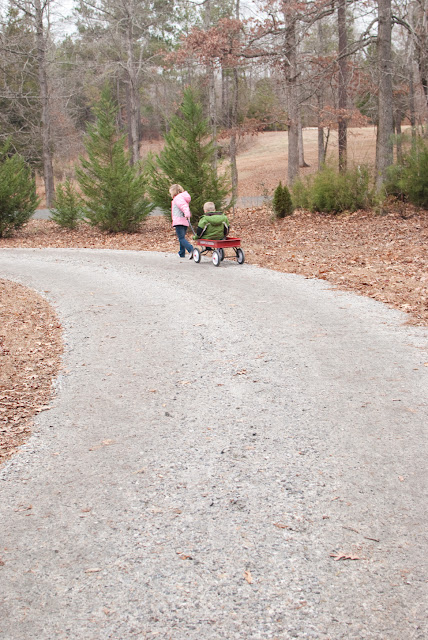 We did manage to get a group shot of all of the grandchildren, but the little guy had had enough!  A late night, early morning, and no nap makes for one unhappy little guy!! 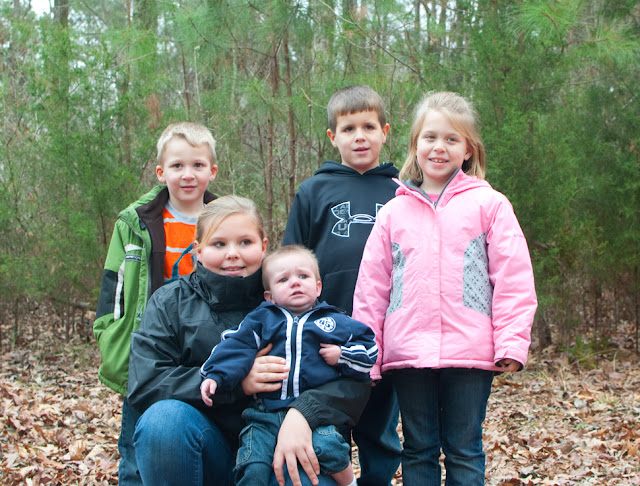 I can't believe we'll have another little person to add to this picture next year!! :)
We had a great Christmas!  We spent lots of time with our families, ate way too much (hate to find out how much weight I've gained this month!) and D opened WAY too many presents.

We woke up the morning after Christmas to one more gift... 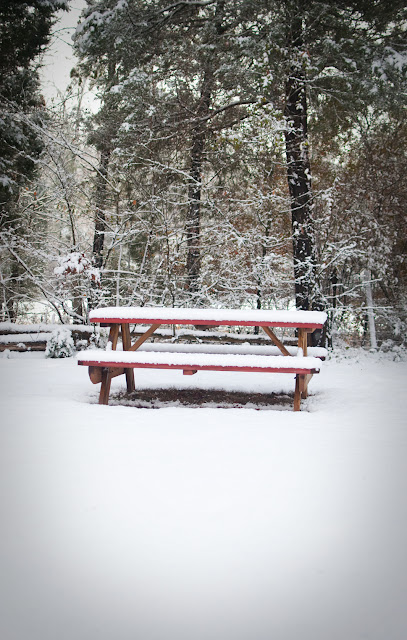 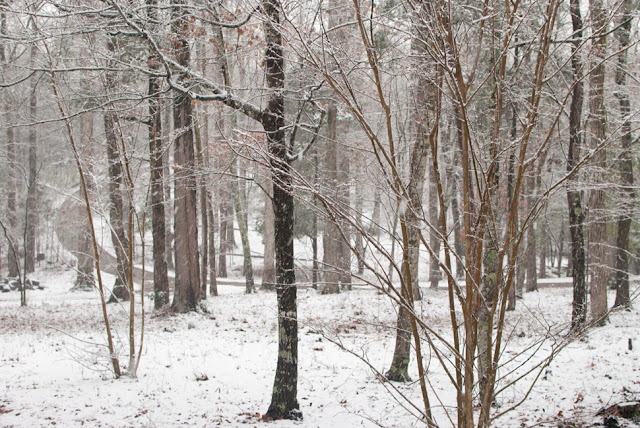 This NEVER happens here the day after Christmas!
I hope you all had a great Christmas!