{Please keep our friend Mason in your prayers!  He was flown down to MUSC on Friday and had emergency surgery.  He had a rough couple of days, but seems to be doing well right now.  Please keep him and his family in your prayers!!}

Last weekend we took a little trip to Tennessee to visit Nana, Mimi, and "Bamps."  We had a nice relaxing visit and a fun surprise!

First, we helped Nana put up her Christmas tree. 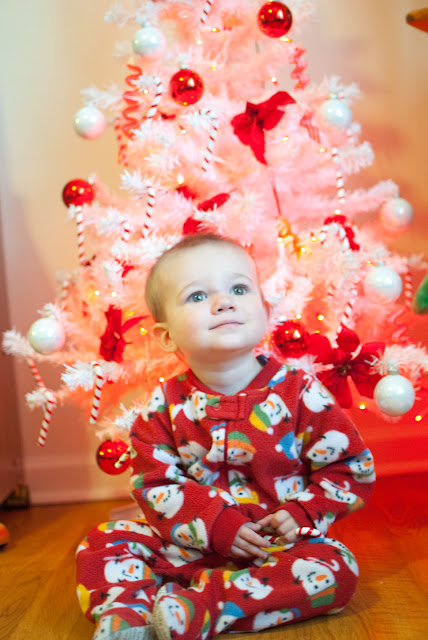 There wasn't much accumulation on the ground,
but there was plenty to play in on our car. 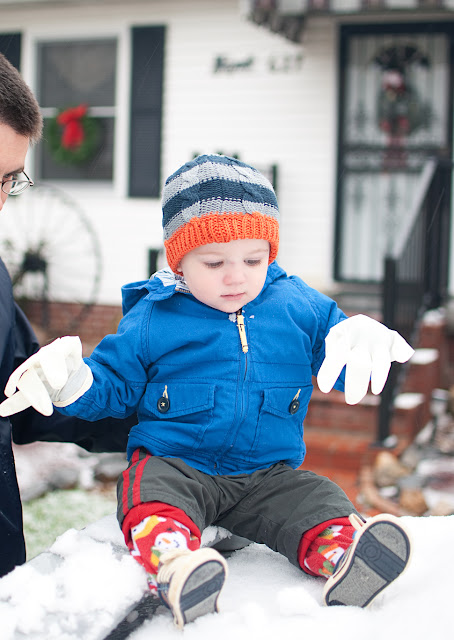 Now, you have to remember that we live in South Carolina.
Yes, it gets cold here. 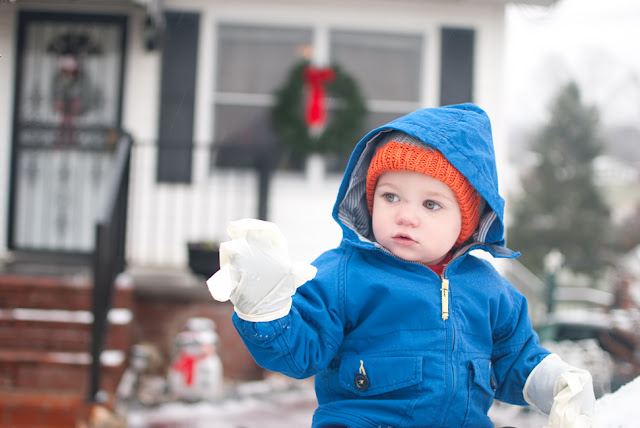 However, it only snows every few years.  It snowed last year
so we're not expecting to see the white stuff any time soon. 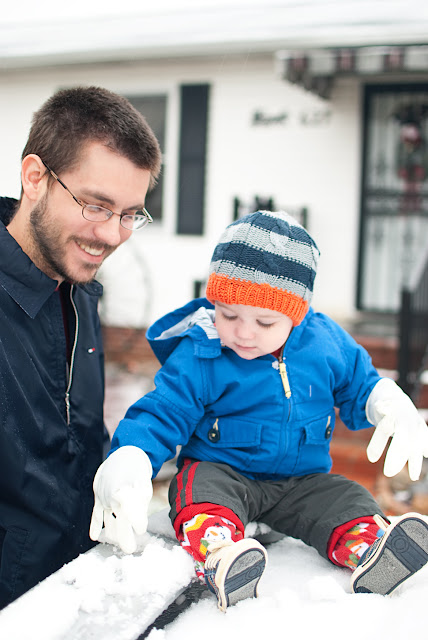 It snows so rarely, in fact, that we did not prepare with waterproof gloves for our little guy.  He did have on gloves, but they were knit and would have been soaked in a couple of seconds. 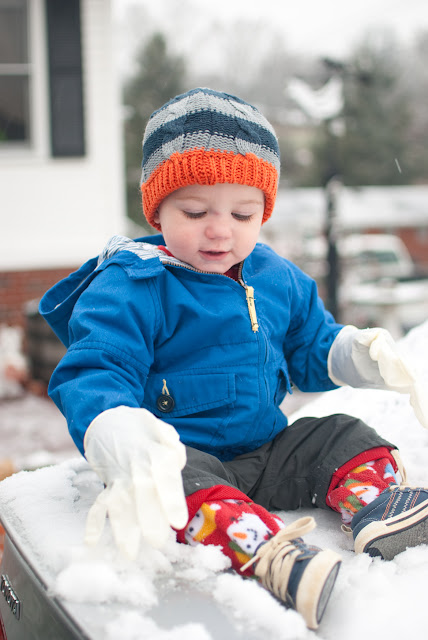 Aunt Shirley (Mimi) being the creative mind she is, decided to put rubber gloves over D's knit gloves so his hands would stay dry.  Genius! 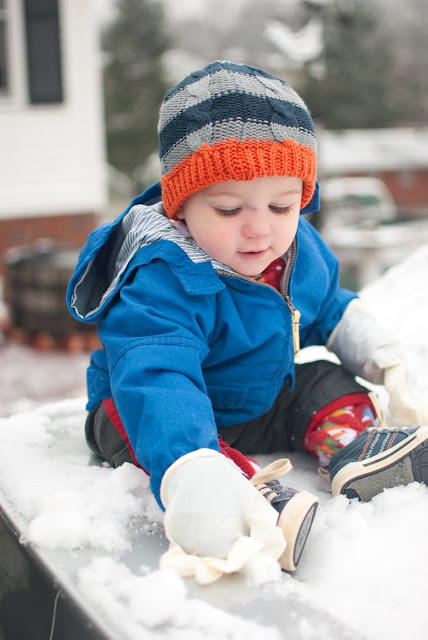 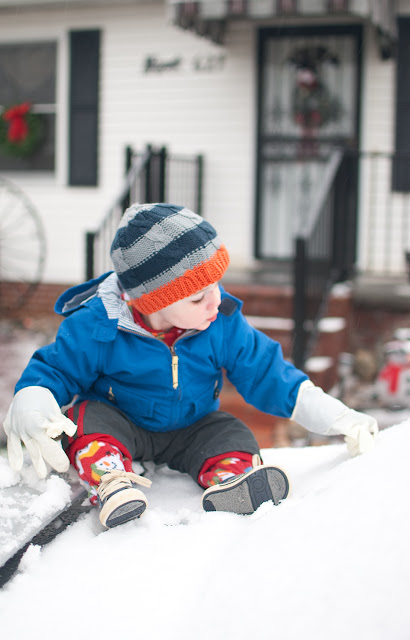 So we stripped him of his gloves 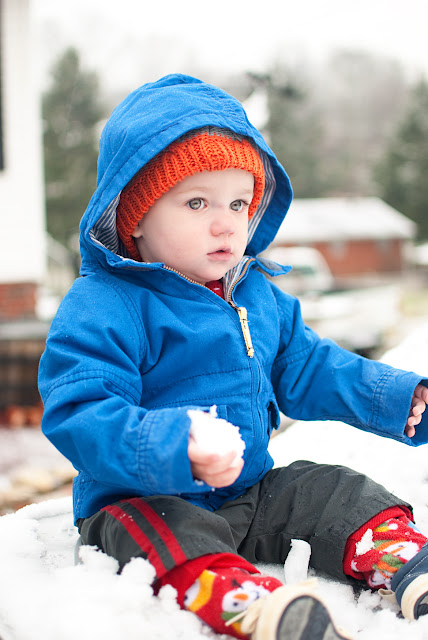 and he loved it! 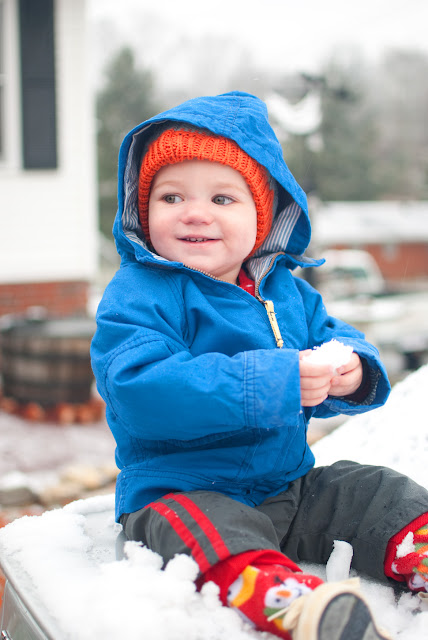 It was so much fun to watch the amazement on his face. 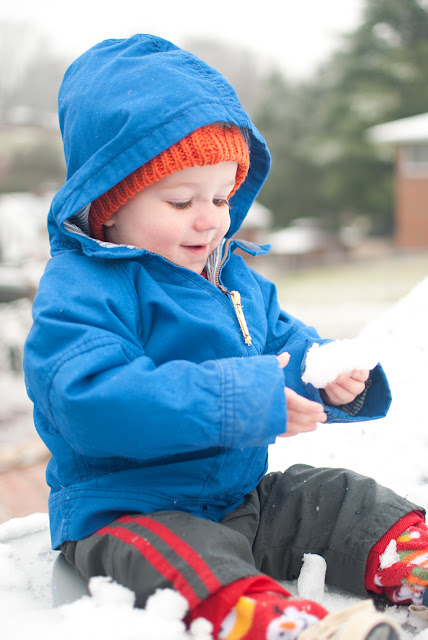 We tried to convince him that it was fun to eat snow (you know it's true), but he wasn't so sure.  Daddy had to show him that it really was ok. 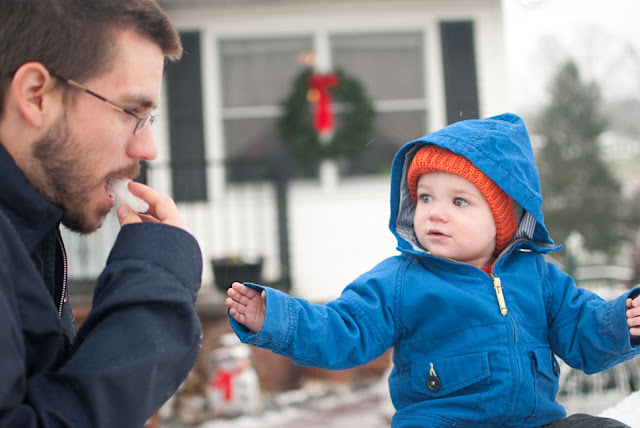 Once Daddy did it, D was all for it! 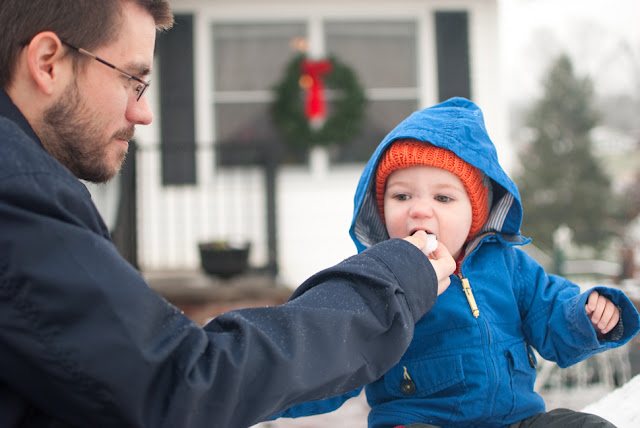 He couldn't get enough! 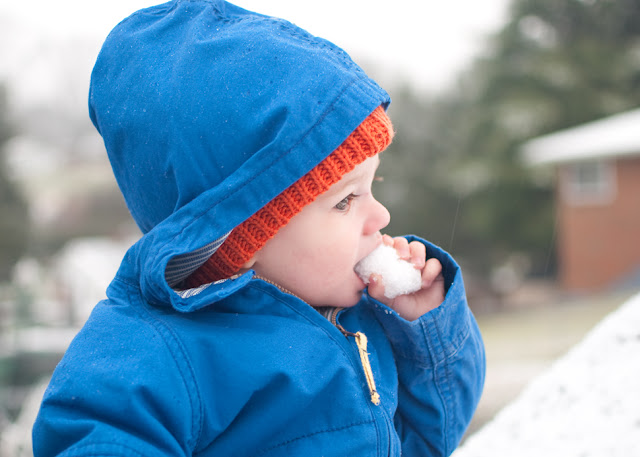 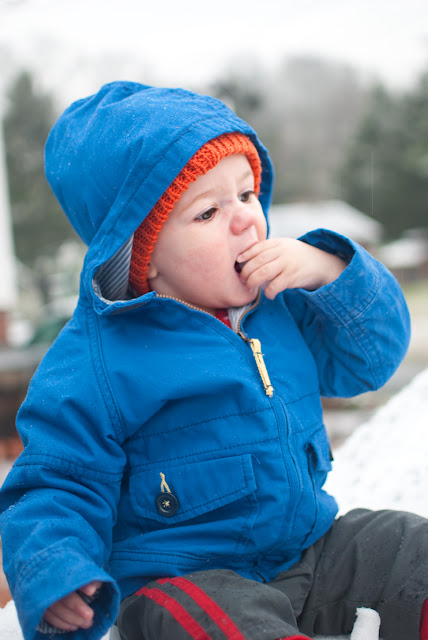 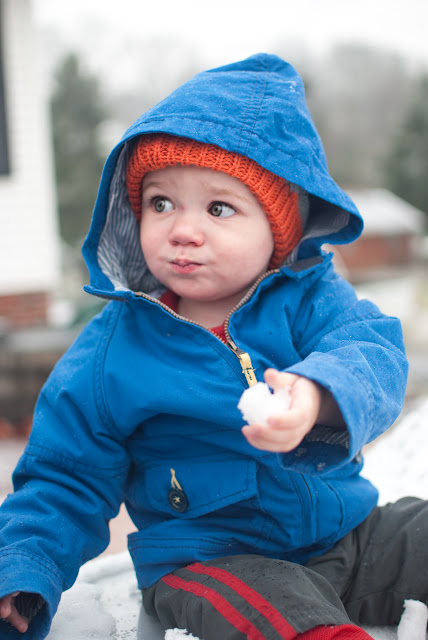