The Big Day and Other Random Thoughts

It's finally time for the dreaded visit.  I guess it's kind of the second dreaded visit, since we got the first one out of the way last month.  It's time again to go see Dr. Shuler, D's cardiologist.  Only this time he's going to be checking out BOTH of our babies' hearts.
Talk about pressure! 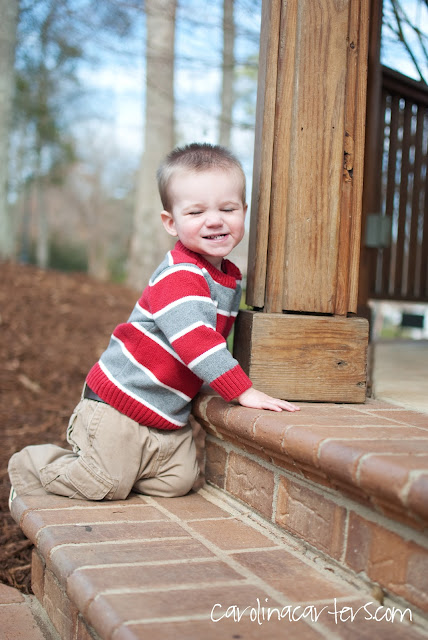 D's "Cheese!!!" face.
We always get a little uneasy when it's time for D's appointments.  You just never know what those little hearts are hiding and no matter what, it's scary.  Since Derrick is so active now, you can clearly see that he is not a "normal" little guy.  He can run and play with the best of them, but he quickly gets out of breath and does some really heavy breathing.  We have to force him to sit down sometimes and take a break, which he's not so good at.  He doesn't like to have to stop playing and his deep, loud breathing doesn't seem to bother him.  It sure does bother us though!  Those are the punch-in-the-gut moments that remind us that he's not "just a regular kid."  Sigh.
Moments like those bring up the fear and questions about when the Fontan may happen.  If he's clearly being hindered by his lack of oxygen will they wait to do the surgery?  How much is too much?  How do you make him slow down without making a big deal about his limitations?    When he's wide open and playing and his heart rate gets higher his sats are sometimes in the mid sixties.  How dangerous is that?  They go right back up when he sits down, but still!  This 'heart parent' stuff is pretty scary sometimes. 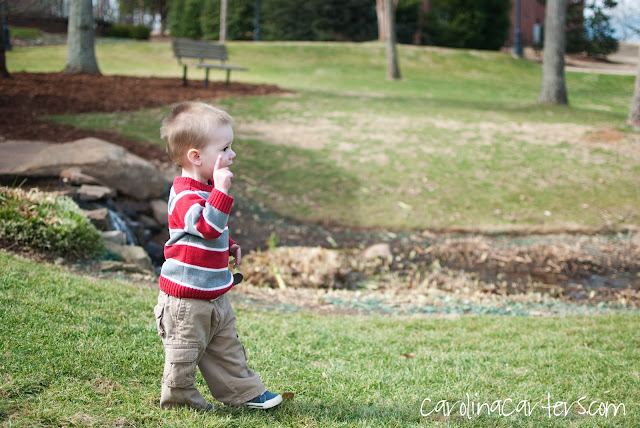 Right now I feel somewhat at ease about Jenny Kate's heart.  We made it past the giant hurdle of actually developing a four-chambered heart, so that's one enormous weight lifted.  Now if we can just get a good report that the blood flow is correct and all of the other pieces and parts of her little heart are there and in the correct place, we'll be in good shape.  We're praying hard for a good report for our girl.
And speaking of our girl, here's the latest view of her sweet face: 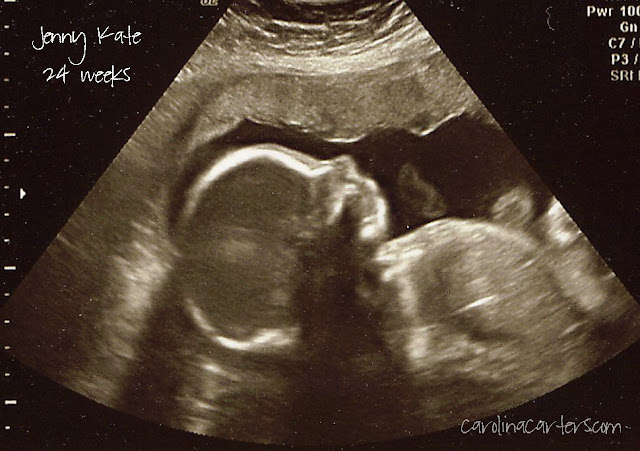 I had a doctors appointment on Thursday.  It was the first one Justin missed because I assured him that it would be a "boring" appointment.  I scheduled it for first thing in the morning because I had to do the dreaded glucose test (which I passed, thank goodness!) and we had no one to keep D.  You're crazy if you think I'm taking that wild man to an appointment that I don't have to!
Anyway, apparently I'm measuring "large" which came as no surprise to me. Seriously?!  Everyone I've seen for the past two weeks has said, "Oh, wow!" when they see me and my big mountain...no "bump" here!  Yikes!   When the doctor did the measure-your-uterus-with-a-tape-measure-test, I was measuring at 29 weeks instead of the 24 I should be.  So guess what?  I got an ultrasound!
I had one disappointed baby-daddy!  He hated that he didn't get to see his girl in action!!  And boy, is she always in action!  The ultrasound tech had to chase her around to get her measurements.  She's one active girl.  I hope she slows down once she meets this world because if not, we are in TROUBLE!
She measured right on target, so she's not "older" than we thought or overly enormous (that'd just be her mama).   She's still a girl and still has a four chambered heart...of course we checked on those things while we were looking too.  Good deal.  :) 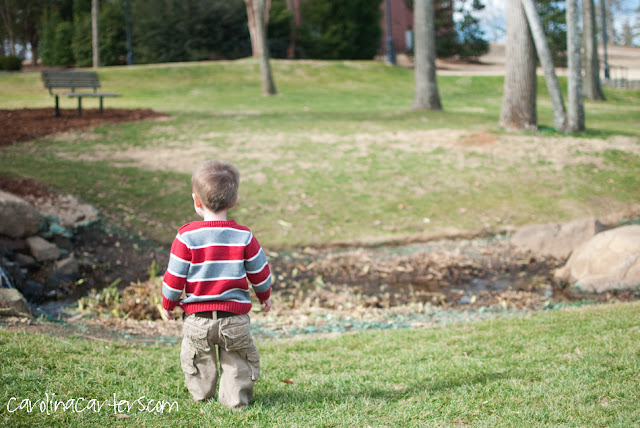 In other random news, today kicks off CHD Awareness Week!  (How ironic that Derrick AND Jenny Kate have cardiologist appointments this week?!)  There are lots of things going on all over the blogsphere to promote awareness, so be sure to check them out!  I hope that by knowing D and his story, he's touched your heart in a way that you'll share the reality of how prevalent CHDs are, and how they impact the CHDer and everyone who loves them.   Help us spread awareness and the great NEED for research!
And speaking of research, I'm super happy to share that we had an AWESOME turnout for breakfast on Saturday!!  We served 250 people PLUS children under four who weren't included in that count.  :)  Hope for BraveHEARTS raised over $3,100 for CHD research Saturday morning!  And we're not finished yet, because we have another breakfast in Easley this coming Saturday!!
I think I can speak for ALL heart parents, grandparents, friends and family when I say, we cannot thank you enough for supporting life-saving research for the heart babies (both young and old) that we love!  Thank you, thank you, thank you!!!!!
I'll update tomorrow after our big appointments.  If you would please pray for both of our little sweethearts, we'd greatly appreciate it! :) 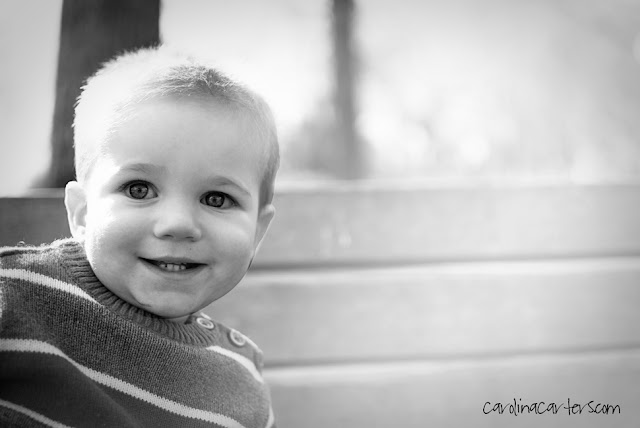