If you have been to our house in the last three months I'm sure you've seen the "water shirt." If not, may I present to you.... 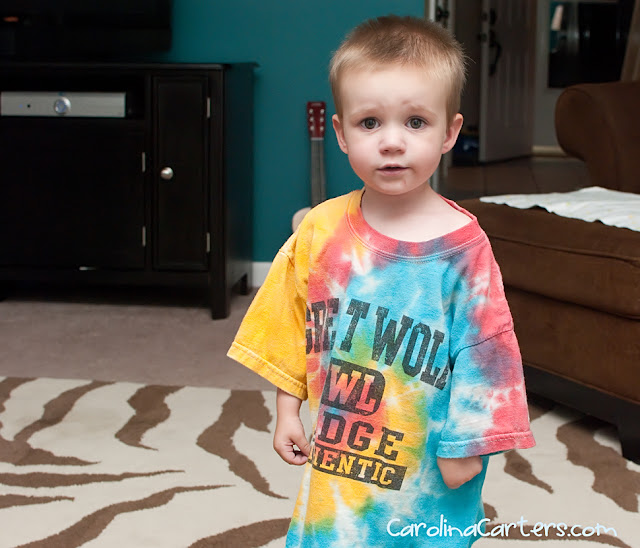 The Water Shirt.
We bought this (obviously) when we went to the Great Wolf Lodge. It quickly became D's favorite shirt and he pretty much wants to wear it 24/7.  He sleeps in it, wears it anytime we're home, and tries to bargain with us to let him wear it in public.  {He doesn't win.}  He probably has a good three to four years before his "water shirt" actually fits him and by then I'm sure it will be completely worn out from the constant washing it gets.
Anyway, while Justin was still off work after Jenny Kate's birth we were able to squeeze in a little project.   We decided since D loves tie-dye so much that we would let him make a water shirt that actually fits him.  He was so super excited he could hardly stand it, so he got to work. 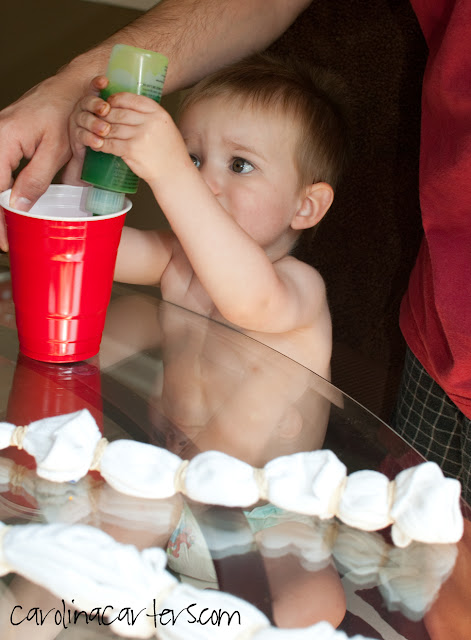 We looked all over Walmart for the RIT dye and had no luck {to later find out that it was in the laundry section..so obviously we didn't look everywhere} so we bought this cool little tie-dye kit.  It came with three colors, rubber bands, and squirt bottles.  Exactly what we needed. 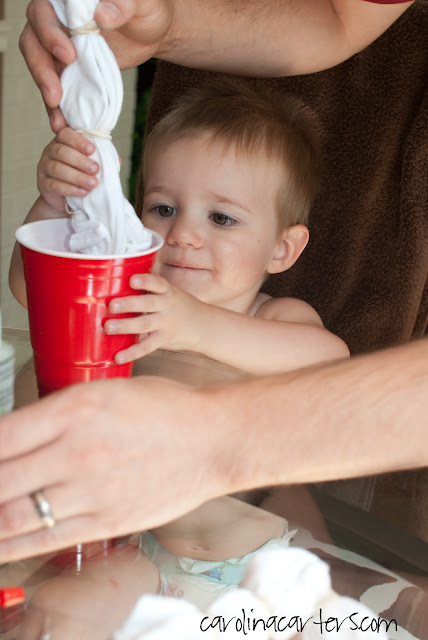 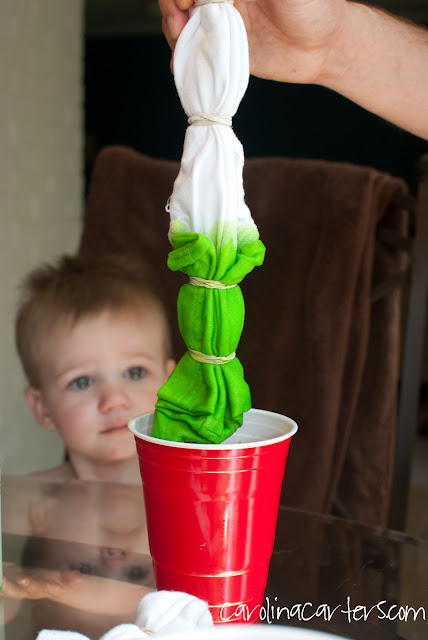 Not to be left out, Jenny Kate was waiting her turn for her first water shirt too! (Whoa, look how much she's changed!!) 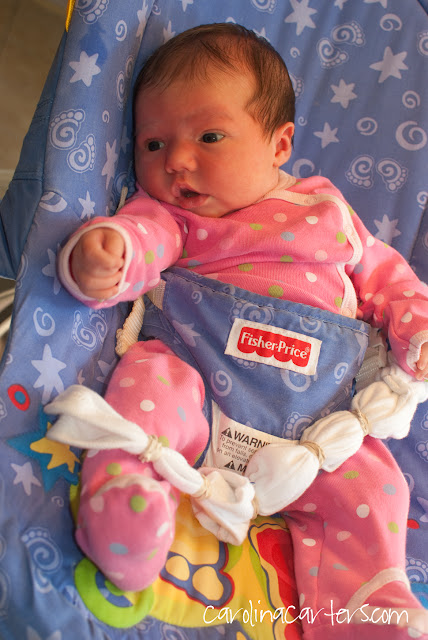 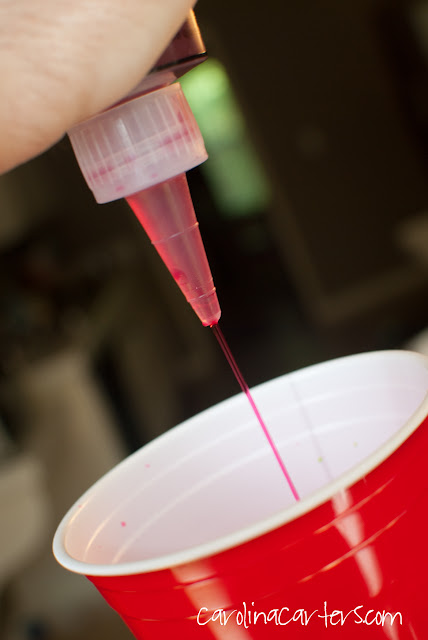 D, being the good big brother that he is, made the perfect one for Jenny Kate with her favorite color, pink!  :) 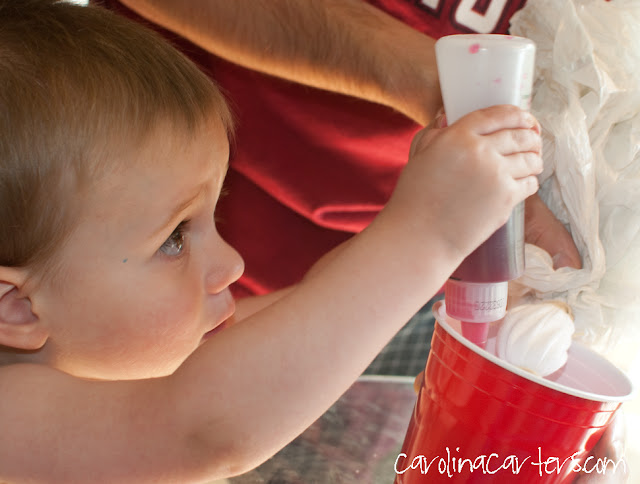 And the finished product (a mere month and a half after the shirts were complete!)... 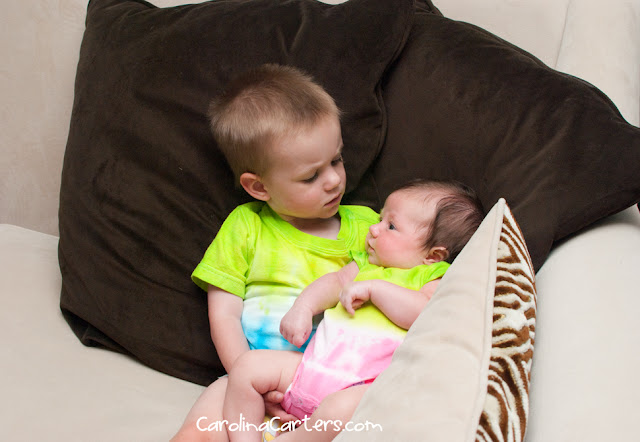 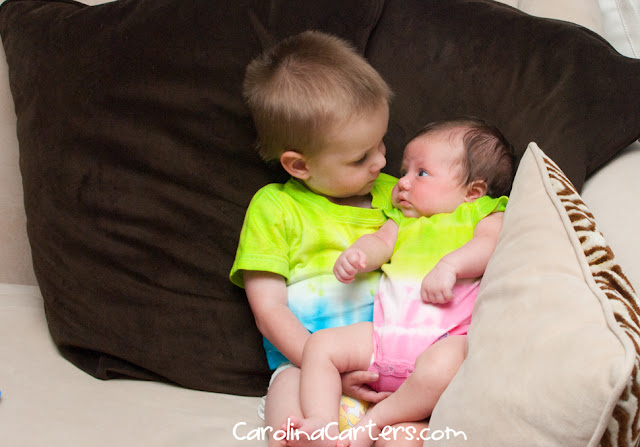 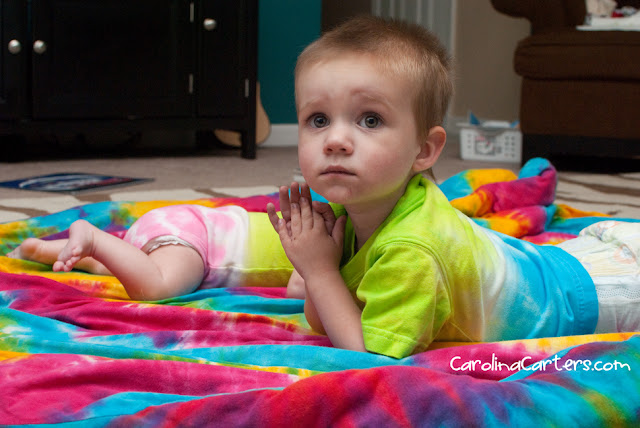 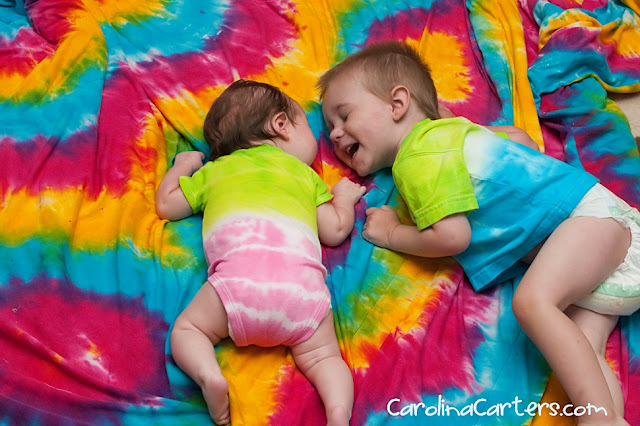 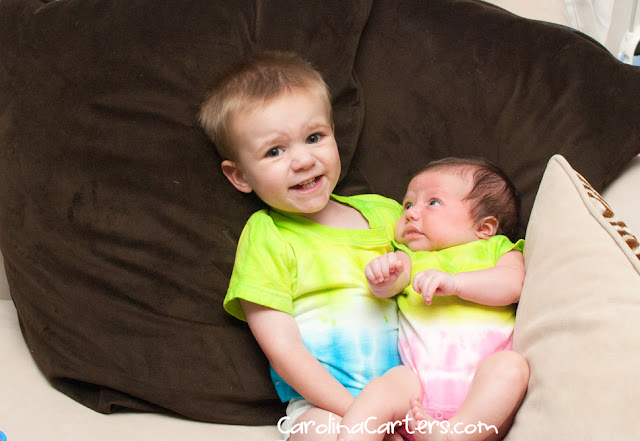 I kinda wish they would have made one for me!