So I guess I forgot to mention that Jenny Kate actually had to get banded, huh?  We've been running around like chickens with our heads cut off around here so I guess I just failed to actually record that we were banding our girl.  {That sounds really strange, huh?}
Anyway, we went to an initial appointment in Charlotte about a month ago, hoping that Jenny Kate's "flat spot" was better and that they'd tell us that she didn't need to be banded after all.  The "flat spot" turned out to be the very least of their concerns.  Hmp!  (Not that she has any thing terrible going on, but for her, the "flat spot" wasn't the issue.)
As it turns out, Jenny Kate's torticollis has caused a few little issues that we weren't aware of.  Because her left neck muscle was so tight, it caused the left side of her face (ear and eye) to not grow forward with the rest of her head.  It kind of held everything back.  It's not that noticeable if you're not aware of it, but once they pointed it out we could both definitely see what was happening.  Here's the crazy way they showed us: 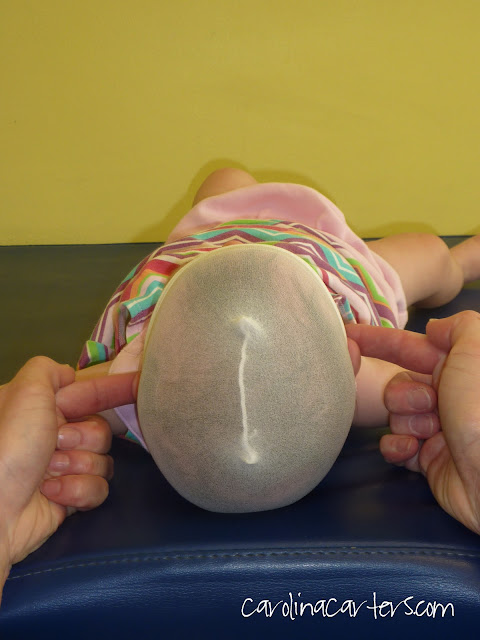 See how uneven the therapist's fingers are?  They're in Jenny Kate's ears.  I'm sure the picture isn't completely straight so they probably aren't quite that bad, but you get the idea.  Once we saw that, we were convinced.  It's more than just a "flat spot" that her hair would cover up.  It's actually affected the structure of her face.  And beyond the annoyance of having to make her glasses crooked for them to fit on her face, the bone structure of her face not being symmetrical can cause issues later (like TMJ and some other things that I can't remember!).  So, we were sold.  Our little chica would have a new accessory.
We went last week to have Jenny Kate's band made.  It's so crazy the way they do it.  They held her upright on a stool and 15 cameras all around her took pictures at once.  That gave them the shape of her head so they could make her band exactly how she needs it.  I was going to take a picture of the whole setup but never got a chance.  It's kind of crazy!  I figured they'd make a mold of her head but nope.  Pictures.
We picked up the band Monday.  When the lady sat down in front of Jenny Kate to try it on her she giggled like crazy.  It was so funny!  I have no idea why Jenny Kate thought it was so funny to be doing this!  I hope it was her way of telling me, "Mommy, it's gonna be FINE!"
We made it through night number one and JK slept more than I was afraid of.  She woke up about an hour after I put her down, but went back to sleep.  She woke up again this morning at 5, so I rocked her and took the band off so she could get some comfortable sleep.  Hopefully tonight she'll make it through the night.  Nap time hasn't been so promising, but I'm crossing my fingers!  She likes to sleep on her side and the side of the band digs in her face a little from the pressure of that angle.  If she'd sleep on her back it wouldn't be an issue, but the girl loves sleeping on her side.  I guess if that continues we'll have a chat about that when we go back on Monday and see if there's anything they can do.  If any of you reading this have any suggestions or experience, I'd love to hear it! 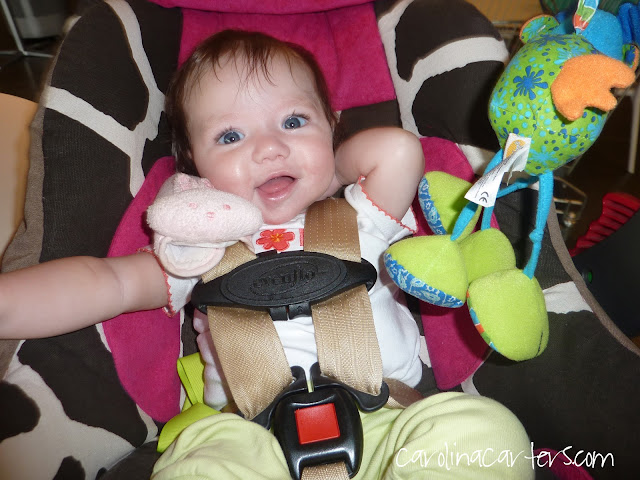 Overall, Jenny Kate is doing very well with everything.  We're still going to therapy twice a week, but I'm really, REALLY hoping they'll cut us down to once a week since we're driving to Charlotte once a week for band adjustments (and that's a 4 hour round trip drive).  Our girl keeps us busy, that's for sure!  That's ok though.  She's totally, absolutely, without a doubt worth it.
And all that driving to Charlotte...there IS an awesome advantage.  IKEA is minutes away.  And I mean, you can't drive 4 hours just for a 15 minute appointment, right?  It only makes since for us to stop at our favorite store! :) 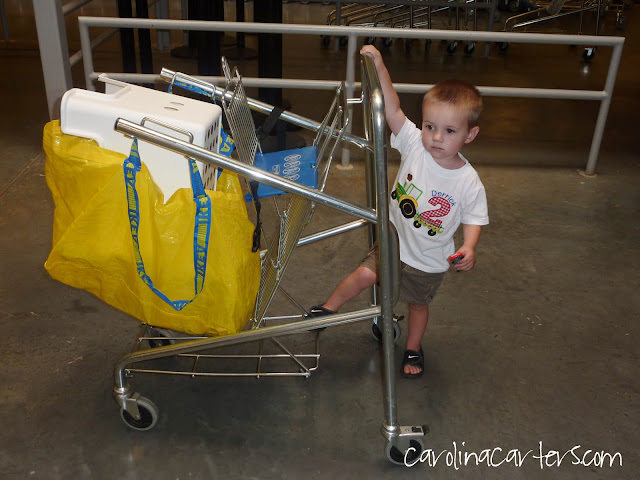 Now, off to bedazzle that band. Ideas?