It's Been AWESOME Outside!

Oh, how I wish we could have 80 degree weather every day, or at least for a whole month! Poor Derrick stopped asking to go outside months ago because it's just been too hot for him to handle. He'll look out the window at night and say, "It's not hot outside." Poor guy. The only time we've been out to play lately has been when it's almost too dark to see.
Until THIS WEEK! I went to get him up the other morning and I was SO EXCITED for him to hurry because it was actually COOL outside! We hurried and had breakfast and went straight outside to play. 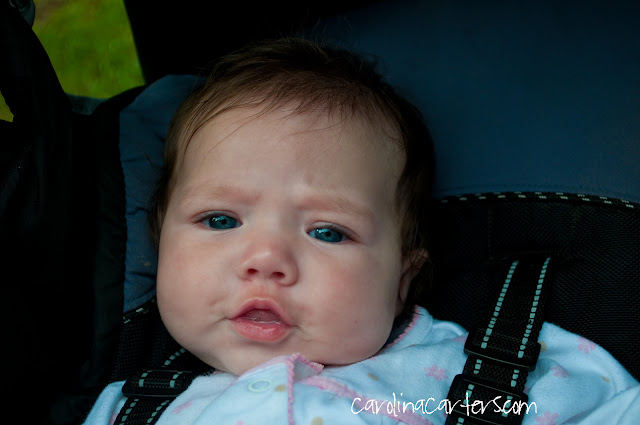 Jenny Kate was excited too, don't let her fool you! 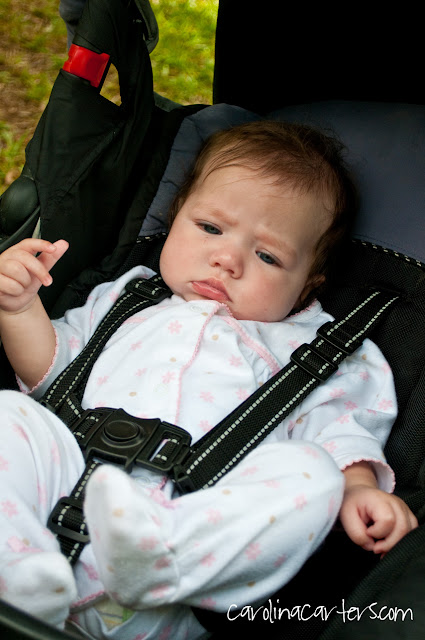 It was so cool that she stayed comfy and cozy in her pjs. 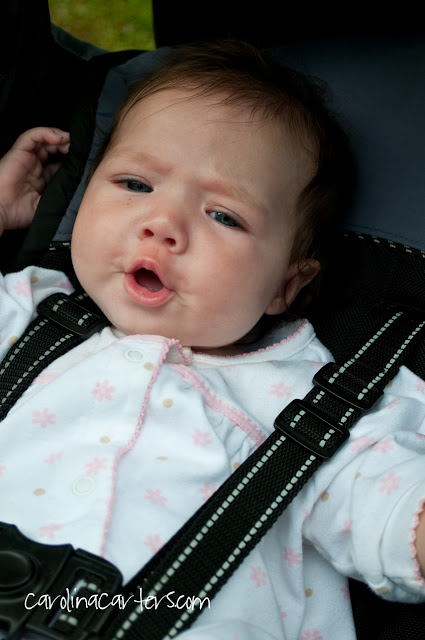 She just took it all in. 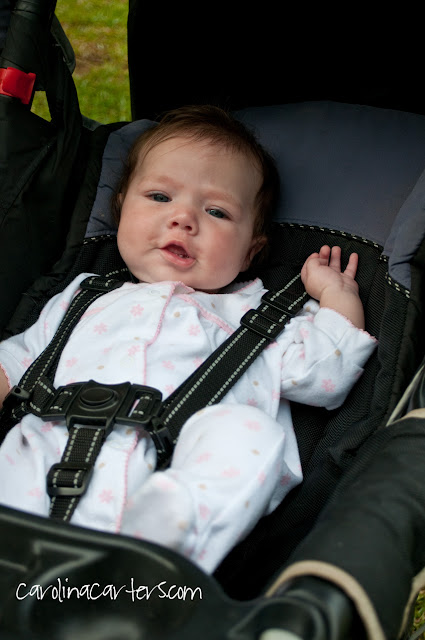 Derrick wanted to start in the swing.  WITH smarties, of course. 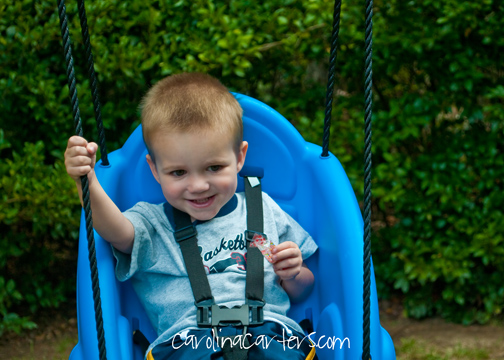 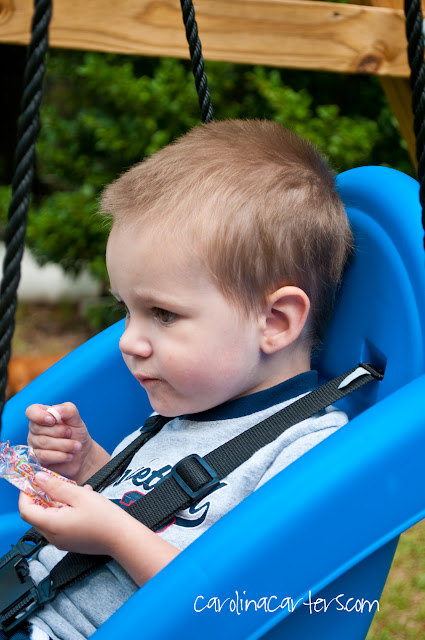 This was the view from my swing.  OMG. 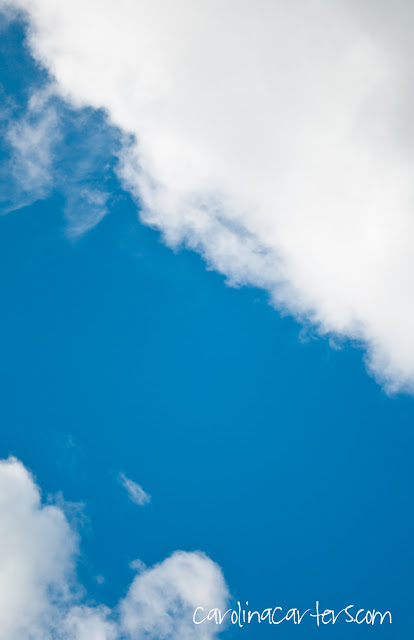 All the while, Jenny Kate just watched. 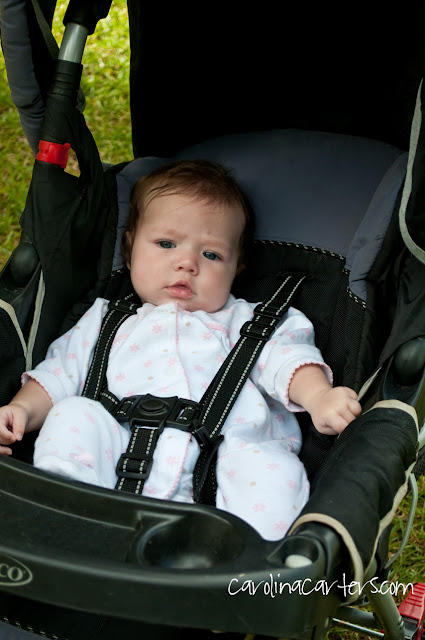 And talked about what she saw. 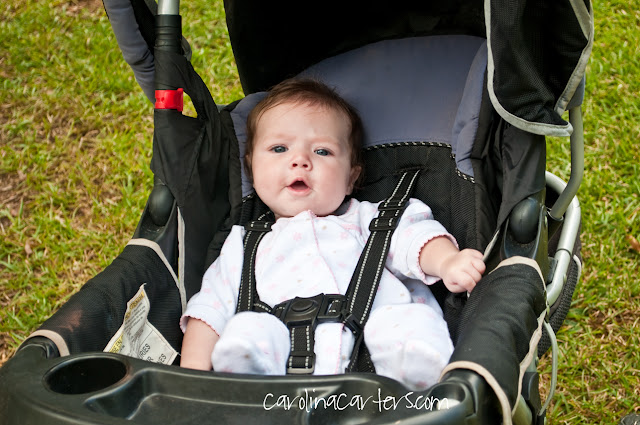 "Anda-belle" enjoyed being out with us. 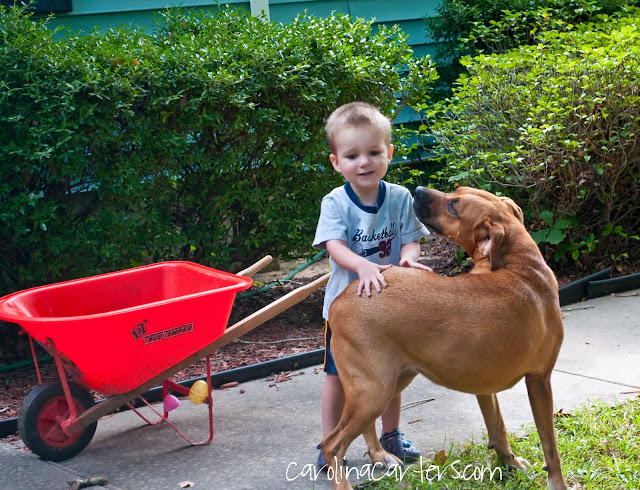 Derrick had a lot of work to catch up on. 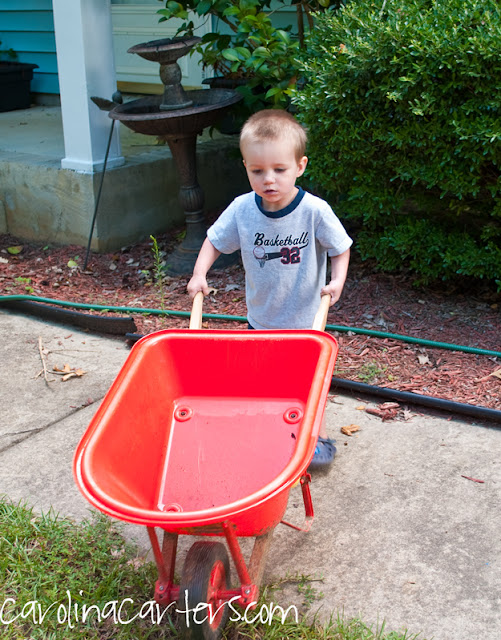 He had to check out our poor, pitiful garden.  The okra are hanging on (since we put a fence around the garden...we have some hungry deer around here!). 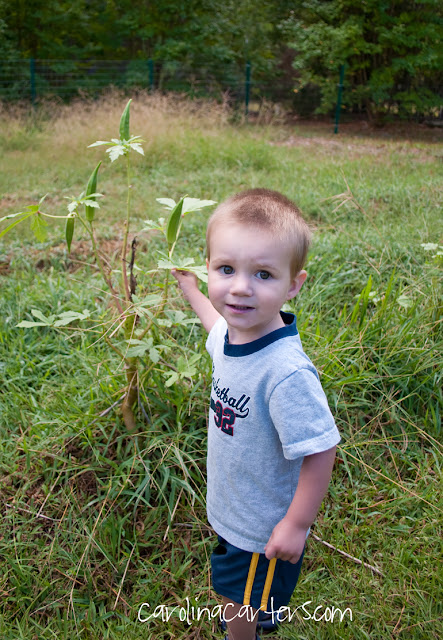 Our cute little watermelon is growing right along too.  We'll hope this one doesn't burst like the last one did.  Sure would be fun to cut it open and taste it! 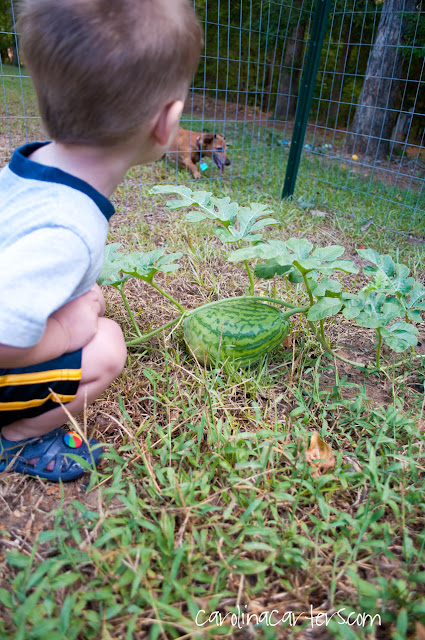 The herbs have done well. 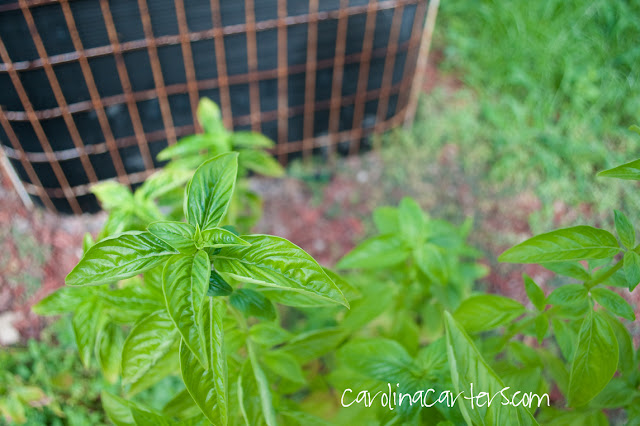 After being out for a while Annabelle decided it was getting a little hot for her taste. 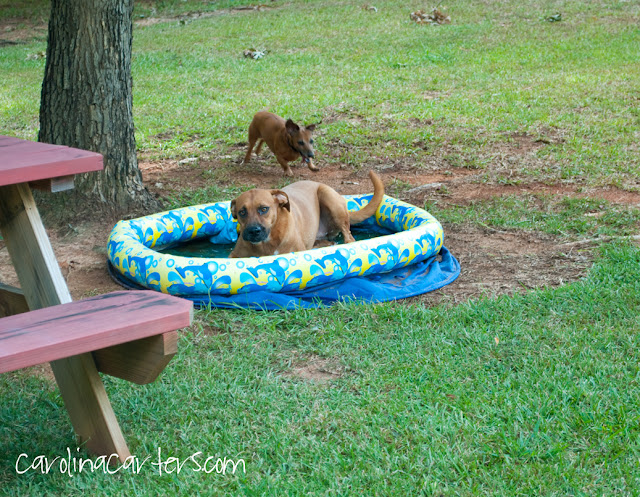 She had a blast at the pool! 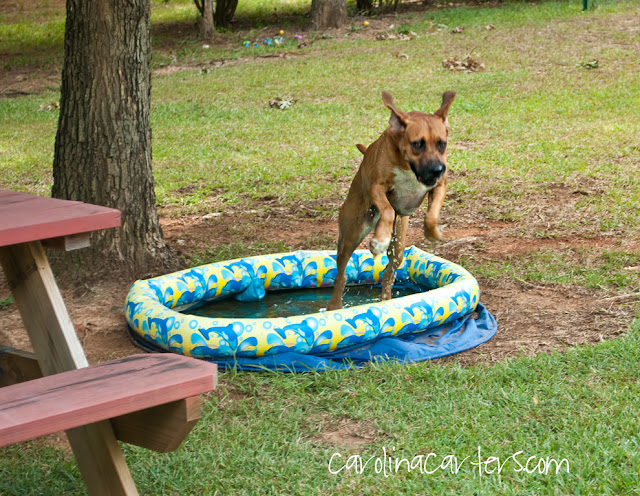 Derrick had to water the plants, 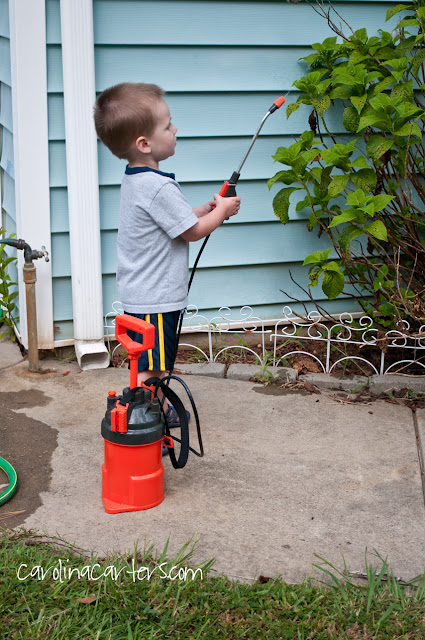 which was pretty hard work.