Birthdays are a big deal around here.  A big, big deal!  So since they're such a big deal, I decided that we should be celebrating half birthdays too! 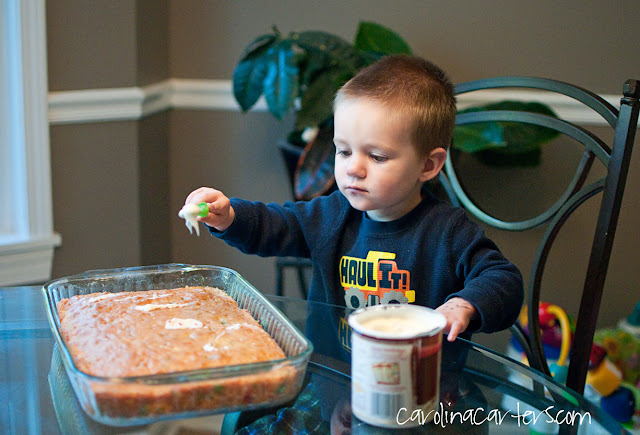 Derrick turned TWO & a HALF on Thursday! 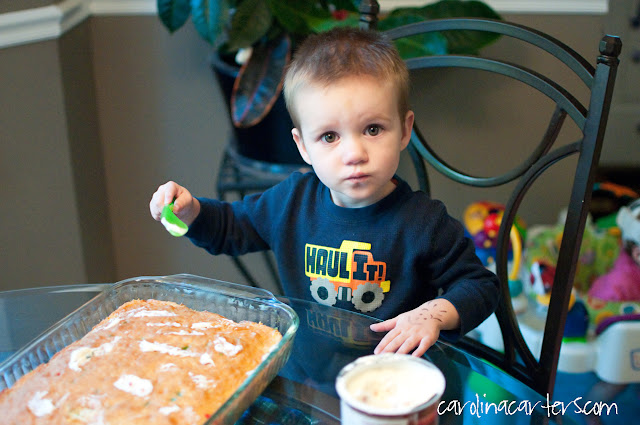 My, oh my where has the time gone?! 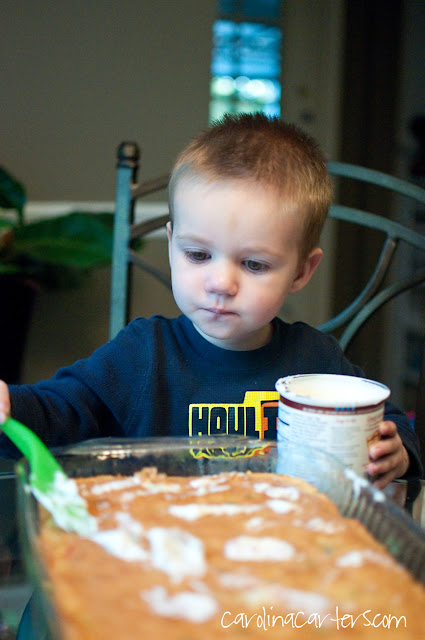 He got out of bed Thursday morning telling me that it was time for his birthday party.  Poor thing.  It's a good thing he doesn't completely understand that because he would have been a little disappointed! :) 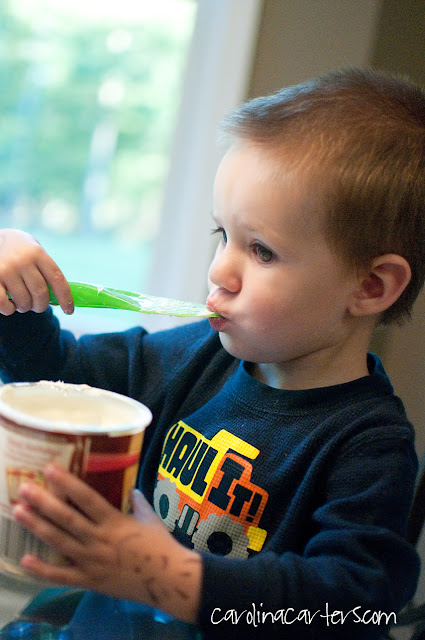 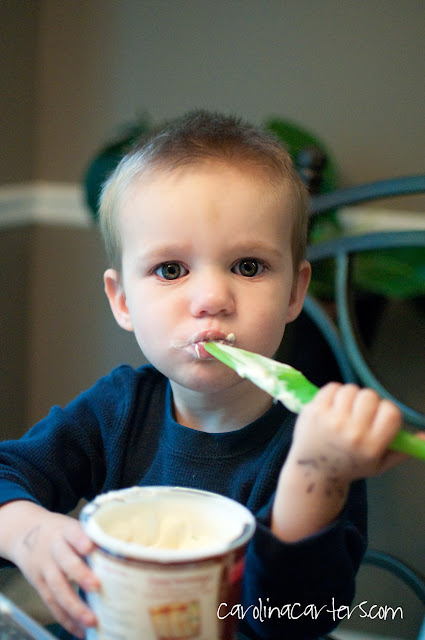 And apparently, cake was enough. 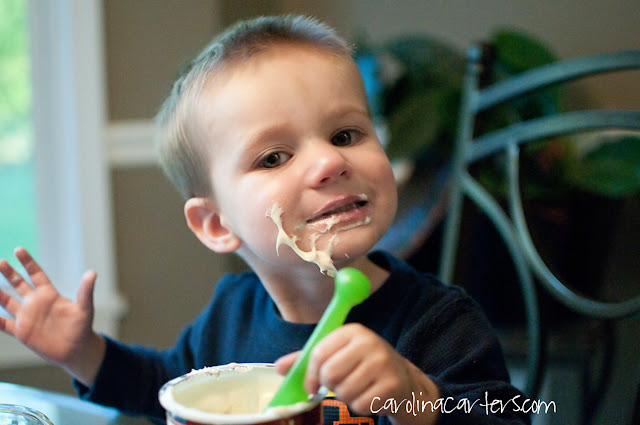 Now this was his cake, so I let him decorated it however he wanted. 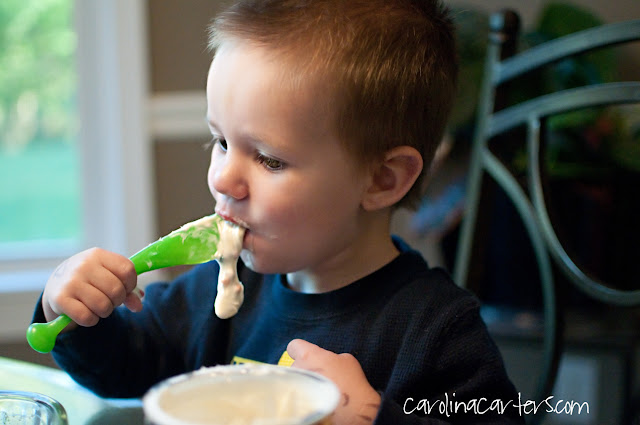 It was an eat-at-your-own-risk kind of cake. 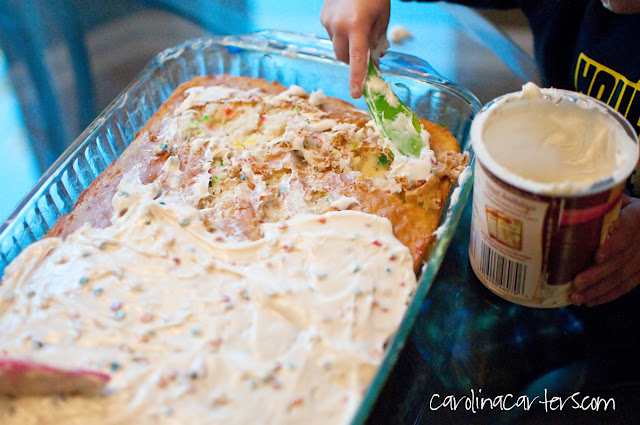 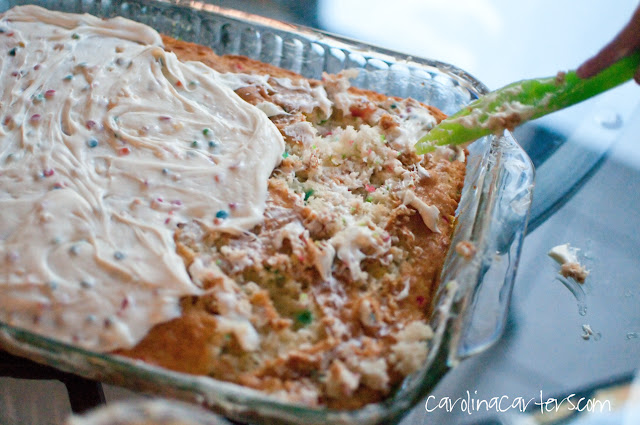 I asked if I could help make the cake a little more, you know, presentable? 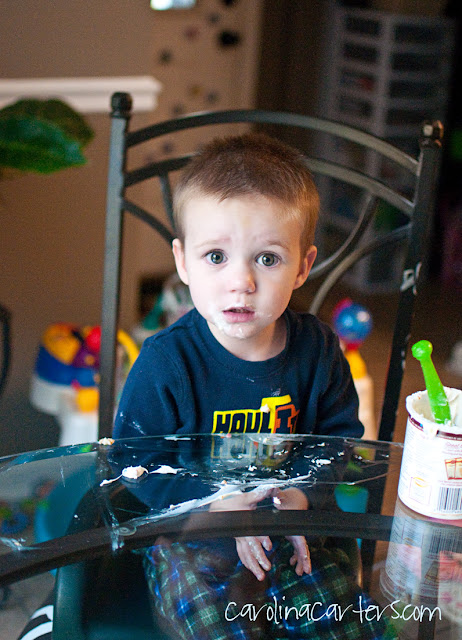 Afterall, I had to make sure Derrick and I were NOT going to be the only ones eating this thing! 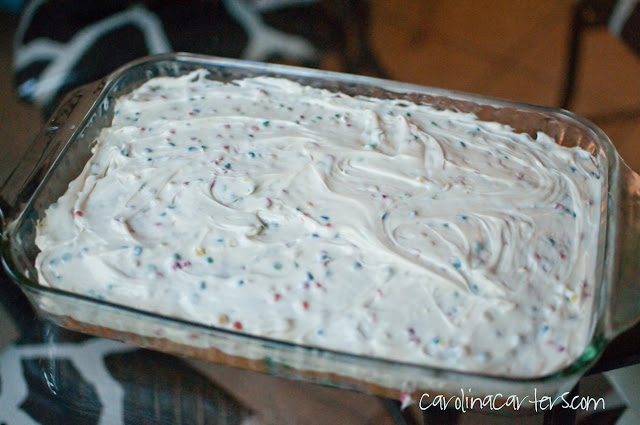 He was ready for cake! 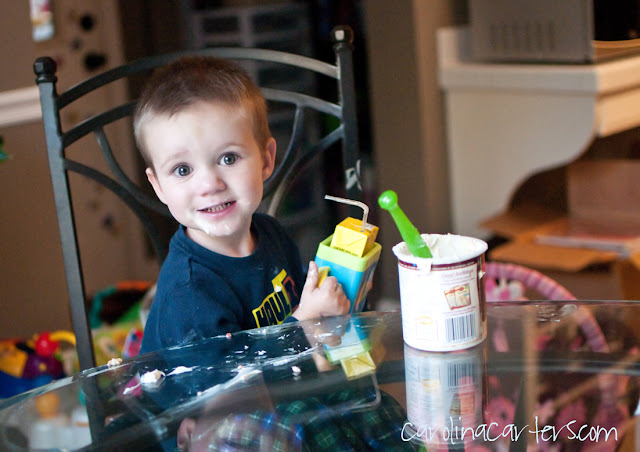 Jenny Kate wasn't sure what all of the excitement was about. 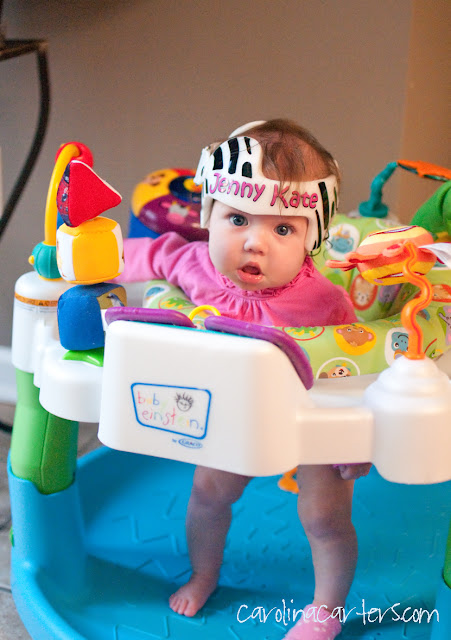 Before we could dig in, D had a little more decorating to do. 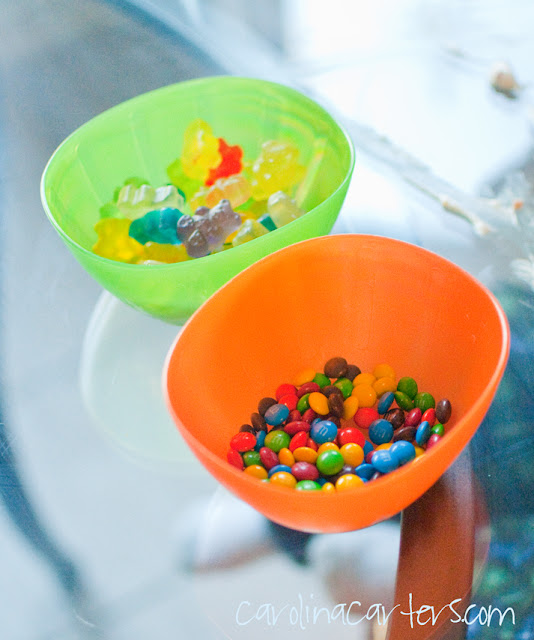 He carefully placed the gummy bears on his cake.  (Poor guy kept calling them vitamins!  What kid of message are we sending our children feeding them gummy bear vitamins?! :) 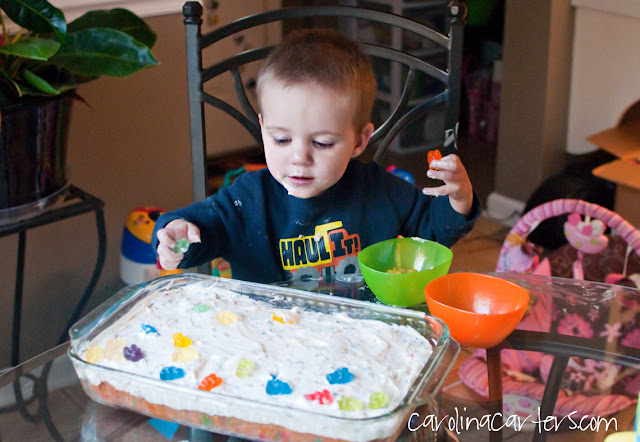 Jenny Kate was getting super excited about the cake now! 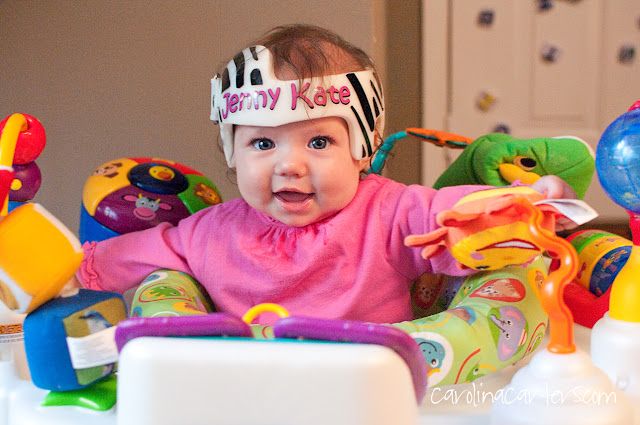 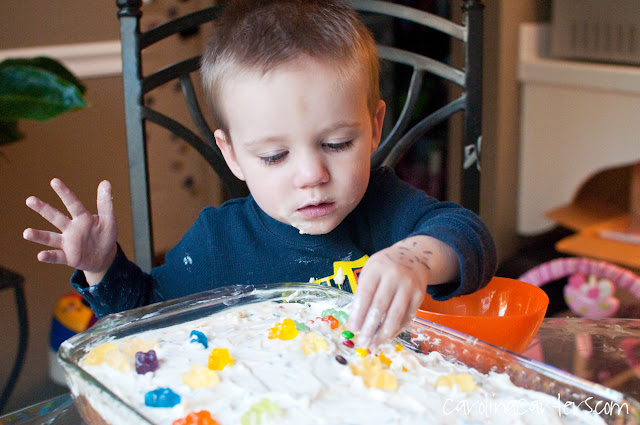 And by this point he had consumed so much sugar that he could hardly stand it! 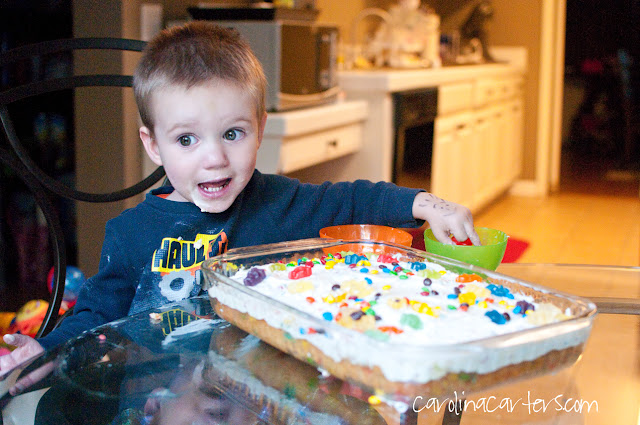 So he got this decorating over with the easy way. 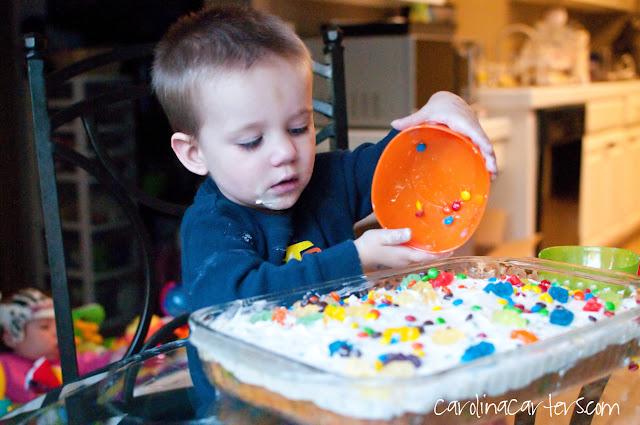 D made the cake absolutely perfect! 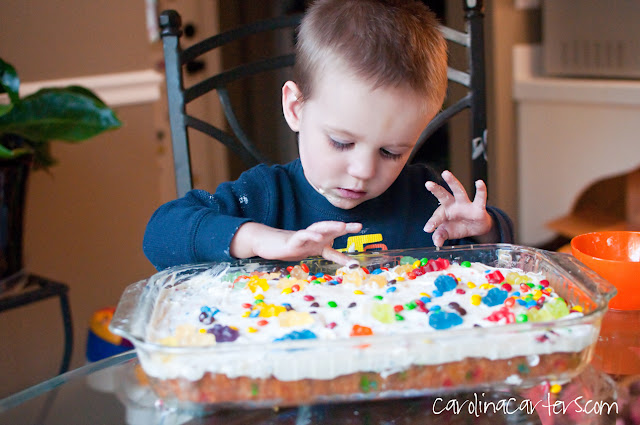 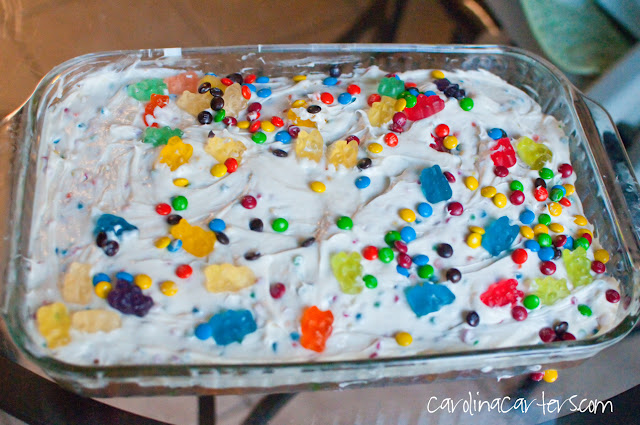 When it was finally time to eat the cake, all he wanted were the "vitamins" on top.  I guess he knows what's under all of that icing! 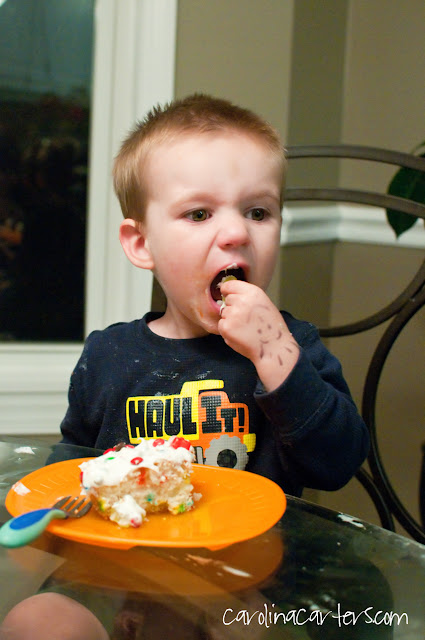