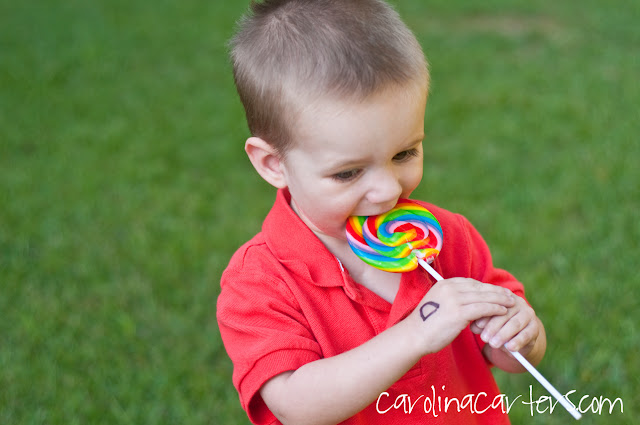 One of the most difficult parts of parenting that I've dealt with so far has to be separation anxiety.  And Derrick has it.  BAD.  It hurts me so bad to leave him when he's crying, but I know that's the only way we'll ever get through this.  We always tell him exactly what's going on because I don't believe in trying to "sneak away" so he doesn't cry.  First of all, he's too smart for that and second of all, I don't want him to not trust us. 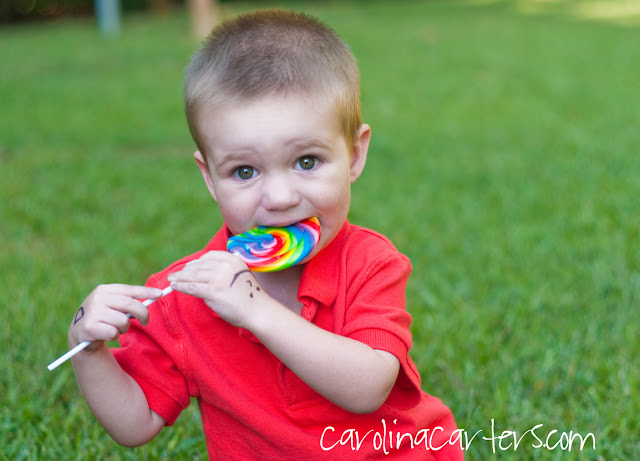 Saturday night we started with the church prep/pep talk.  We told him that he was going to go see Ms. Debbie (whom he LOVES...as long as she's holding him) and that he was going to go to Sunday School and play with friends until we got out of our Sunday School class and church.  When I finished telling him everything he said, "And Derrick will not cry."
That's right, Buddy.  No crying. 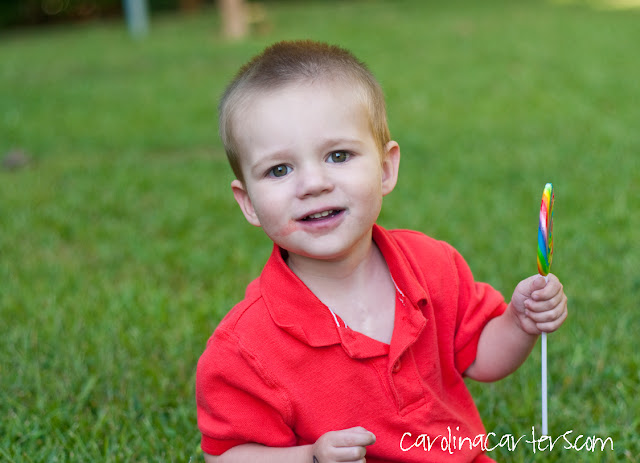 Sunday morning he and Justin worked out a deal over breakfast.  Justin told him that if he would be a big boy and not cry while we were gone, and if he would sit in his own chair during Sunday School instead of Ms. Debbie's lap, that they would watch Cars and eat popcorn and cookies when he got home from work.  Derrick was SO excited about this deal!  {He thinks you only watch Cars in the car on long trips, so watching it inside is a treat, ha!} 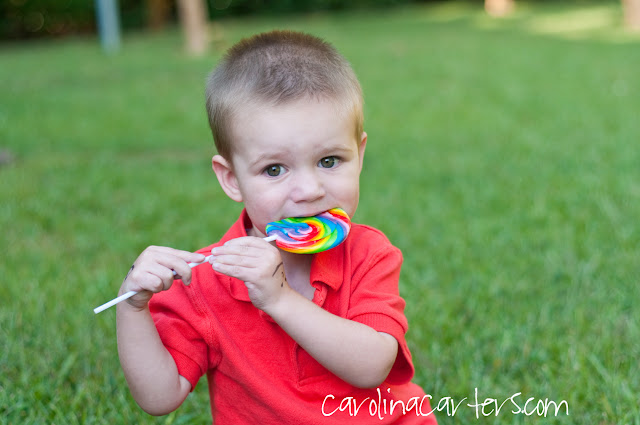 When we got to church he went with Ms. Debbie but he did cry when we left.  We decided that didn't really count because lots of kids cry when they're dropped off.  When I went to get him after church he was playing!  (Not with other kids, but he wasn't in anyone's lap either!!)  As soon as he saw me he told the girl in the nursery, "Mommy's here!"  He came running to me and said, "Mommy, I did not cry!  I did not cry!  We can watch cars inside!"
I gave him a big hug and told him I was proud of him.  He looked up at me and said, "Thank you, Mommy." I asked the girl he was with in the nursery how he did and she said he was good.  He did sit on her lap for a while during Sunday School, but he got down some too.  (He always picks those cute high school girls to cling to!  He's no dummy, I tell you!)  Before I left, I said, "So he did well?  He did some things on his own?"  The other lady in the nursery said, "Well, he was pretty clingy.  I wouldn't really say he did a lot on his own." 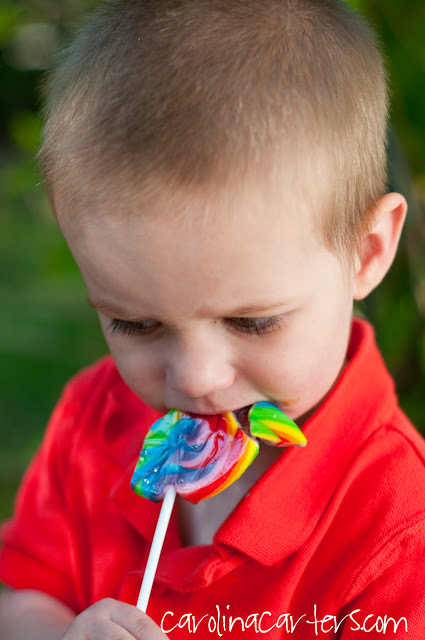 On the way to pick up Jenny Kate we ran into Ms. Debbie.  She assured me that he had done much better and that she thought he earned his movie night.  Thank goodness.  I know he's not a kid that will just run off and jump in a group and start playing.  He's shy and he doesn't like to be left.  But we're working on it, and I really appreciate those special people like Ms. Debbie who will take the time with my little man to make sure he feels secure and loved. 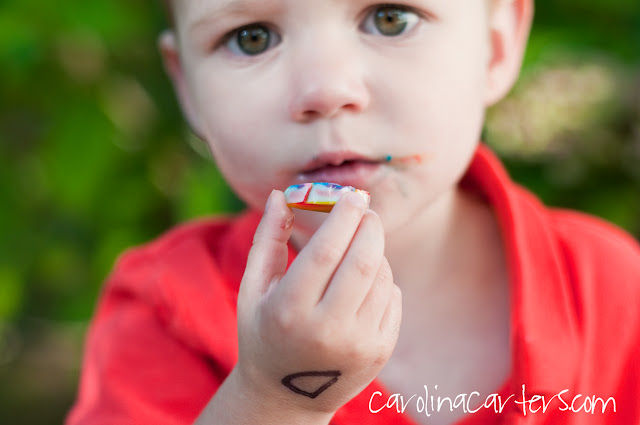 On the way home we decided to go see Justin at work so Derrick could tell him how he had done at church.  We walked in and he proudly said, "Daddy, I did not cry!  We can watch Cars inside!"  He got to go behind the counter with him and Justin was showing him around (even though he's been there a million times) and he looked at Justin and said, "Daddy, do you have aspirin?"  Ha!
On the way out a customer came up and started talking to Derrick.  She asked him how old he was and he replied, "Twenty-one."  What?!
This boy is a mess.  One minute he's crying like a baby and the next minute he's 21.  Literally....well, so he thinks. 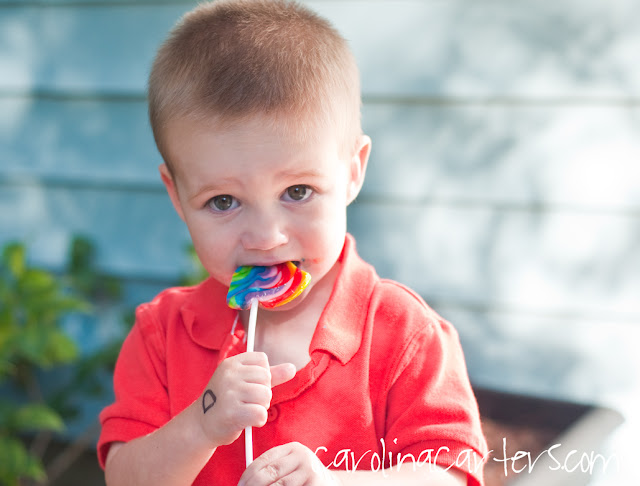 We have a lot of work to do with the separation anxiety, I know.  But we're keeping at it.  I want him to go to preschool next year and I can't bear the thought of him crying and clinging like that.  So, we're working.  And praying about it, because I'm telling you, I think it hurts me even more than it does him! 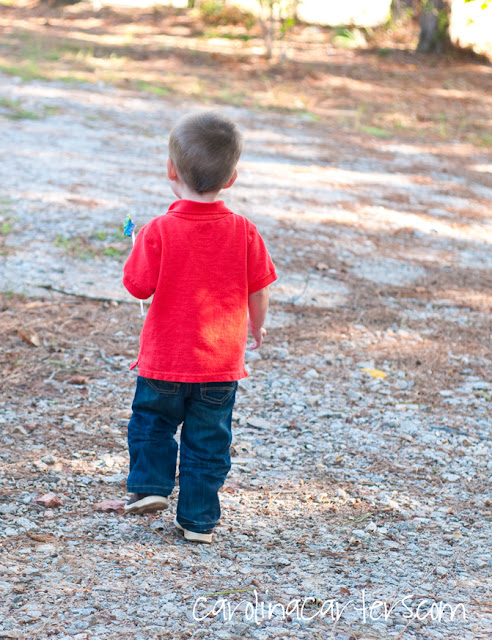