Madagascar 3 and a Mall Playdate!

On Sunday Mamaw and Papaw took Derrick to see Madagascar 3.  He was SO excited!  This was the first time he had gone to do something with someone else without at least Jenny Kate being with him.  It really made me realize how much my baby boy is growing up!

Here he is in Mamaw and Papaw's car ready to go.  He kept asking before they came why they weren't going to drive our car and he kept saying, "Is Jenny Kate not going to be there?"  They're a team, but I'm pretty sure he was glad she wasn't there when he got all of the attention and got to drink sprite  and eat sour skittles!  He had a big time and I'm pretty sure he's ready to go again! 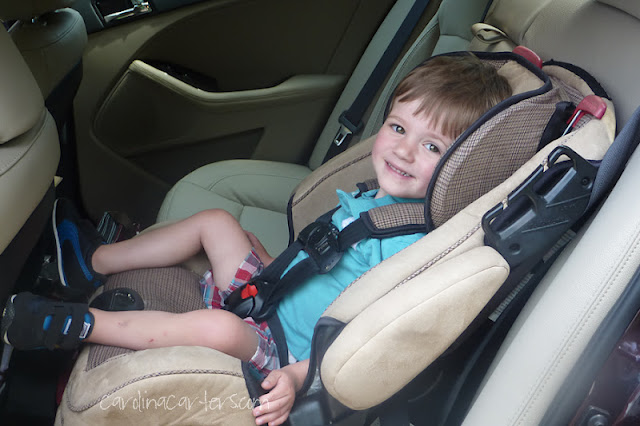 (Yes, I know his buckle isn't in the right place.  I fixed it before he left!)

Today we went to Family Fun Day at the mall. 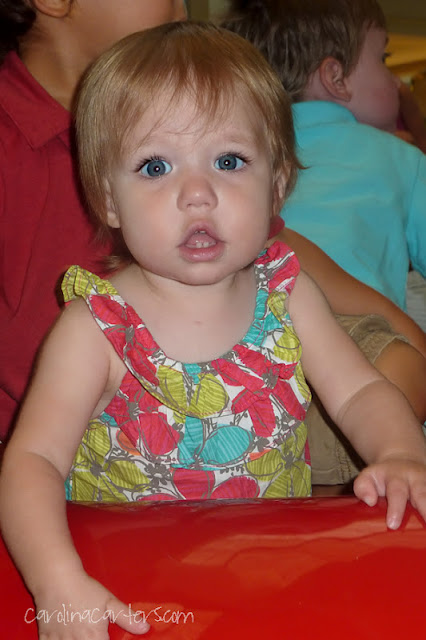 The playground was full of little kids squealing and playing.  They had art, story time, music and a magic show.  Derrick was very interested in the magician.  I was really surprised at how he walked right into the middle of the group to watch.  He's not usually big on crowds of kids if one of us isn't right beside him.  Not today! :)  He even eventually sat down! 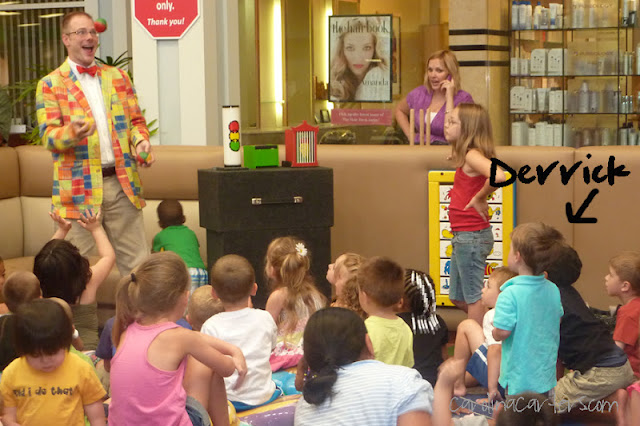 Jenny Kate's girlfriends were there.  We tried and tried to get a picture of the three of them, but with all of those kids running around (and a super slow camera) it was nearly impossible. 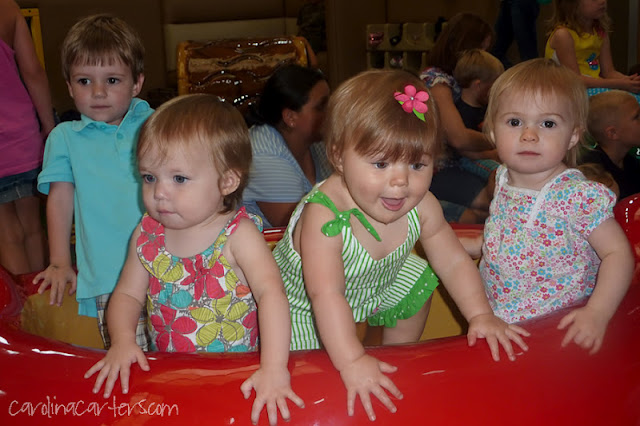 Girlfriends are the best! :)

And it sure was worth the chaos to get to hang out with my girlfriends today too! :)