A May Catch Up and Does Anyone Need a Child's Wetsuit?!

My connection with the outside world has been repaired!  Our modem went out last weekend so we were without the good 'ol www for a few days until Justin could get us a new one.  I don't even pretend to mess with things like that.

And then we got hit with the stomach virus.  Ugh. And it lasted for DAYS.  Of course it was worse for the one who doesn't need to lose any weight.  We're all better now and hopefully have everything sanitized and can be on our way to some fun.

On Memorial Day Justin cooked for us.  That's dedication! :) 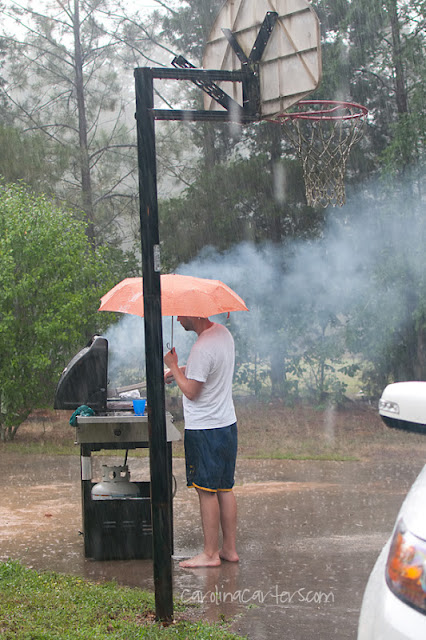 Jen, my roommate from my freshman year in college, came to visit from New Jersey.  We haven't seen each other since right before I found out I was pregnant with Derrick so this was the first time she'd met either of the kids.  I'm sure visiting us now is like visiting totally different people (probably from a totally different planet).  Our world has changed so much since then but I hope we weren't too chaotic for her!  The kids loved her and Derrick is still talking about Miss Jen and her airplane!  We miss you Jen! :)

We took her to our favorite hangout, the zoo. 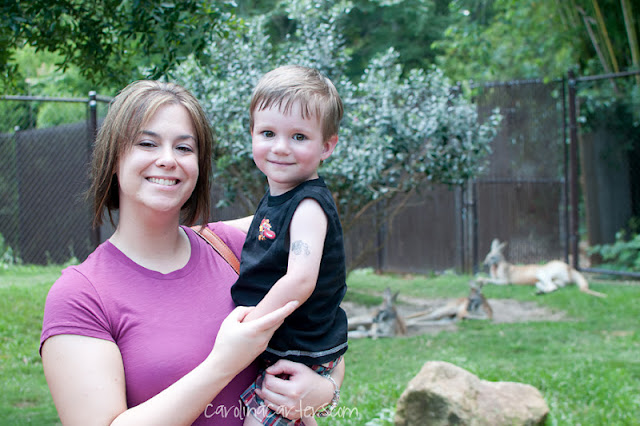 Derrick was going to go on a pony ride, but he was like half-a-hand too short.  It was kind of a bummer.  He was ok with it because they let him pet the pony, but I know he would have loved taking a ride.  When we first walked by I thought this pony had dreads, so I had to take a picture of her.  Obviously she doesn't, but she does have a stylin' do! 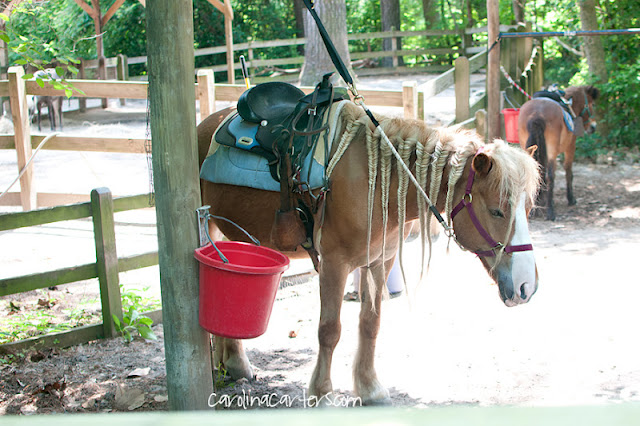 This guy makes me laugh every time we go to the zoo.  I thought he was especially funny on this day.  I feel like such a dork because I walk around the zoo quoting children's books.  I catch myself every time we get to this guy saying, "Is your mama a llama?"  I know I'm not alone though, because when we were looking at the bear and I said, "Brown bear, brown bear, what do you see?" a lady walking by said, "I think every parent says that when they walk over here!"  :)  Yes, my children will probably be very embarrassed soon. 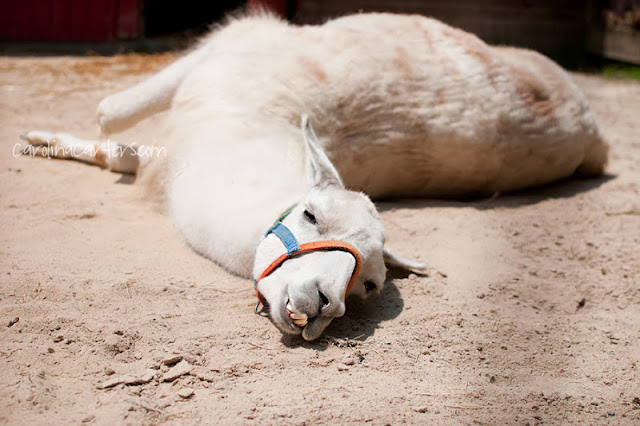 Jenny Kate just took it all in. 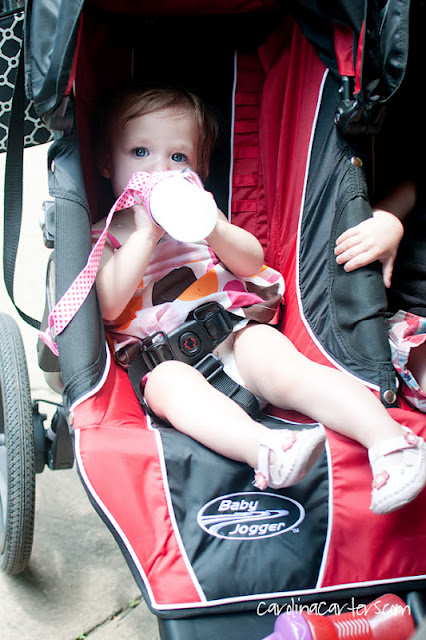 I love the expression on her face in this picture! 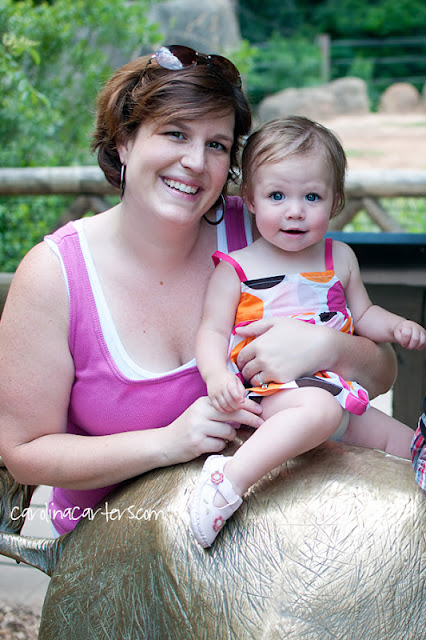 Derrick made his first wish by throwing a coin in the water.  I don't remember what he said he wished for, but it was probably something like "another coin." 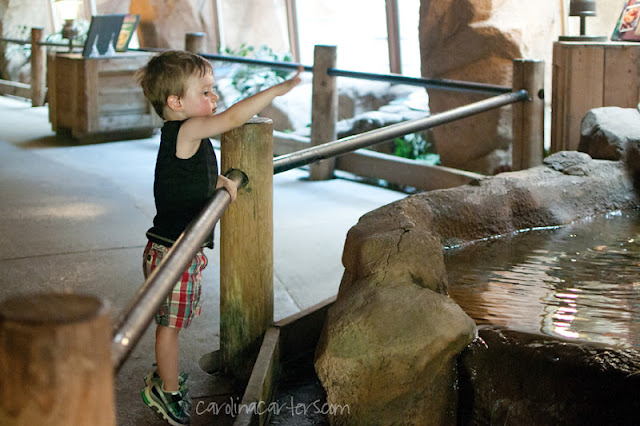 This girl is into EVERYTHING and keeps us so busy.  We love it though! 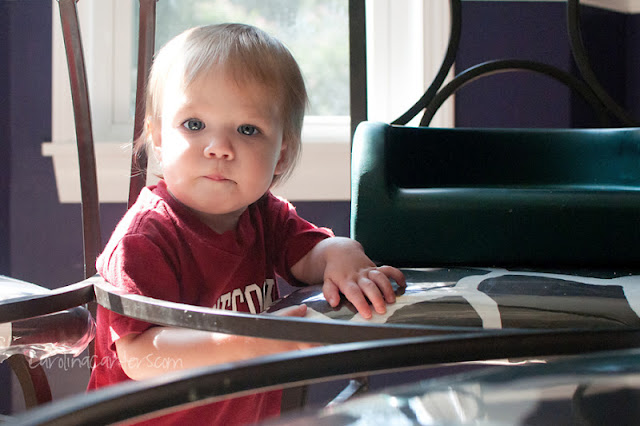 Justin finally got our pool nice and blue so we took our first official swim.  The kids were super excited.  Well, Derrick was.  The water is still pretty cool so JK isn't quite sure what she thinks about it. 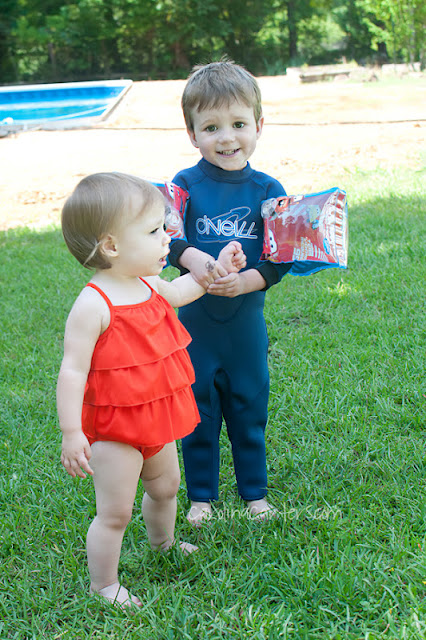 It takes two separate pictures to get them both smiling (and about 20 shots).  Derrick was taking his job of "standing with Jenny Kate" very seriously.  He tries to keep her under control but I'm not sure that's possible. 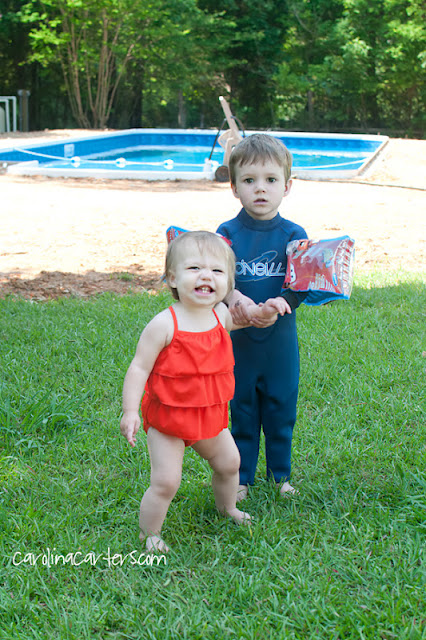 This is typical Jenny Kate.  She chose the only spot of dirt in that entire part of the yard and had to sit there.  In a dress.  That's my girl! :) 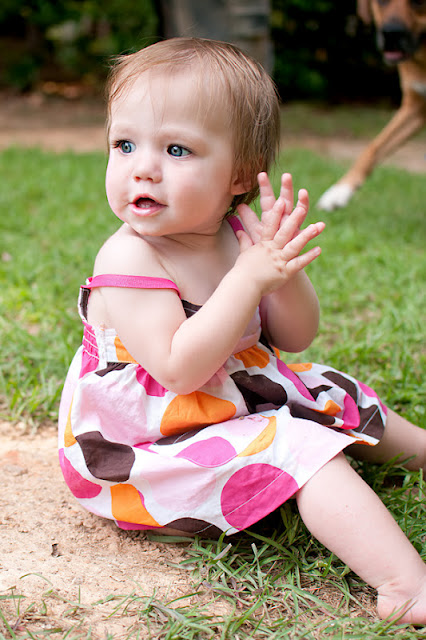 Lorelei came over to play with Derrick while we took care of some BraveHEART business.  It just melts my heart to see these two little heroes so grown up. 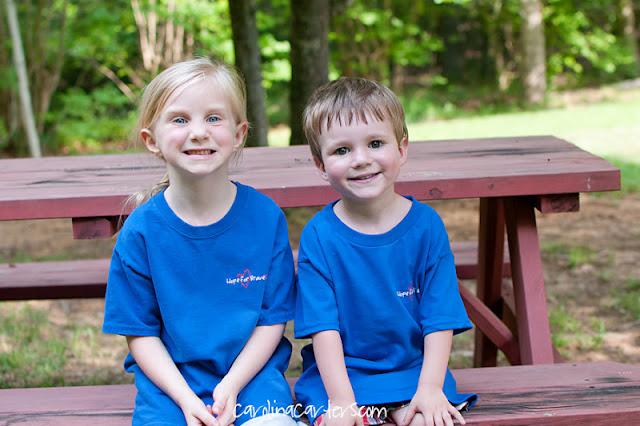 We're supposed to have the concrete poured for the pool this week so we can really swim and we've been working hard in the garden.  We're giving Derrick his own bed to plant his own garden this year.  I'll let you know what he comes up with.   I think it can be a great experience for him. :)

If anyone out there needs a wetsuit for a little one, let me know!  We had to get a new one for Derrick this year because the one from last year is a tad too tight in the tummy.  (Hooray!! and boo at the same time!)  The Buell suit he wore last year was awesome and made it possible for him to stay warm enough to swim and we would love to pass it on to another kiddo who could use a little warmth in the water.  It is much thicker than the one he has this year, but Buell isn't making the little ones anymore (even after I begged them!!), so that was a little sad.  The wetsuit fits probably 18-21 pounds.  It fits really tight, but it's supposed to.  I think it's made for kids to surf in any time of the year.  It's a really, really nice suit so if you can use it, please let me know!  I'd love for another baby to be warmed up enough to swim like everyone else! Click here to see pictures of the wetsuit.

I think that's all the randomness for today.  Happy Monday! :)