Thankfulness Catch Up & The Color Run

I have a little catching up to do.  Justin and I went out of town last night sans kiddos to stay with our friends and to run in the Color Run in Charlotte today.  Fun. Fun!! 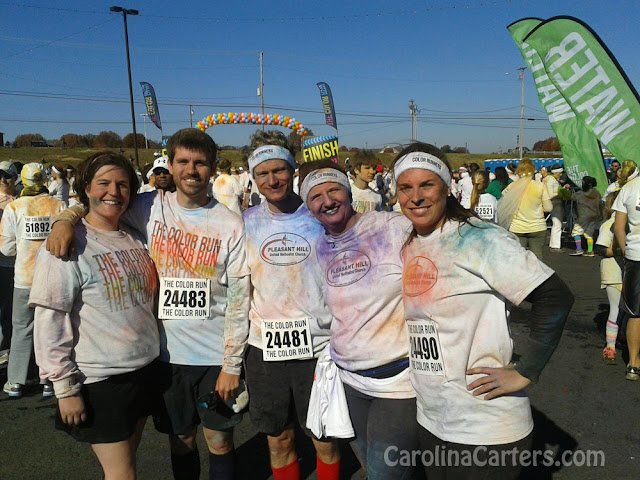 Today (and yesterday) I am thankful for much needed time with friends and a night with the grandparents for our kids.  Justin and I went up to stay with Missi & Joel and Justin's parents kept the kids all night for us.  (This was only the 2nd time we've left them overnight, the first being about a year ago, so this was definitely overdue!)  We enjoyed dinner with just the two of us (and had to smile when someone else's kid screamed during dinner and we didn't have to react at all :).  It was fun staying up late catching up with Missi and Joel even though we had to get up way too early this morning to head to our run.

We signed up for the Color Run back in the summer.  Apparently this crazy run sells out THE DAY it opens (in Charlotte anyway), but we lucked up and had somebody on the lookout to get us signed up. Missi was my original running buddy so it was really fun to finally be able to run with her again...especially in this race.  I also got to run with her new running buddy and it was fun to make a new friend.

This was us before: 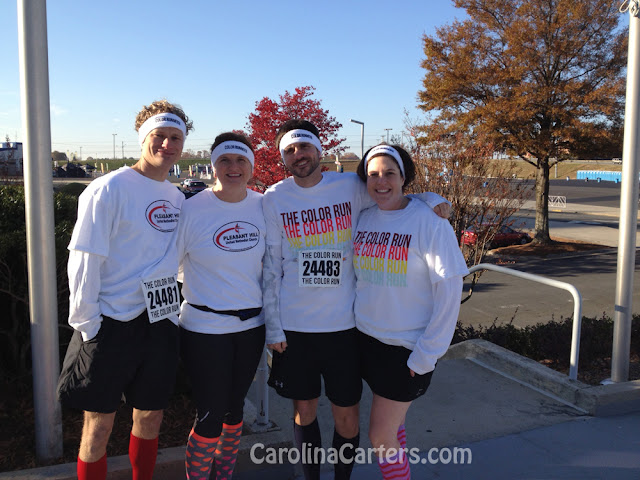 The Color Run was fun (it is, after all, the "Happiest run on the planet"), but it was a tough course!  The hills were killer!  It was a 5k and at every kilometer we were blasted with a different color of cornstarch-y stuff.  It was a fun distraction to getting through the run but it didn't make it easy.  I can tell I haven't been running as much lately!

At the end of the run there was a dance party.  They did waves of color which was really neat.  It was crazy when we were in the middle of the crowd during the color waves because all of a sudden it got really dark and everyone got drenched in color.  It was a lot of fun!  It's also very interesting to find all of the different places the color hides, even after showering.  :) 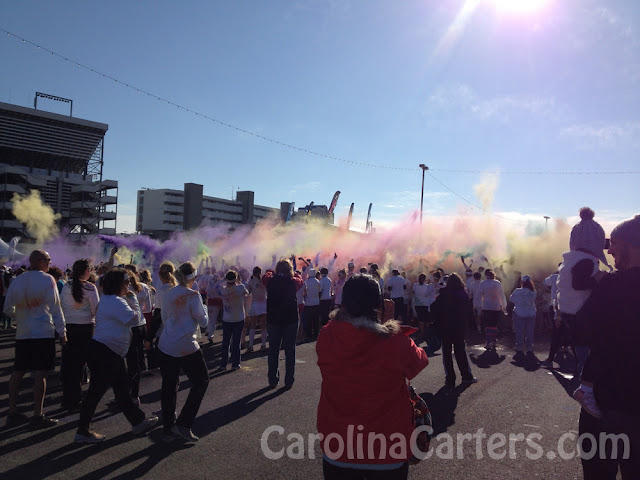 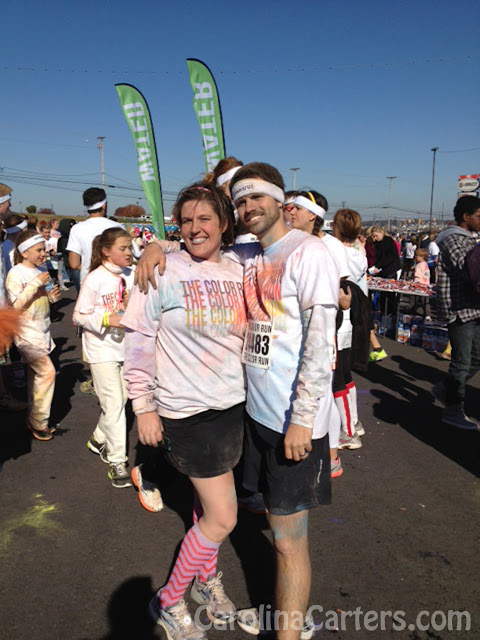 We had an appropriately colorful sky on the way home.  It was so pretty in real life!  It's amazing how many colors can be in the sky at sunset.  This phone picture doesn't do it a bit of justice. 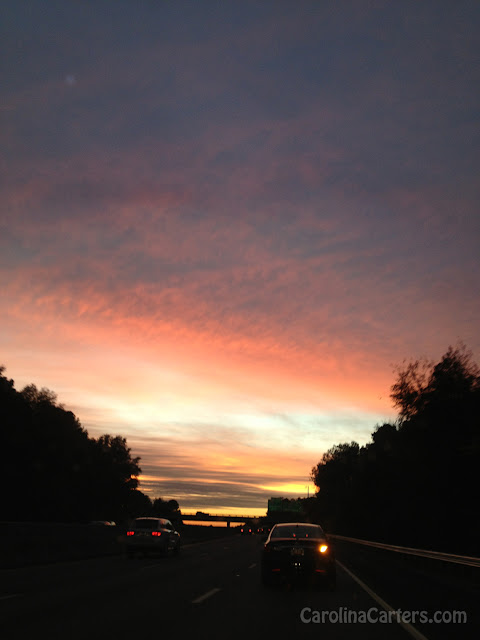 While we were driving home we got this picture from Mamaw: 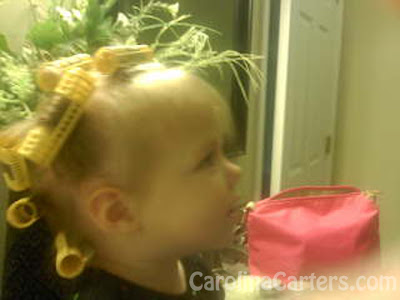 She sat still enough to let Mamaw put curlers in her hair AND left them in until her hair was dry!  I was shocked!


Here she is with her added volume: 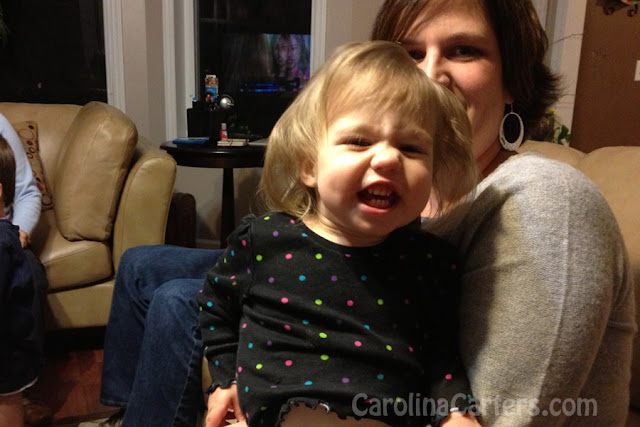 I'm still totally shocked that she sat still long enough to have the curlers put in because she sure wouldn't sit still for a picture!

It was great to have some time to ourselves but it sure was nice to squeeze these babies when we got home.  I missed 'em like crazy! 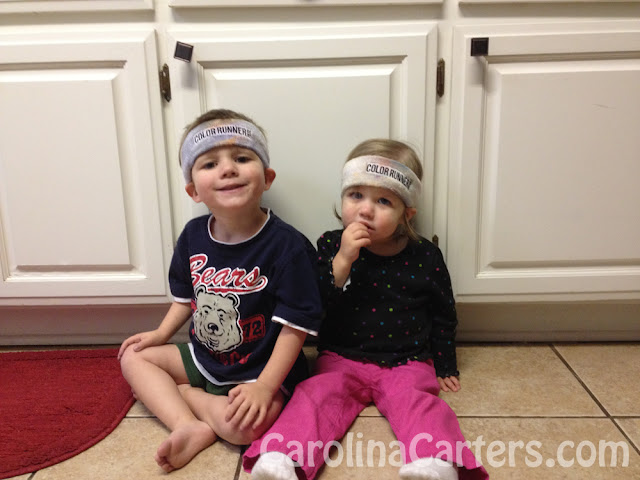