For the past couple of years our church has done a fundraiser to raise money for the church basketball teams.  Last year Justin played, but this year I was asked to play on the girls team.  I haven't played basketball since high school.  And I wasn't even very good then.  I was kinda nervous.  We had a great time though, and I'm pretty sure we kicked booty!  It was a little difficult to tell who won by looking at the scoreboard because you could buy points, but I'm pretty sure we took the middle school girls down.  :)  Even if most of us couldn't walk the next day. 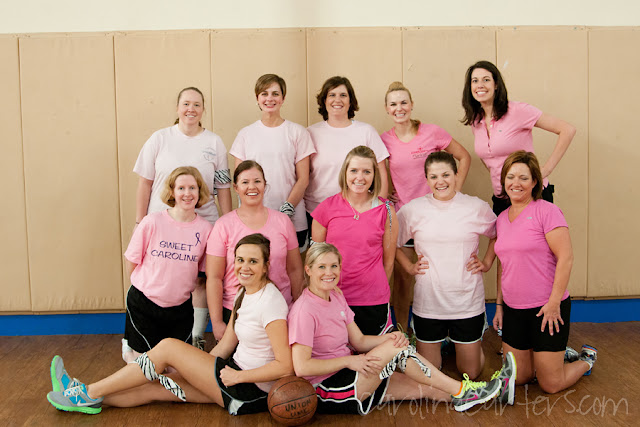 A few shots from our game... 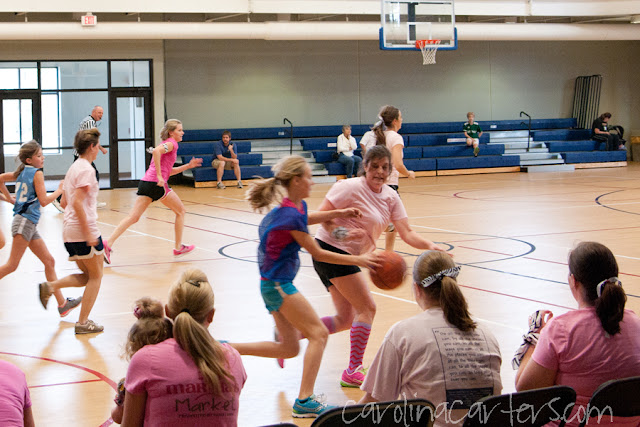 It was pretty serious!  :)  I did score, which considering I cannot remember the last time I picked up a basketball, I was pretty shocked.  I can't remember if it was once or twice, though.  I think I was too oxygen-deprived to remember. 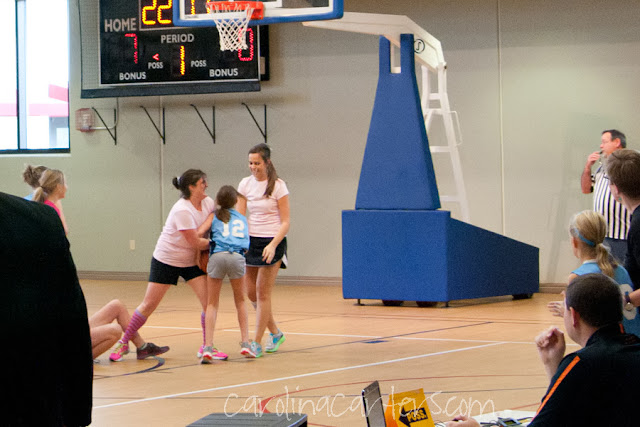 Between our games the kids needed a break so we went to play on the playground.  I love to see my kids play with their little friends.  Someday these pictures will be so much fun to show them.  By this point JK had only one pig-tail and her second pair of leggings on.  It was kind of a rough afternoon. 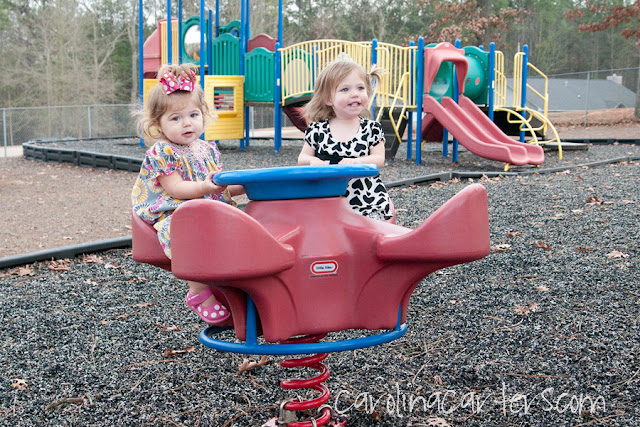 The boys...oh, the boys.  They're so crazy!  Lots of wigs...and Justin used the game as a great excuse to get a mohawk.  He's been wanting one forever and this was a perfect excuse.  I was surprised, but I really liked it.  He still has it and now Derrick has one too!  I haven't gotten a picture of them so I'll do that soon.  D loves having a mohawk like daddy!

The pre-game warm up did not involve a basketball at all.  They did human bowling and and fishing.  Here they are fishing: 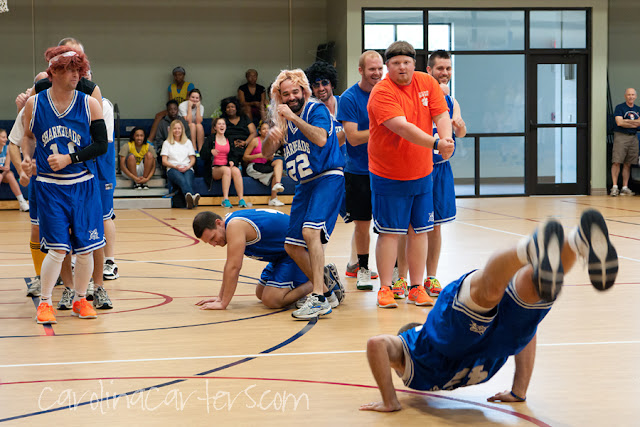 And their prized firsh... 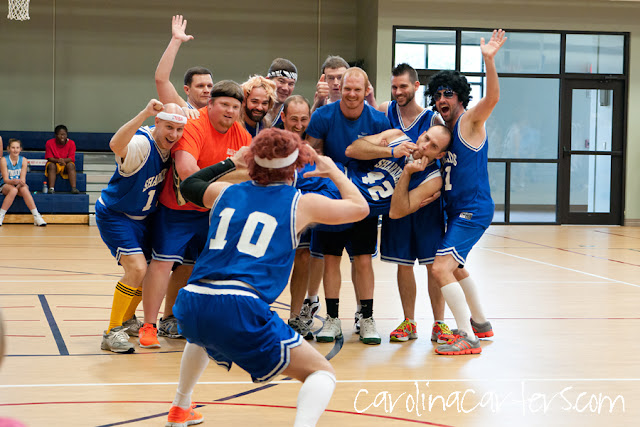 We didn't get a team shot of the boys before the game, so this was an attempt afterward.  They were missing a few and had gained a few extra. 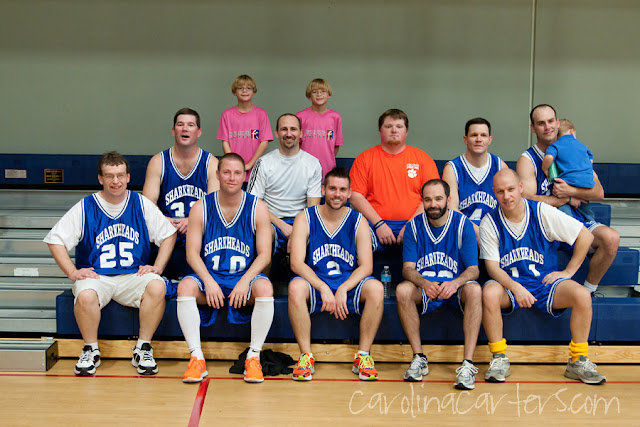 We've had two small construction projects going on. We had some wasted space in the kitchen so we added drawers and now the kids' cups and plates are in a drawer so they can reach them themselves.  That's mostly been good.  JK enjoys pulling it all out, but we're working on it.  Obviously this is a work-in-progress pic.  We still have painting left to do now.  We also added a built-in dresser to Derrick's room.  I'll have to post pics of the completeld projects. 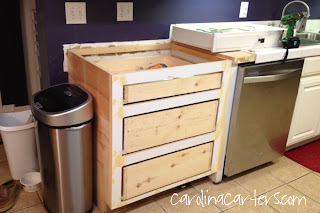 We're so ready for summer around here!  In the past month we've had two rounds of breathing treatments for my man.  They gave him albuterol in the office.  We always get Xopenex because of his heart, but he was wheezing a good bit and all they had was albuterol, so that's what we did.  Boy was he pumped up after that!  I'm definitely glad for Xopenex! 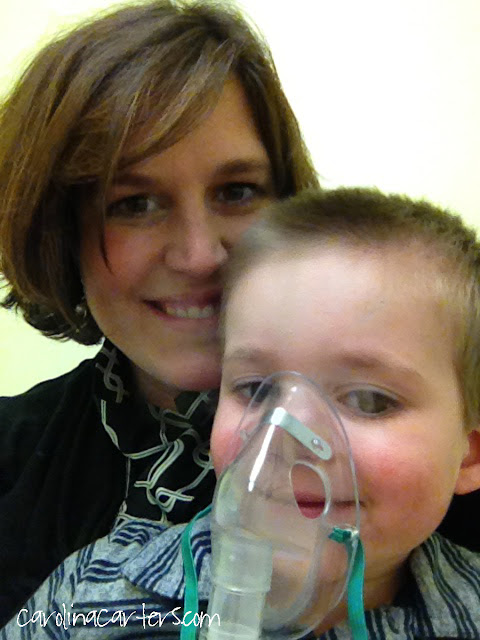 Sometimes it's a fight to get him to do the treatments, but he's a Justin Bieber fan so he'll watch the "Baby, Baby" video over and over while doing his treatment.  Works like a charm! Ha!  He even sings while doing it.  It's really quite a sight! 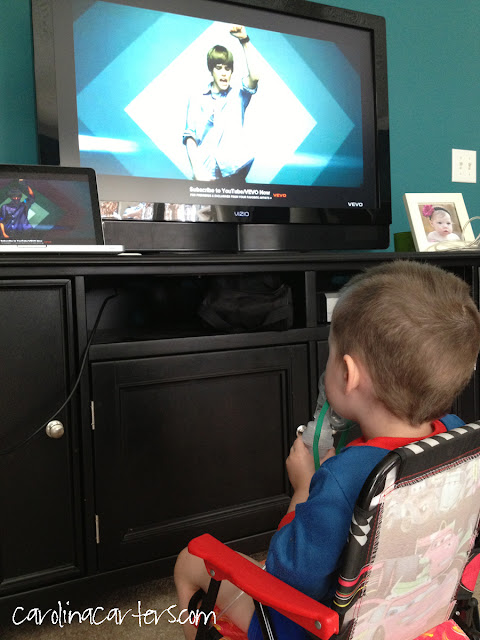 Jenny Kate has had her share of germs this winter too.  As of last night she just may be getting the gunk D has.  She's only been well for about two weeks.  Have I mentioned I'm ready for spring?

On this morning we dropped D off at school and had to run in the store for diapers.  We had one left.  ONE.  How do you get down to one diaper?!  Anyway, she had been insisting on wearing her earrings, so she wore them in the car, the store, and kept them on while she was in the nursery at bible study.  I was shocked!  We might have a little diva on our hands!  She loves her big 'ol clip on earrings! 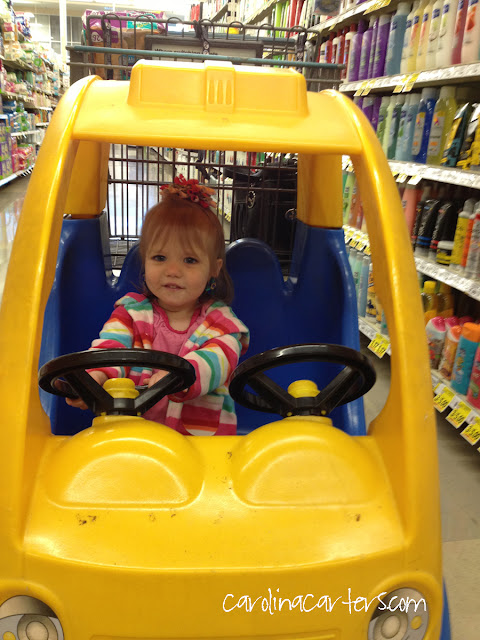 So that's what's going on around here.  So exciting, huh? :)