Digging Day and other March Randomness

Spring is finally here!  It goes from 50 degrees to 80 degrees in a couple of days here, but it seems that the cold is probably behind us now.  Yay!!

My poor boy cannot WAIT to play in the water!  He's been asking about the pool and slip-n-slide for months.  About a week ago when we got that first real hint of spring I couldn't hold him back anymore.  He had to dive in. 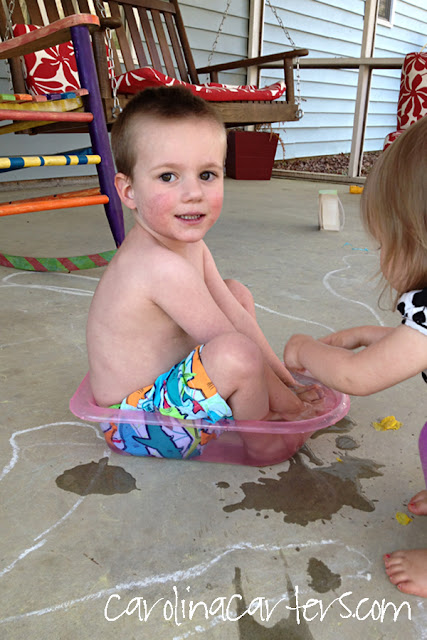 Squeeze may be a better word.  Dive, squeeze, whatever...he was happy! 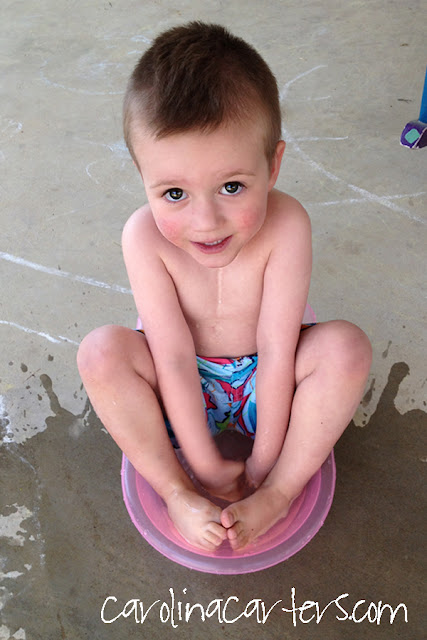 Last week Derrick randomly asked if we could get an apple tree.  The apples that grew on the trees we had growing up were only good for hitting with a baseball bat, so it hadn't ever crossed my mind to plant an apple tree here.  The day he asked for a tree, we were driving home and there was a guy selling fruit trees in a parking lot.  Random?  We stopped and granted the boy's wish.  We came home with two Fuji apple trees.  They have a little growing to do before we see any fruit from these babies, but we're excited to watch them grow. 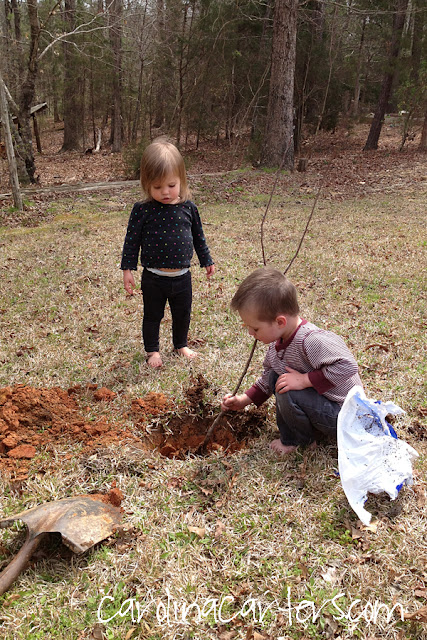 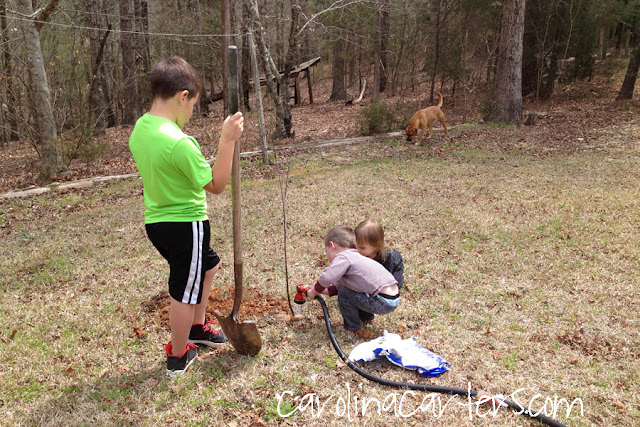 We also worked in the flower-less flower beds that day.  The kids had a grand time digging around and Derrick proudly proclaimed "Today is Digging Day." 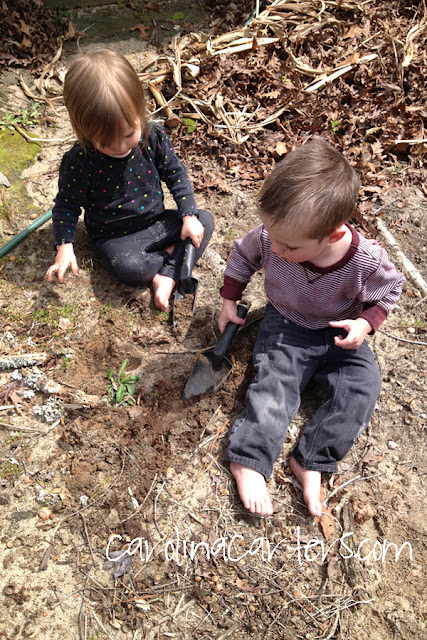 In other random news...

Jenny Kate is obsessed with oranges.  Cuties are her favorite, but she likes them all.  In her world they are called "apples" but no matter the name she loves them just the same. 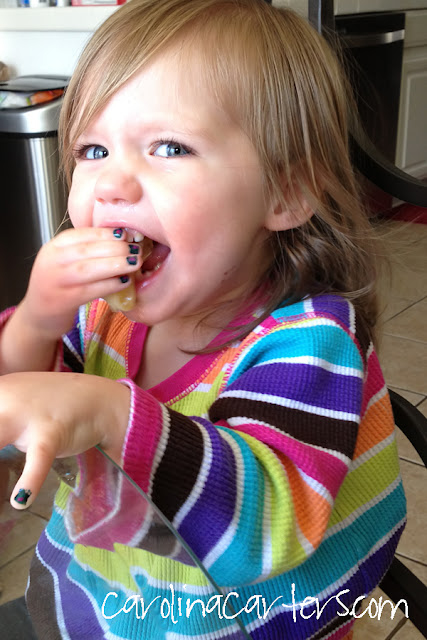 She has also become very interested in helping me in the kitchen.  Here she's testing the dough for tortillas.  Maybe she can help with the cooking soon.  A girl can dream! 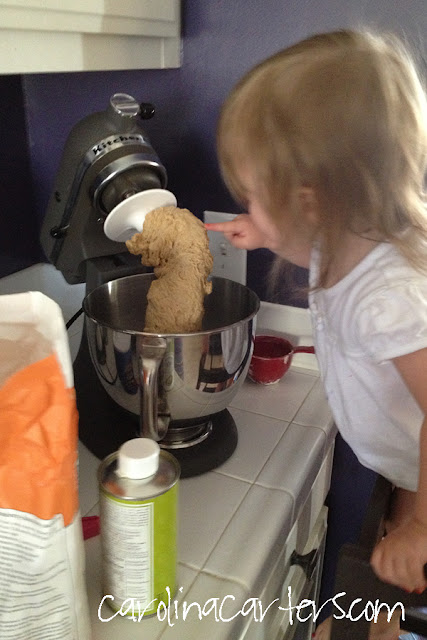 We had dinner at Chick-fil-a to support our little friend, Caroline, raise money for Cystic Fibrosis research.  Lots of our friends were there.  Doesn't this look like trouble? 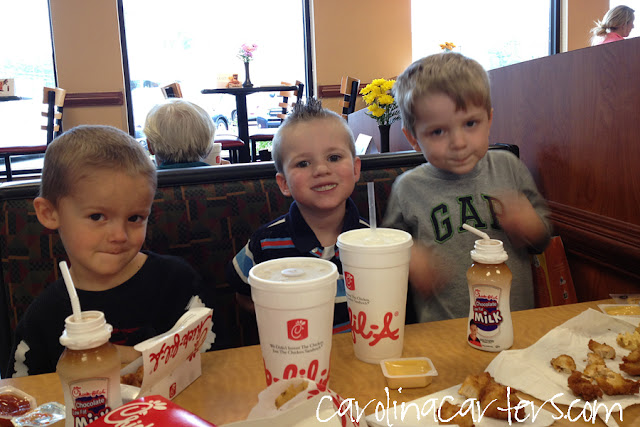 My dad brought red velvet cupcakes over for my birthday.  OMG these were the BEST cupcakes I've ever had in my life!  They were from Walmart!  I think the brand was Kimberly's or something like that, but they were way better than any of the cupcake stores I've ever been to.  Hands down!  Super moist, yummy cream cheese icing and filling in the cake...I wasn't the only one who liked them! 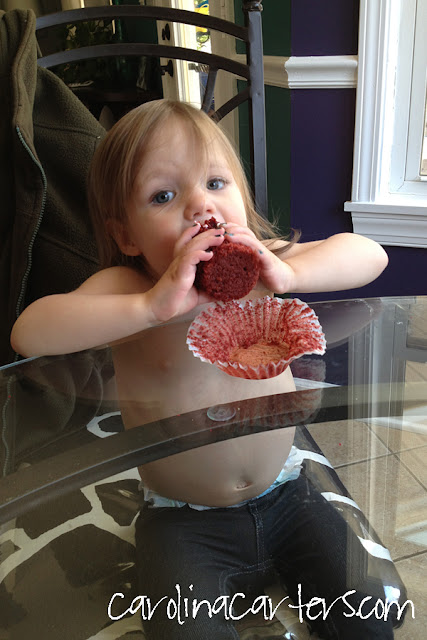 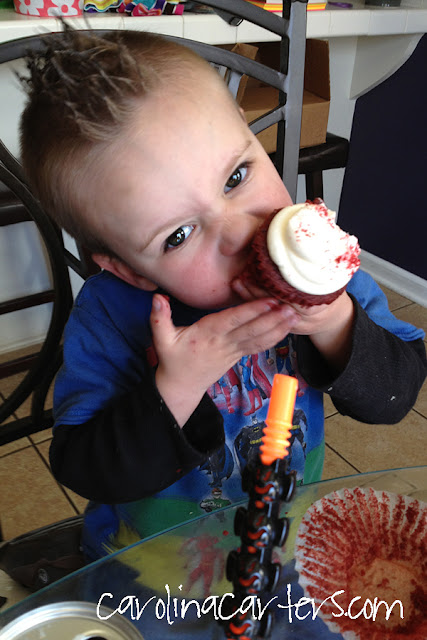 Justin took me to Bonefish for my birthday dinner.  Ahhh, date night.  That sure doesn't happen often enough!  It's easy to forget in the chaos of life and small children that it's a whole lot of fun to hang out together.  Alone.  And not cut up anyone's food.  The manager brought out this box of chocolates for me for my birthday.  Yum!!  They were delish!  The dark chocolate one had flower petals or something on it and it was awesome!  I don't know much about fancy chocolate, but I know this was GOOD!

One morning I took my little girl to Bible Study and I came home with a kitty.  She does love to meow! 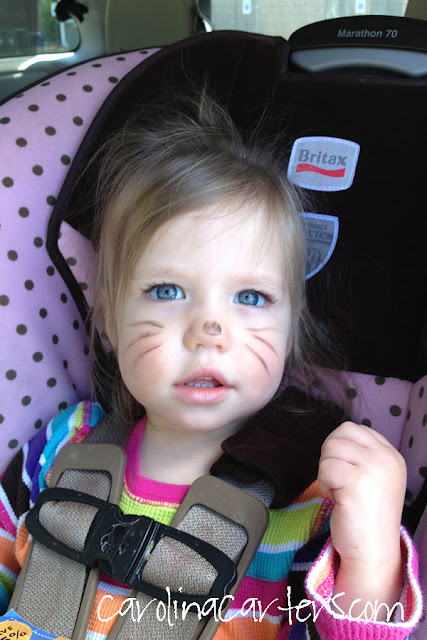 We had several nights of rain recently and somebody does NOT like thunder.  If it thunders he ends up on the "little couch" and Justin sleeps on the "big couch."  Why in the world does seeing a sleeping baby give me the urge to pick him up and squeeze him?  I love seeing my babies sleep.  They're so darn sweet when they're sleeping! 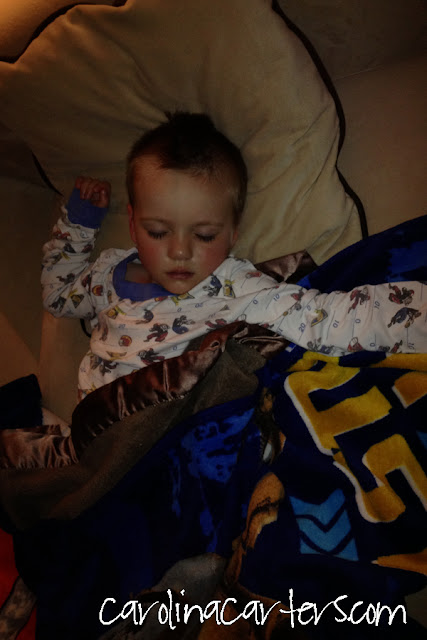 We had a playdate at the mall right before Easter.  Since the outfits I had in mind were too big (ugh!), I had to do a little Good Friday frantic shopping trip.  Being alone with two kids I knew I'd have to bribe them to make it through the mall.  Bribery works and I'm not ashamed to admit it.  Especially when it brings out smiles.  :) 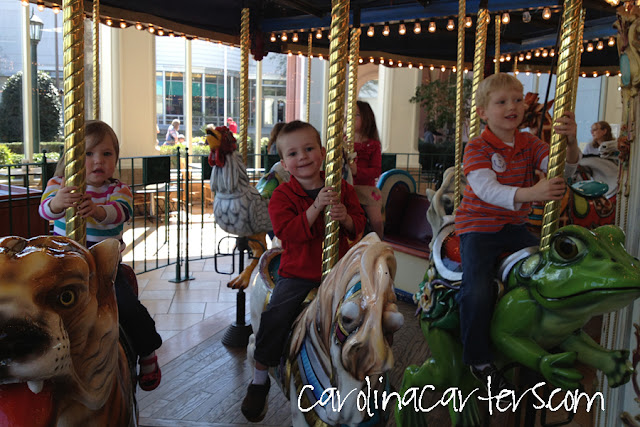 We found a bird's nest in our gas tank outside. The gas tank that holds gas for the fireplace and stove, not the car!  It was really a clever spot but the mama bird left a lot of straw hanging out of the lid.  Justin lifted the lid to see what was under there and she came flying out!  She almost got him in the head!  We didn't bother the nest, but we did take a picture so the kids could see what was up there.  You can't tell from this pic but there are four little blue eggs in there. 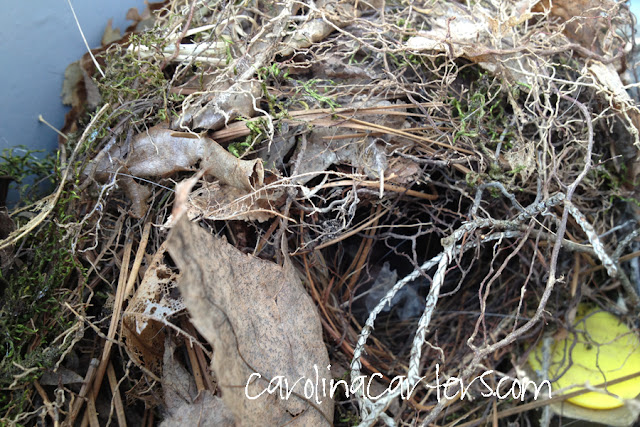 Jenny Kate has figured out the camera feature on the phone and loves to use it.  She has captured some interesting pictures, but she really likes to see herself in the phone. 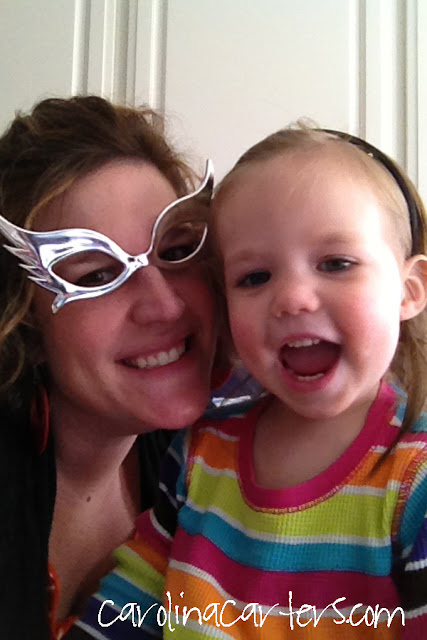 We're one step away from completing the kids' birthday present.  I say we.  I have had minimal involvement in this project.  Our kids are blessed to have two granddads who enjoyed building this playhouse.  I'm not sure who's more excited about it though, us or the kids!  Here's a little peek. 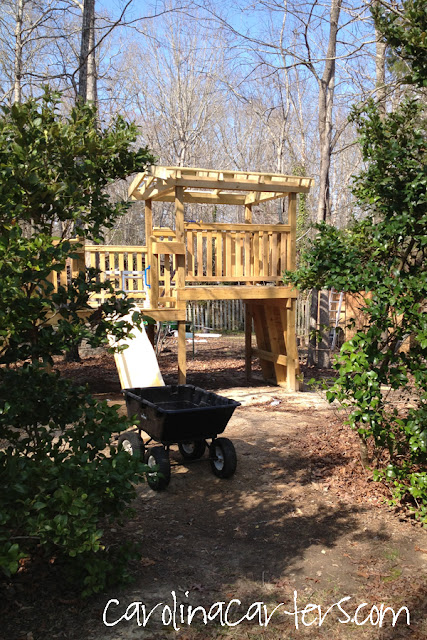 And finally, I couldn't resist adding this picture to the overload.  Easter morning.
So cool he can barely stand it himself!  :) 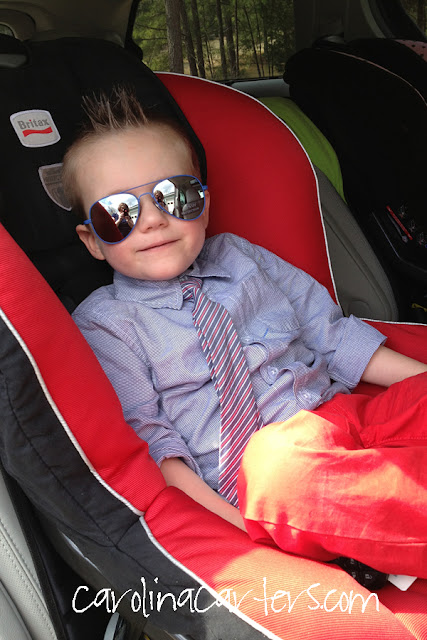 The kids are now awake and we're going to have Digging Day II.  There are a whole bunch of pretty little petunias outside begging to be planted.  Enjoy the sunshine!