Today was a really good day.  It started a little slow with Derrick panicking when he had to get up walk, then Heather, Jason, Sheaffer, Ivy, Zac and Blaine showed up and it was a whole different story.  Well, that and for some reason they had backed off the dose of pain medicine for no apparent reason.  After we got that straightened out and Derrick had an audience, it was on.

Derrick decided he wanted to show off a little and walk for his audience.  Can you tell he was proud?

We decided to go down to the Atrium and have some playtime.  Even through the awfully blurry pictures you can tell he's much happier than he was yesterday during the same outing. 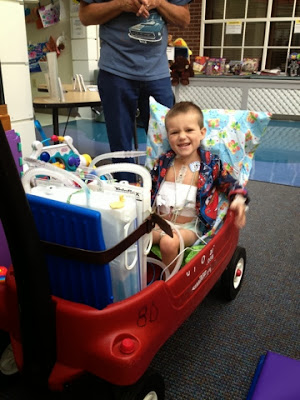 JK loves looking at the fish! 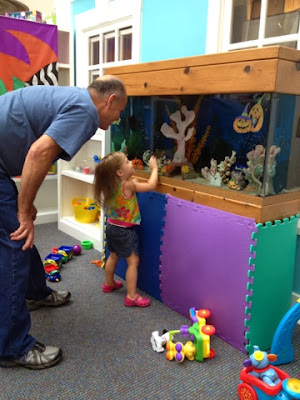 She also enjoyed taking care of the babies in the hospital. 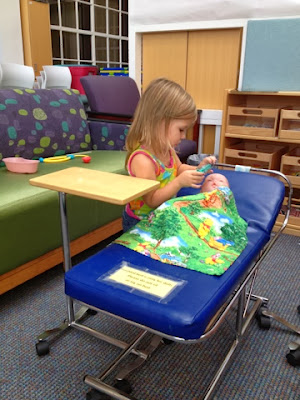 Derrick wanted to go right for the mountain car tracks.  He stood up and played for a long time. 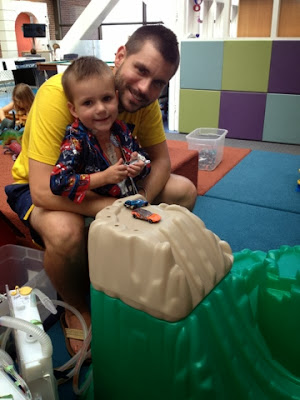 Zac and Blaine had a blast too.  They were answering 911 calls here.  Apparently someone had a funny emergency. 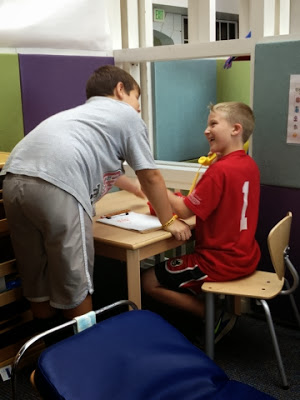 Ivy and Papaw helped Derrick race cars.  He had about 10 cars up there at a time so he needed additional hands for his project.  He was bossing them about which cars needed to go and where.  It was nice to see him really getting into playing again.  We'll work on the bossiness later. 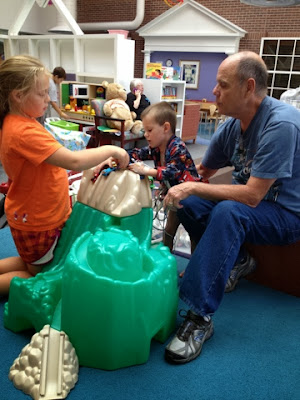 The big kids enjoyed a game of pool 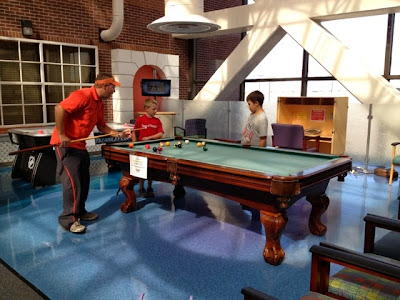 while we did art.  The project for today was water color salt painting.  It was really neat!  You draw your design on the paper with Elmer's glue, sprinkle it with salt, then dab the salt with the watercolor.  The salt soaks up the glue and has a neat effect on the paint.  It kind of makes it run, but in a neat, pretty way.  It was fun!  JK would have used all of the glue if she could have.  And all of the embellishments! 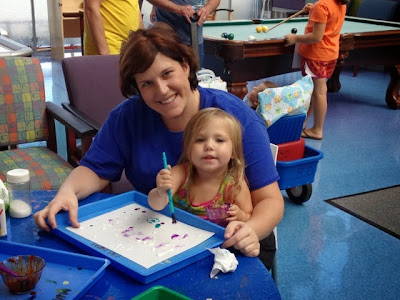 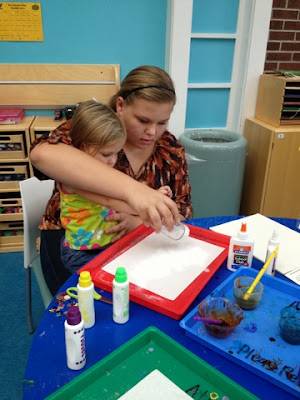 The big boys moved to the air hockey table and Derrick wanted to watch. 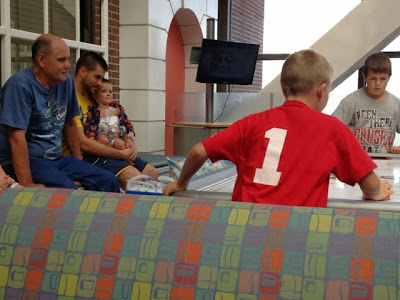 After a little while watching wasn't enough and he had to play.  He had a blast and was upset when it was time to leave.  Derrick made friends with a little girl who followed him around the whole time we were in there.  I talked to her dad right before we left and as it turned out she was waiting for her baby brother to get out of his heart cath.  He's 4 months old and has HLHS.  I hope watching Derrick play today was an encouragement for her daddy! 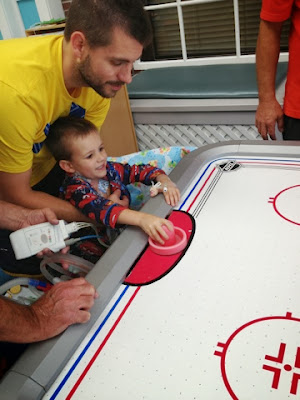 After about an hour and a half in the Atrium we headed back to the room and were met by Bristol, a therapy dog.  Boy was she a hit! 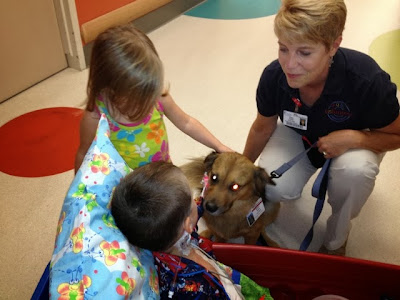 She flopped right in the floor and let them rub all over her.  She has a great job! 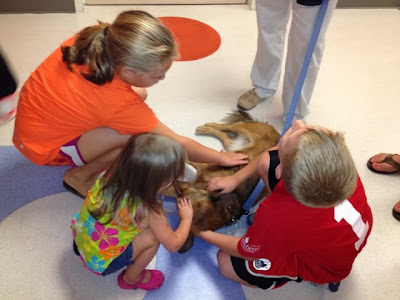 Once we made it back to the room our happy boy caved.  He was worn slap out and just melted down.  He kept asking to go back to the Atrium as he cried from exhaustion.  He took a good nap (while we sneakily ate our Chick-fil-a) and felt much better after a good snooze.  He had a dressing change so he "needed" to open a present.  He got these fun things from his special heart buddy Ethan.  Thanks, y'all!! 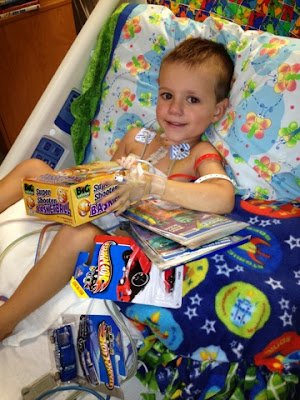 As a very immature side note, we found this interesting item in the grocery section in the Atrium.  The adults giggled like kids and the kids looked at it and kind of rolled their eyes.  Out of curiosity, what edible item would this most likely be? 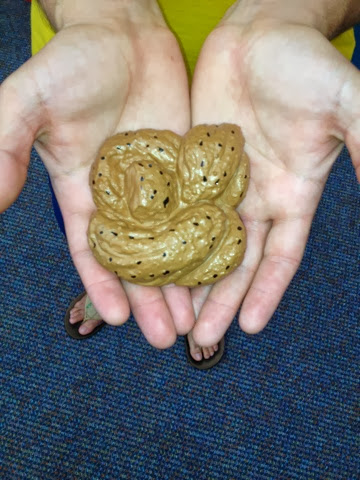 This morning they decided they could not pull Derrick's middle chest tube because his drainage pretty much doubled instead of went down.  We already knew that would happen because we talked about it with his nurse last night and knew it was higher.  The increase was due to him actually being active yesterday.  The fluid is there and has to come out, so hopefully the more he gets up and moving the faster it will come out.  He's already filled up a chest-fluid-collector-box with his side tubes and we've heard several times about how we'll "be here for a while."  Needless to say, we didn't get our hopes up when the nurse mentioned tonight that they may pull that middle tube in the morning.  I'm not holding my breath but I sure would be happy if they did.  We definitely don't want them pulled early and have to be put back in, so we'll patiently wait.  I hope.

As far as prayer requests for today:
Thank you for praying for us!  We SO appreciate it!!