I love to cook. I hate to clean the kitchen, but I really do love to cook. This past month has been a bit of a challenge considering Derrick's uber low fat diet (12 grams of fat per day), but I've been determined not to go the fat-free mystery meat route all the time.

Tonight we had stuffed shells with pumpkin cream sauce that had less than 1 gram of fat per (Derrick sized) serving.  It actually tasted really good!  I have a list of recipes to share in hopes that they'll help the next chylous victim, but I need to write up the changes I've made to the recipes first.

Anyway, the second half of my day always seems to be spent in the kitchen, and I sure love it when my family joins me. Even if it is to count down the minutes until dinner comes out of the oven.  :) 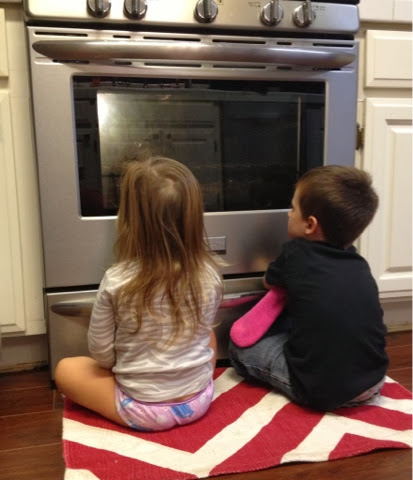 Tonight for dessert we made pumpkin muffins.  This is a "recipe" I've used for years.  It's seriously the easiest muffin recipe there ever was.  Whoever came up with it was genius!  All you need is a box of spice cake mix and a can of pure pumpkin.  Mix together and bake until a toothpick comes out clean.  Easy and SO good!!  We've made these at least five times in the last month and everyone who tastes them loves them!  Including Mr Uber Low Fat himself.  He begs for them! 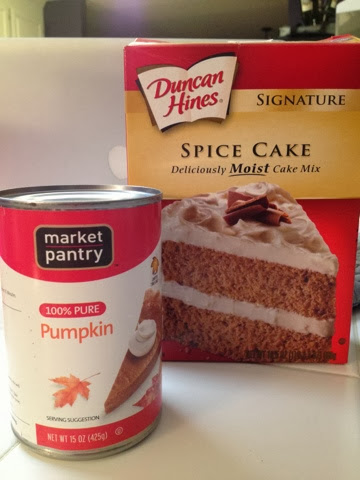 The awesome thing is, if you put them in mini-muffin liners they're just under 1 gram of fat and 52 calories each.  I have been known to whip up some fat free icing to slather on these and take a couple of them to a birthday party so my boy could have cupcakes like the rest of his friends.  They're awesome...you totally need to try them.  But they're addictive, so consider yourself warned.  (And as a side note...they come out the exact way they go in, so if you put the batter in the liner with a spoon and it looks all spiky and lumpy, that's how they'll look when they're done.  I use a ziplock bag and pipe the batter into the liner so they'll look smoother.  Not that it really matters, but it matters to me.  :) 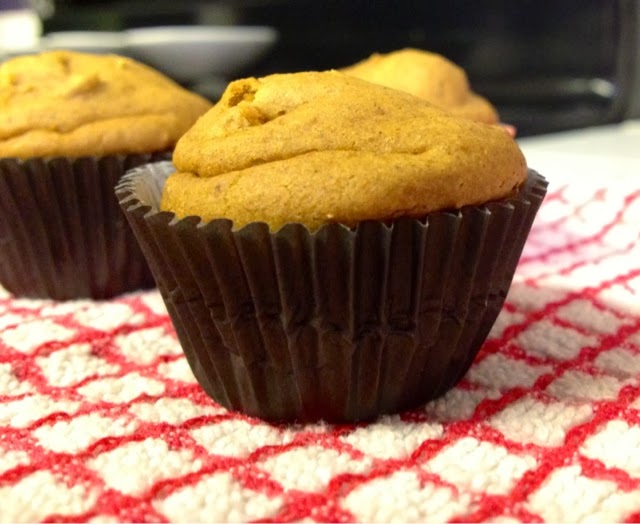 They're so easy, in fact, that D and JK made them themselves.  Well, sort of. 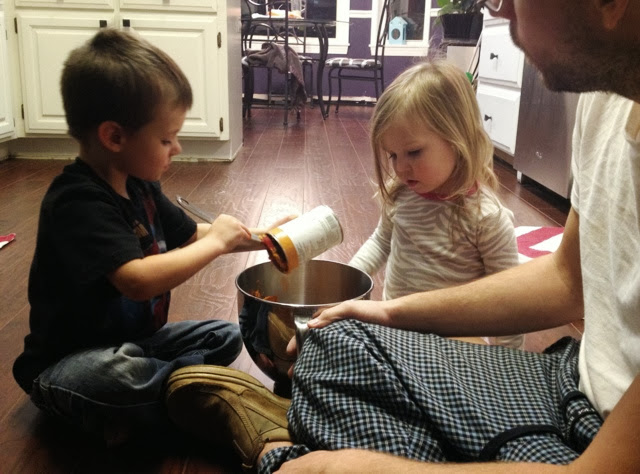 They're equally as good raw as they are cooked.  And there are no eggs, so it's just fine to lick the  beater! 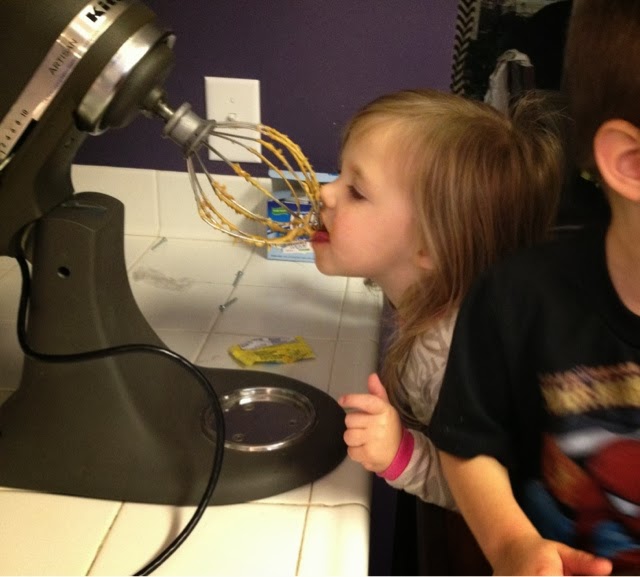 I must admit that I'm so ready to have some butter and red meat, but this whole low fat/ fat free thing has been a challenge I've tried to embrace.  I'm just thankful to have a kitchen to practice in and willing mouths to to test the sometimes interesting concoctions.

And PS, if you think you lose weight on a fat free diet, I'm very sorry to burst your bubble....NOT true!  We are all four living proof of that one! ;)