Another Chance at a First Day

Thank you, Jesus, for letting my boy have another first day of school! 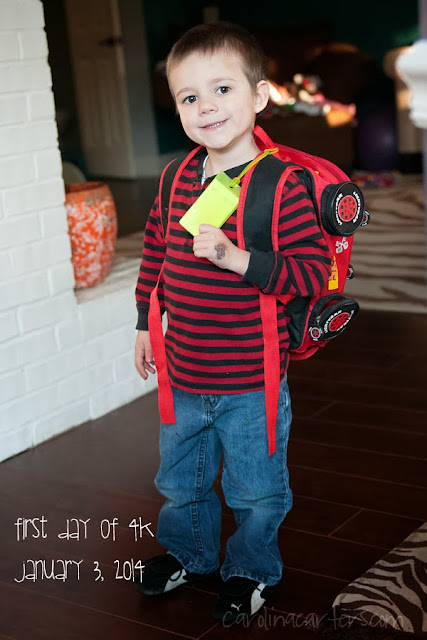 There have been times in Derrick's life where I have been afraid to think this far ahead.  Shamefully, I'll admit as I watched him go through his 3K year there were days I was afraid there wouldn't be a 4K year.  Looming heart surgery can do that to you.  If course I didn't think like that all the time, but I won't lie and say those thoughts weren't there.

I am beyond thankful that Derrick was able to go back to school!  On the last day of school before Christmas D and I went to meet his teachers.  (Who are AWESOME!)

He had a cookie and explored the classroom while I talked to his teachers. 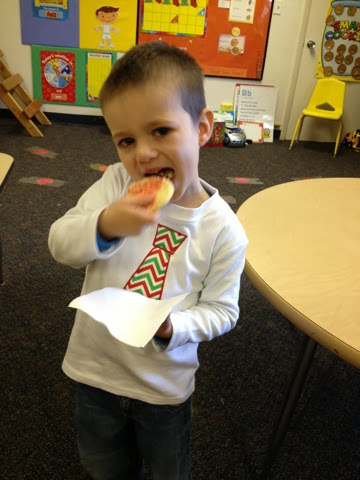 He played in the manger, 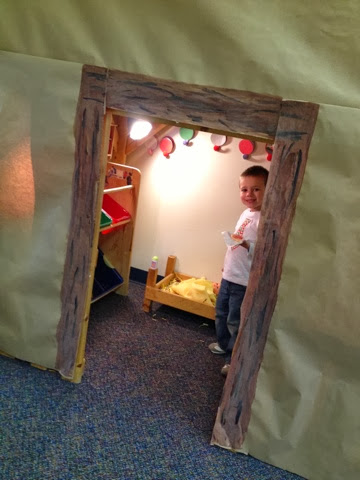 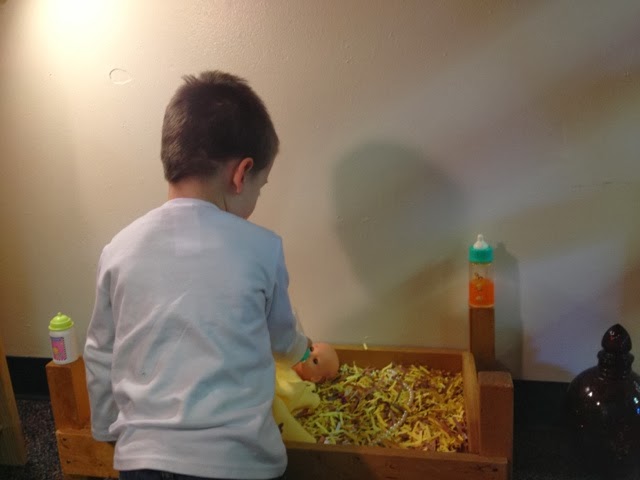 and played in the reading loft. 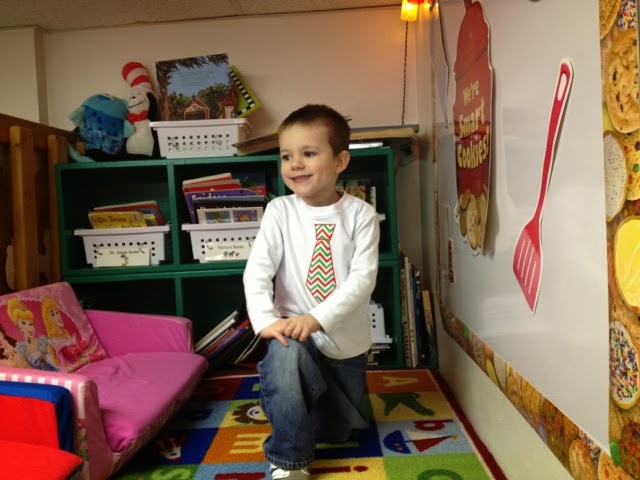 We left school and went for a fun treat.  Mommy's favorite, therefore a kiddie favorite too.  Derrick enjoyed his "cold hot chocolate" and really enjoyed not having to share it! 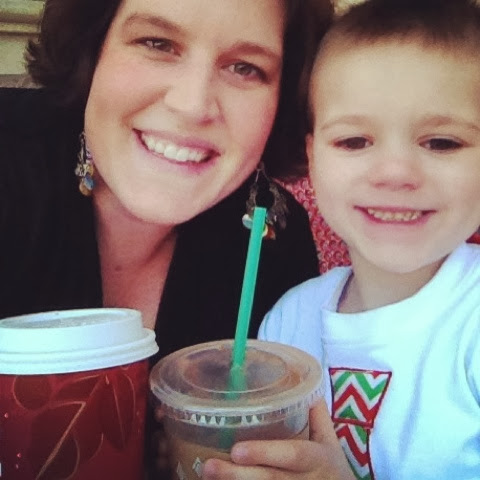 After exploring his classroom and meeting his teachers, Derrick was so excited to go to school!  He counted down the days over Christmas break.  When the morning finally came he was a little hesitant, but still excited.  Jenny Kate and I walked him in and Ms R came running out to greet him.  He felt so special!  I could tell he was a little nervous, but he hung his bag and coat on his hook and walked right in.  I got a little smile, wave, and "Bye mommy!" That was it! 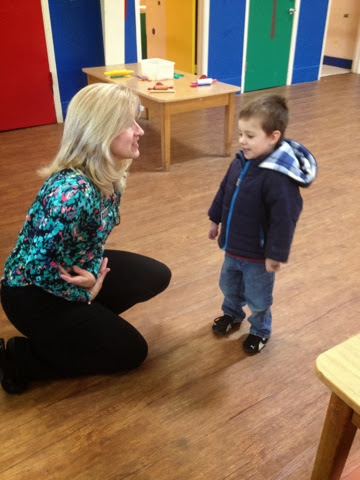 While he was getting unpacked I looked over and Jen had taken off her coat and was in the process of finding her own hook to hang it on.  She told me she was going to school with Bubba.  It took some coaxing (and maybe a little bribery) to get her out of there without a throw down.  I kept running into people telling me they were so glad he was back and it took all I had to keep my composure.  Jk's mini meltdown was a good distraction.  :)

While we waited for school to end we went to our favorite hangout, Target.  It's wildly different shopping with only one child!   Jen got her "smoovie" and was a happy camper.  She only asked about Bubba and demanded we got get him 5 or 6 times, which was better than expected. 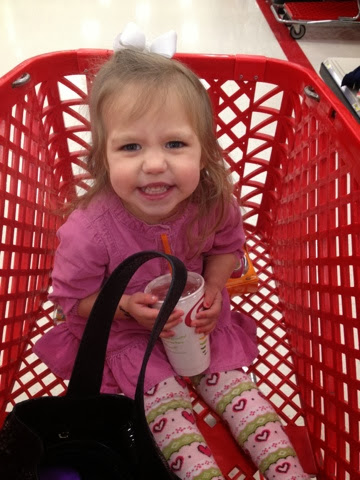 We went to pick him up and he was having circle time with his class.  He looked as happy as could be.  We were worried about how it would be for him coming in in the middle of the year, but all of his new friends were so welcoming.  One boy told Ms R that he was "proud of Derrick" for doing so well on his first day.  Ha!  Jenny Kate and I were introduced to his new friends and she enjoyed prancing around saying hello to all of them.  She was acting like a little movie star!  Our hands are full with this one! :).

When we got home D excitedly showed me my mail and the two of them got busy picking out which books they wanted to order (which I totally forgot to do!). 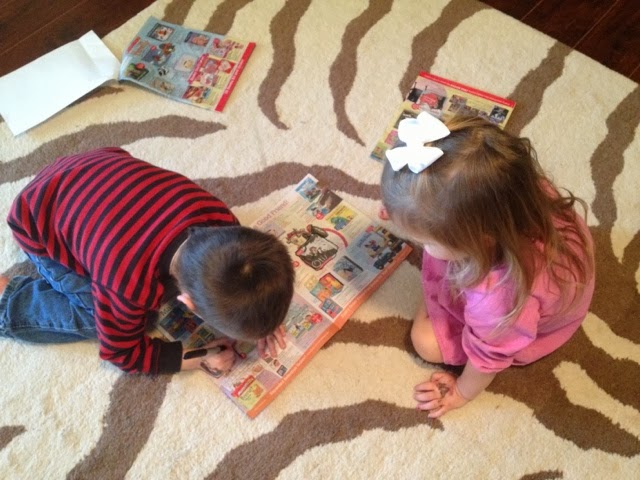 He had a wonderful first day and has every day since. He gets excited when its a school day and sometimes angry when it's not!  I love hearing about what he's learning and seeing his excitement as he hops out of the car in the mornings.

What a blessing Derrick's school has been, and what an enormous blessing we have been given to watch him grow and learn another year.  We are SO thankful.