We're learning a lot these days.  The biggest learning lately seems to be happening on the baseball field, although Derrick isn't the only one learning from this whole experience.

Tonight at the end of practice the coach had them run the bases.  The first two times Derrick crossed home plate (well, he didn't actually cross...we're working on that concept) he had a huge smile on his face.  The third time he was struggling some.  By the fourth trip of non-stop running around the bases my boy had slowed down a good bit.  He was the only kid out there still making his way around.  The rest of his team had finished and he was rounding the corner of first base, but he kept trucking along.  Those little legs were moving and his arms were pumping.  I could see the determination on his face...eyes straight ahead, tongue poking out...that's D's determined face.  He was going to make it around just like every other one of his teammates.

And I was in tears as he did it.

It took every ounce of control I had not call him back as he started that fourth lap.  As soon as his team did their little huddle I ran out on the field and asked him if he was ok.  He was opening his drink and said, "I'm tired!"  Nothing about being out of breath, nothing really at all.  I think more than anything his legs were probably pooped because he's never run that much in his life.

I am so proud of how much effort he's putting into baseball.  He really loves it.  He listens to his coaches, he tries hard and he does everything the other kids do, even though he's always the last one finished.  He's learning the concepts of the game and what it means to be on a team, and I'm learning how to step back and trust him a little bit.  I'm learning to trust him to listen to his own body instead of rushing in and limiting him.  It's hard though.  I want to see him succeed more than any person in this world, and I don't want to hold him back or embarrass him because I'm afraid he can't do it.  Because as he proved to me tonight, he can.  He's not the fastest but by golly he's the most determined.  And I think that may be even better.

They had their Opening Day game Saturday (which was hilarious, by the way!).  I took my big camera, pulled it out at the beginning of the game and realized I had no camera card.  Ugh!  Crappy phone pics it had to be... 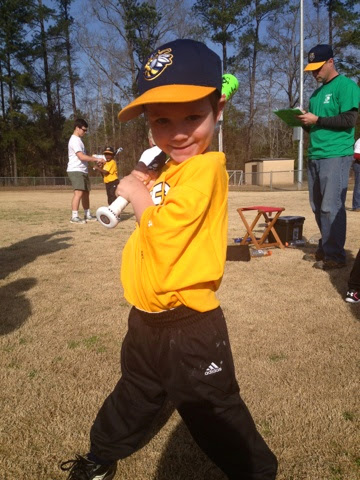 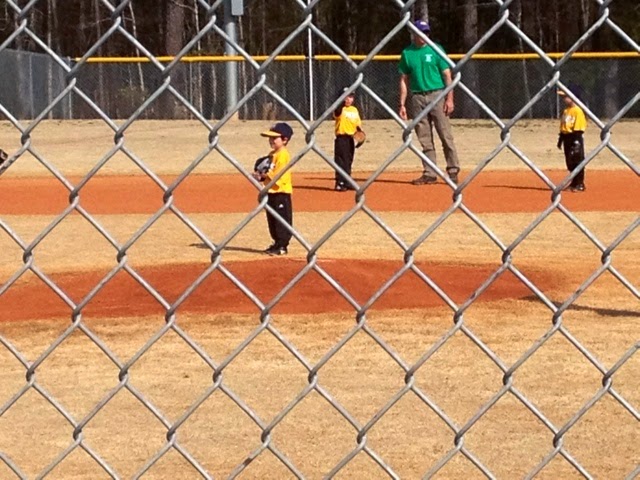 And speaking of learning...this priss has now decided she should be in charge of her outfits and insisted on this ensemble this morning.  She's such a mess. 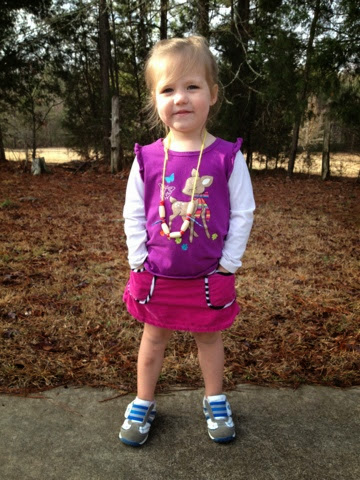 I'm trying to learn to let go a little there too, but we have some color coordinating lessons to go over.  :)

Happy first day of spring!  Bring on the sunshine!!