One of Those Families

We're one of those.

We've joined the other side.

It was a decision that weighed heavily on my heart and kept me awake many nights for close to a year.  I forced Justin to talk about it all the time.  I cried about it, prayed about it, fought the urge to say we were going to do it, until finally gave in and said, "I think we should do it."  I didn't want to be "one of those" people.

I didn't want to deal with the raised eyebrows of people who thought it was a bad decision; those who would say:

"You can't shelter them forever."

"They've got to go out into the real world without you sometime."

The list goes on, and on, and on.  I didn't really want to deal with people and their thoughts on what we should do with our kids, so for a long time I didn't say anything at all about it.  I really didn't want to feel the need to give a long explanation of why we've decided to homeschool.  Heck, I don't really and truly know myself!  I just know there was no fighting the feeling in the pit of my stomach when I thought about sending my boy away to big school for 40 hours a week.  The instant relief I felt when I finally said our decision out loud confirmed for me that it was God urging, not some crazy bandwagon I was trying to decide if I was jumping on or not.

So here we are, homeschoolers.

It sounds sort of odd to me, but I'm excited about it!  We all are!

The beautiful thing is, we actually get the best of both worlds.  A few years ago a friend I used to teach with started a school for homeschoolers.  Oxymoron?  But, the school is two days a week and all of the homeschool kids go to "real school" together.  It's perfect!  They have lunch and recess, art, Spanish and other electives along with their core classes.  They'll go on field trips and have a science fair and a wax museum.  They have teachers other than us and have to follow class rules and work with other children.

It's awesome!  We just finished week four of school and we're loving it.  You know my favorite part?  Every single morning of "school school" starts with Chapel.  We all start the morning with 30 minutes of praise songs and a devotion for the whole school.  I can't even describe what it's like to hear the voices of 200 children singing, "Bless the Lord oh, my soul" together.   If it doesn't give you chills I don't know what would!

So there you have it.  We're homeschoolers.  I've been told by a few seasoned homeschool moms that it's a year by year decision, so that's how we're looking at it.  Who knows what the next years will bring, but for now, we're happy with the choices we've made.  The kids seem to be happy too, so that's definitely a win!

It was such a mixture of emotions sending this boy off to his first day of kindergarten.  We're so very thankful this day came.  It was one that for a long time we weren't completely confident that we would see.  So thankful! 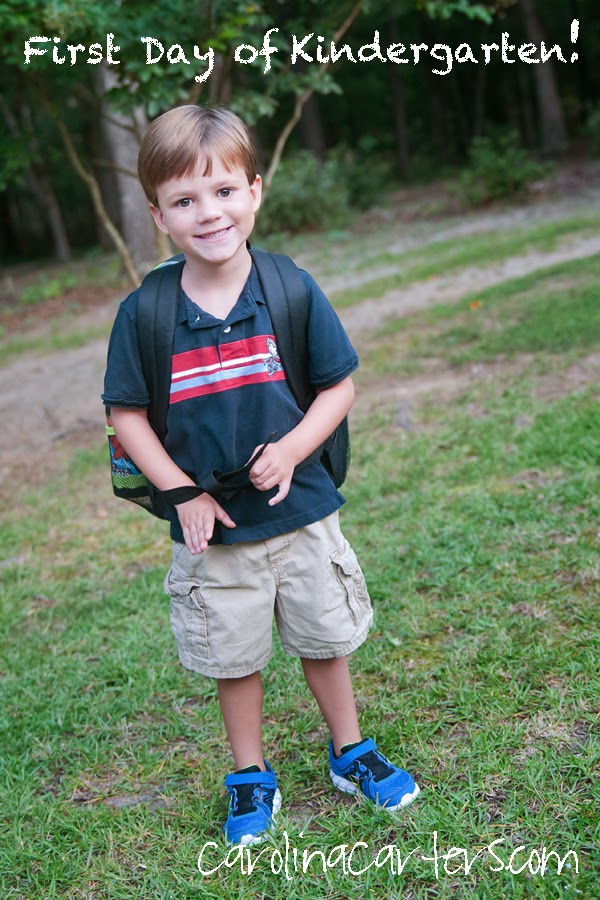 He had a really tough time the first two weeks...which was really only four days, but I think we're finally past that.  Now he's loving it!   Thank goodness!!

And Jenny Kate...my girl has been looking forward to this day for a year!  She was so insanely excited to go to school! 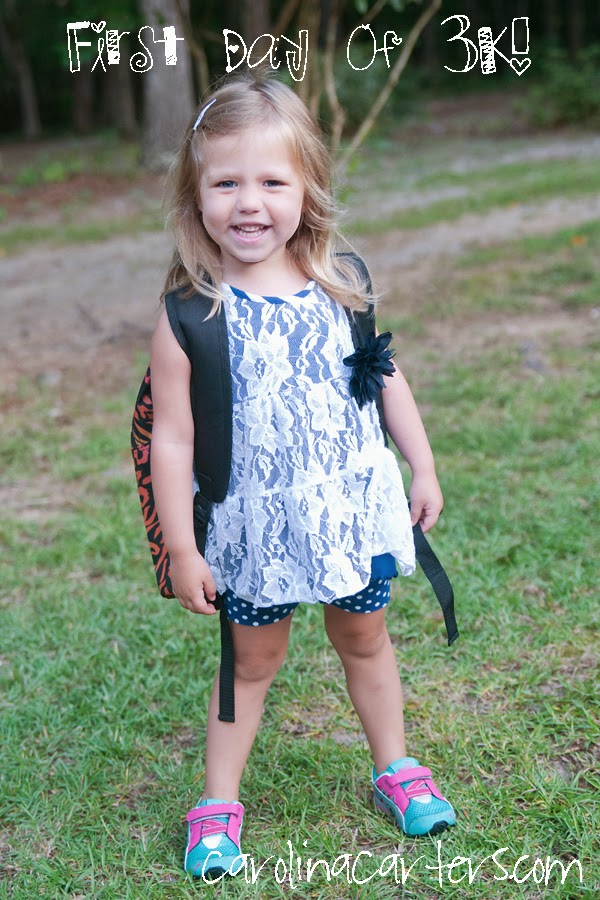 She's had a really fun time at school and it wasn't super difficult for her.  At first.  I think she picked up on Derrick's anxiety (the boy wasn't even sleeping!) and after we got through the first two weeks decided she'd start crying when it was time for school.  At least they weren't both having a crazy hard time at the same time.  That would have sent me over the edge for sure!  We're still working through Jen's anxiety, but I'm hopeful that it will end soon.  She just told be she loves school but she's never going to stop crying about going.  Ha!  Drama.  I'm pretty sure she'll give up soon. 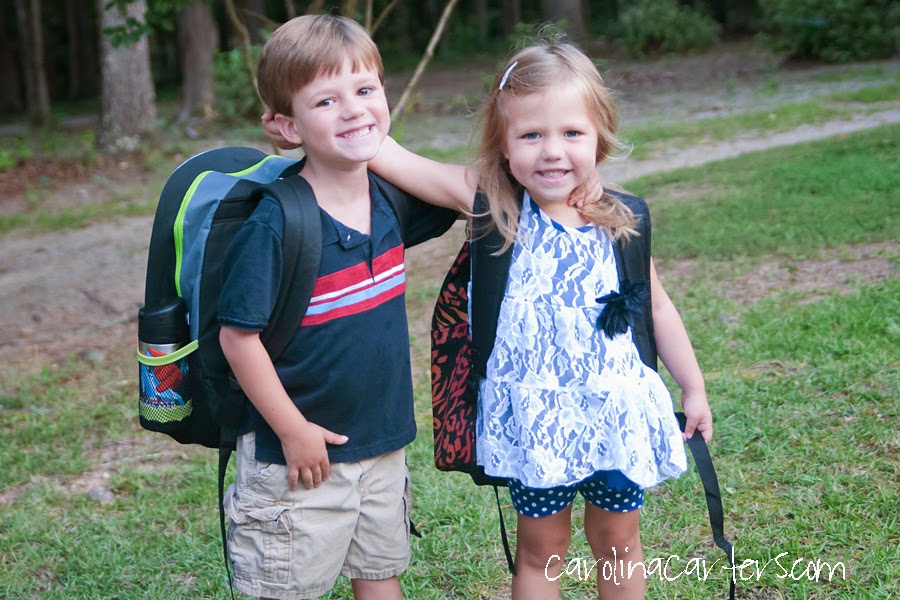 So far we've loving school days at "school school" and with school at home.  Speaking of, it's time for me to drag the kids in from their sidewalk painting outside this morning and do a little school work.   I do love these non-rushed school mornings!

I had to be in a first day of school picture too, because it was the first day for all three of us!  I'm back in fifth grade and teaching a pre-algebra class at their school.  Loving it! 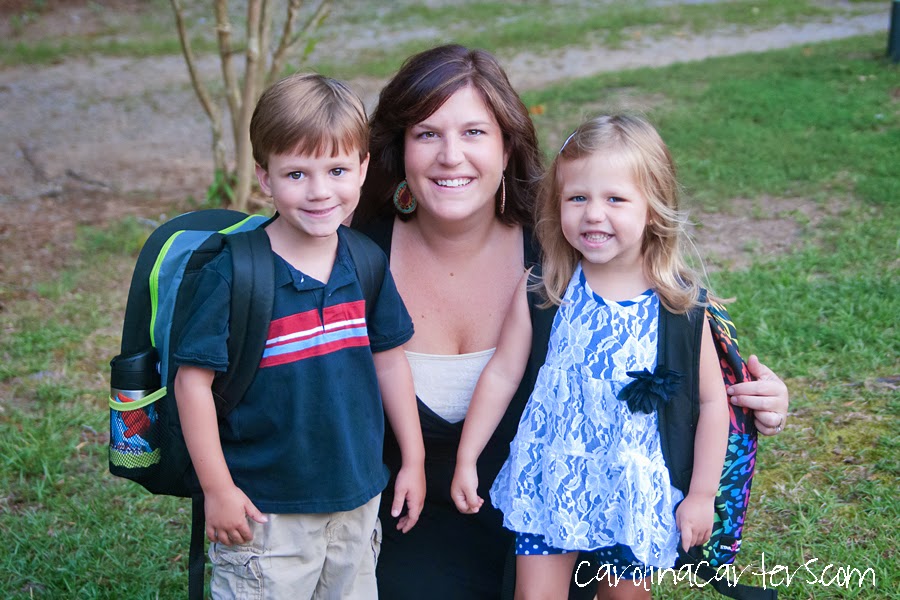